One more Hell in the Middle East: Kirkuk 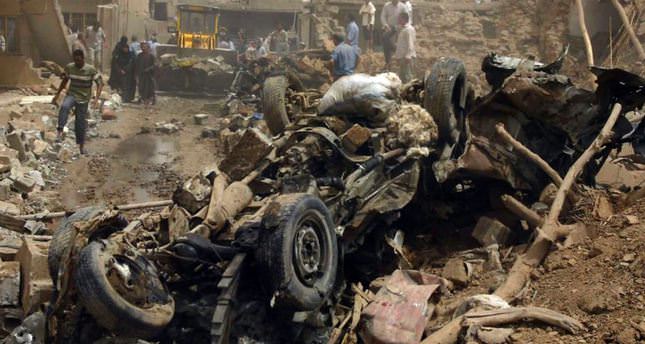 by Rahman Dağ Aug 06, 2014 12:00 am
By the First World, since Şeyh Mahmut Berzenci insurgencies, the Kurdish region of Iraq has been in a process of growing regional autonomy toward independence. A century-long issue has come to an end by the formation of the Kurdistan Regional Government (KRG), led by Massoud Barzani. Given that Kurds have been directly or indirectly fighting for their ethnic, cultural, economic and all other rights, regardless of ethnic origins, it is hard to find someone who still thinks that Kurds do not deserve independence. Furthermore, the KRG has proven its capability to smoothly run their own territory, even being seen as a guarantor of stability and development in the region. It has to be admitted that both the Iraqi central government and KRG have gone through tremendous difficulties in order to come to an agreement in the state-(re)building process since the 2003 American invasion. Despite that, the dissolution of Iraq over the Kirkuk issue might create the worst hell in the Middle East when compared to other protracted conflicts like the Bosnian and Lebanese cases.

As a result of recent developments, Mosul and Kirkuk were seized by the Islamic State of Iraq and al-Sham (ISIS). Militants from this so-called Islamic militant organization continue to fight against the Iraqi central government via moving toward Baghdad, and at the same time keep going to fight with Syrian Democratic Union Party factions and Assad's forces in Syria. Once the Iraqi military fled Mosul and Kirkuk, the security and political vacuum were filled by Barzani's peshmerga forces. Supported by Sunni tribes and remnants of Saddam Hussein's military personnel, ISIS represents Sunni-Arab identity, which has been excluded from politics since the U.S. withdrawal, whereas the central government, under Prime Minister Nouri al-Maliki, seems to be representatives of only Shiite Arabs in Iraq and third, Kurds primarily bases their existence on their ethnic identity rather than sectarianism. Each side has been fuelling the already worsening conditions. For instance, Maliki paid visits to Shiite shrines and mosques to declare war against the apparently Sunni insurgency and also asked Ali al-Sistani, the spiritual leader of Iraqi Shiites, to declare war on ISIS. On the contrary, ISIS declared the re-formation of a caliphate and demanded Muslims to obey them. Finally, Massoud Barzani stated that peshmergas would never leave Kirkuk, as it has historically been a Kurdish city.

So, what will happen under these worsening conditions in Iraq? Disagreement on Kirkuk has already been a problem, and that is why a referendum, which will determine the political status of the city, has always been delayed. As an unsettled issue in Iraq, Kirkuk possesses a massive potential to trigger the worst conflict in the Middle East following Arab-Israeli issues, Bosnia and Lebanon. Legally, Kirkuk should be under the control of a local administration, neither the KRG, nor Sunni or Shiite Arabs. The area has been waiting for a referendum since 2007. On a practical level, it was controlled by the Iraqi military, but is now secured by Kurdish peshmerga forces.

The fundamental issue that the problems over the city of Kirkuk might cause is the conflict between de jure and de facto administrations. In any case, either Iraq will be partitioned in three or Iraqi territorial integrity will be maintained. Barzani has insisted on staying in Kirkuk, but not leaving could force other national interests to fight for control of the city, or at least, the highest share from the city's oil resources.

Beside the competition of local players, the differences of will between the regional and international communities will make the situation more complicated than ever before as in the cases of Bosnia and Lebanon. No need to mention the case of the Arab-Israeli conflict.

This approach sheds light on to what degree Barzani's decision of asking the parliament to set an official date for an independence referendum. Such a referendum that would include Kirkuk will definitely start a deadlock that will cause more deaths regardless of Iraq's territorial integrity is preserved or not. Either the possible three emergent states of a divided Iraq or a politically and territorially united Iraq will have local complications as long as the legal (de jure) and practical (de facto) status of Kirkuk differentiate. This possible, and in my perspective, highly likely future has its own indication before the invasions of Mosul and Kirkuk by ISIS. For instance, last year, the average number of deaths in Iraq was about 40 people per day mostly due to bombings and direct confrontations. Bear in mind that one of the bombings happened in Arbil, contrary to today's presentation of the KRG as the safest place in not only Iraq but also in the Middle East.

Eventually, independence is an absolute right of Kurds, but if it is thought that it is time to declare sovereignty, including Kirkuk, into the territory of Kurdistan, it does not seem rational due to local, regional and international dynamics, which have not decided how to share the city and its revenue. It might risk the very existence of the first-ever independent Kurdistan.