Whatever happened to Voltaire? 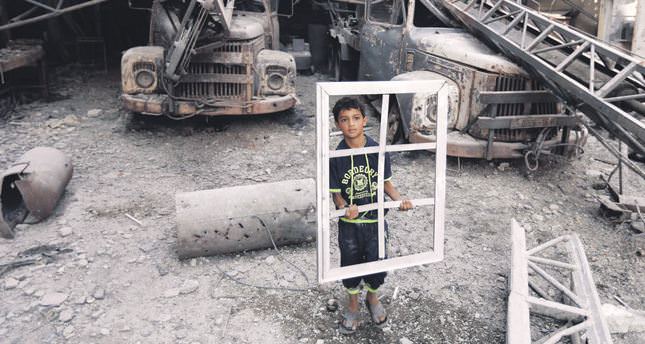 by S.Sayyid Aug 06, 2014 12:00 am
On July 18, when the Israelis launched their latest assult on Gaza, a Muslim man decided to launch a solo protest against the Israeli bombings. According to the Islamic Human Rights Commission, he put a Palestinian flag with the inscription "Zionism=Nazism" outside his shop. One passer-by complained to the police and several hours later a number of police cars arrived. Meanwhile, the Muslim man had decided to move the flag to the interior of his business premises. The police demanded, however, that he pulled the flag down. When the man refused, the police handcuffed and arrested him, and took him away in a police van.

This happened, not in el-Sissi's Egypt, or Aliyev's Azerbaijan but, rather, in London, Britain. What is interesting about this - and many similar incidents throughout the Western world - is that for at least the last 200 years, freedom of expression, democracy and the West were bundled together. Countries like Britain, France and the U.S. represented themselves, and were represented by others, as being nations where the rule of law and freedom of expression reigned supreme. This belief continued to be held, despite the way in which colonialism and racism undermined its very foundations. Even during the Cold War the West prided itself on jamming broadcasts from the Soviet Union. Westerners were keen to quote the phrase misattributed to Voltarie to whoever would listen (alas, but Westerners being Westerners) and also to those who would not: "I may disagree with everything you say but I defend your right to say it," (In fact, Voltaire's own words, in his Essay on Tolerance, were: "Think for yourselves and let others enjoy the privilege to do so too"). It seems that, when it comes to Muslims, this creedo is honored in its breech rather than in its practice. Perhaps, given Voltaire' attitude to Islam, this should not come as a surprise.

When it comes to Muslims, the West's commiment to the rule of law, human rights and democracy are frequently - and some would say systematically - compromised. The imprisonment for years in solitary confinement of Muslims deemed to be suspects, the torture euphemistically presented as enhanced interogation techniques, the rendition flights, the legislation that increasingly criminalizes Islamic practices, the curtailment of expressions of support for causes of Muslim liberation - be they about occuppied Palestine or occuppied Chechenya or occupied Kashmir - all these unpack the bundle of democracy, freedom of expression, the West. That is, they undermine the supposedly built-in link between Western pratices and democracy.

The consequence of this are two-fold. Those who are waiting anxiously for Western governments to use their good sense are going to be waiting for long time. The institutions of global civil society are not fit for purpose when it comes to Muslims. The second consequence is that, by evacuting the ground which links justice, freedom, the rule of law, and acountable government, Islamists have the opportunity to put forward a vision of Islamicate polities in which these values are embedded and practiced.

This is not so far-fetched as it seems. If you abandon the Orientalist gaze, you will see that the Muslim lands, until the avent of European colonialism and modernity, were stable, free and prosperous. There is no large scale history of serfdom, the incidents of plantation slavery were, by and large, isolated rather than systemic. None of the major historical Islamicate polities were racial states; for the most parts Muslims lived in socieiites in which there was not just an independednt judicary (the dream of the Western liberals) but a largely independent court system.

The interplay between Islam and what can be called "democracy" is something that has been pioneered by the AK party in Turkey. This is, of course, something that will shock the AK Party's die-hard opponents who see in their lifestyle imitating the West a confirmation of their intriable commitment to democracy and freedom of expression. But, as I have suggeted here, that bundle is being undone; being Western is no longer synonymous with being free or being democratic. The AK Party has deepened democracy more than any previous government of the Turkish Repubic. The reforms to the judicial system, to the country's health care system, housing policies , the imrpovement of infrastruture if poorer districts and the granting of minority rights to Kurds and non-Muslims, are part of the democratic endeavour of the AK Party.

It is a mistake to believe that what democracy is can only be understood in relation to the West - i.e. the belief that democracy is inherently a Western pratice. For many "the West" has become the only point of reference of a variety of elements that are subsumed under the name of democracy: the rule of law, freedom of expression, independent judiciary. However, considering the West's centuries of colonial and racist policies, the invasion of other lands in the name of democracy, and the latest methods used to fight the "war-on-terror" - such as rendition, torture,etc,- we must note that it is not just about falling short of democratic standards. Rather, the foundational principles of the idea that democracy is a political order inherent to Western states is compromised.

If Western cultural practices are not central to democracy, it opens the possiblity of re-attaching the values associated with liberal social democracy for last 60 years to the Islamicate. The possiblity exists that Muslims can live as Muslims in societies in which freedom, justice and inclusive polities are honoured, in which an independent accessible legal order is upheld, in which state torture is absent and in which convivial social relations prevail, this can be done without prior Westernization. The future for Muslims is not about imitating the West but having the confidence to be themselves. It is not Westernization that the Ummah needs but decolonization, and this is true even of the few countries that did not experience direct European colonization.