Can Hamas’ persistence ensure a long-lasting normalization in Gaza? 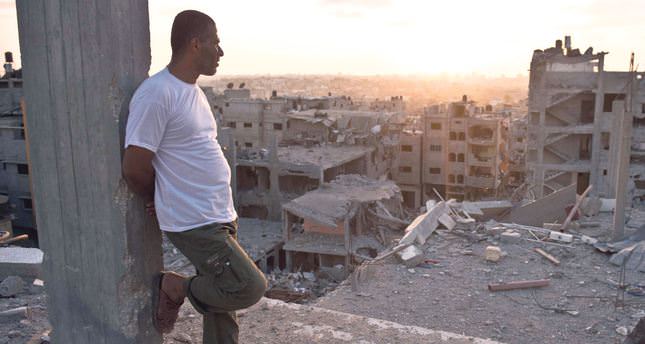 by Birol Akgün Aug 18, 2014 12:00 am
Israel's air, land, and sea attacks on Gaza continue unabated. Despite the 72-hour humanitarian cease-fire, no permanent truce has yet been achieved. Previously, the peace initiative group including Turkey, Egypt, Qatar and the U.S. was summoned to Paris for a meeting on a permanent cease-fire resolution with no result. Despite Israel's advanced weapons technology, it is helpless before the "superhuman" resistance of Hamas and the Palestinian people. Surprisingly, it was Israel and not Hamas that was apparently pressing hard for a cease-fire under the 2012 conditions. That was because the government of Prime Minister Benjamin Netanyahu met unexpectedly strong resistance and the Israeli army suffered its heaviest loss of troops since the 2006 Lebanon War. Naturally, Palestinian people are affected the most by attacks. One-thousand-nine-hundred people, almost all of them civilians, have been killed and about 10,000 people have been wounded since the beginning of this last conflict. The deaths of innocent children, in particular due to indiscriminate attacks by the Israeli air force, increase grudges and the hatred of Israel all over the world. In response to Israel's unprovoked attacks, some people in the occupied Palestinian territory called for a new intifada, and indeed, that possibility rang the alarm bells in many capitals of the Arab world, not just in Tel Aviv.

Reasons that drove Israel to demand a cease-fire

First of all, it should be mentioned that the most important reason that drove Israel to demand a cease-fire was the unexpected Hamas resistance in clashes that have been going on for four weeks with a high loss of life. Hamas has been making preparations for a more long-term resistance since 2009. The military wing of Hamas, al-Qassam Brigades, holds the view that the most effective way to prevent similar attacks that take place every few years is to kill as many Israeli soldiers as possible. As a matter of fact, Israel, which attacked Lebanon in 2006, lost almost 40 soldiers and civilians before Hezbollah's powerful attack and it has not engaged in any attacks on the border for the past eight years. And now it is observed that despite unequal weapons power, Hamas can inflict serious losses on the Israeli army. Hamas says that it killed 150 Israeli soldiers, whereas the Israeli army says the death toll is 60.

Besides military losses, the primitive rockets fired by Hamas reach big cities and bother millions of Israeli citizens every day. Hamas's rockets that fell on airports suddenly resulted in cutting Israel's air transport with the world. All of a sudden Israel started feeling like they were under the conditions that Gazans have lived with for years – besieged and lonely. On the other hand, clashes spreading to Palestinian settlements in Jerusalem and the West Bank suddenly resulted in calls for a "third intifada." Such a scenario was indeed not a desirable situation for the political elites of Israel. Israeli and Palestinian lands became a spiral of fire during the first (1987-93) and the second intifadas from 2000 to 2005; thousands of people lost their lives and hundreds of thousands of Palestinians were put in prison. Moreover, global opposition of Israel has grown stronger than ever before.

An unexpected bad result of the 2014 Gaza attacks in terms of Israel was the emergence of the widespread global public reaction. Israeli lobbies that could control TV channels like the BBC and CNN with political pressure in the past, were ineffective and helpless before social media. Anti-Israel mass demonstrations throughout the world, from Venezuela to London to Washington, increase with each passing day. It can be said that a "global conscience" movement against Israel emerged by itself for the first time. Israel's ability to suppress every criticism based on anti-Semitic rhetoric is useless. It can even be said that discourse based on Israel-centered holocaust suffering is gradually losing its meaning and function in the face of the Israeli army ruthlessly killing women and children. The image of Israel in the conscience of humankind, which watches dramatic and painful deaths and sees the bodies of innocent children on live broadcasts or video sharing sites like YouTube, changes from suffering to cruelty. Although Netanyahu ultimately destroys Hamas in the field with the power of the high technology of his army, it will lose its image of sufferer, unquestionable, unable to be criticized and untouchable in the eyes of international public opinion.

The Strategy of Hamas

Although Hamas as a resistance organization is known more as a military structure, it is, in fact, a political party that came to power in Gaza through democratic means in 2006. Therefore, it develops political strategies for a lasting settlement on the future of Palestinians as much as organizing guerilla movements. Before these clashes, Hamas, in fact, did not drawn attention with its military aspect but from its relatively flexible political strategies that it has pursued more in recent years.

Steps taken by the political leader Khaled Mashal, who held contacts with Turkey starting from 2005 in particular, are quite striking. Mashal's taking part and winning democratic elections in 2006, governing Gaza politically and administratively since 2007, taking a stand against Bashar al-Assad despite Iran in the Syrian civil war that started in 2011 and, lastly, providing support for the formation of a Palestinian national government under conditions set by Mahmoud Abbas should be considered as Hamas's quest for normalization based on strategic options more than being stuck politically in the region.

However, it is understood that both the U.S. and Israel have not sufficiently appreciated the significance of Hamas' search for legitimacy and normalization in terms of regional peace and stability. The far-right coalition parties that have ruled Tel Aviv for a long time and particularly Netanyahu's uncompromising and conceited stance have an important role in this policy. Israeli political elites have, unfortunately, lost their rationality regarding Palestine since the then-Prime Minister Yitzhak Rabin, who signed the Oslo Accords, was assassinated by an extreme rightist Jew in 1995 and started acting based on statements made by the far-right wing. This tough and incomprehensible attitude of Foreign Minister Avigdor Liberman and Netanyahu is behind the strained relations between friendly countries in the region including Turkey. This conceited stance blinds Israel's strategic wisdom and results in new problems in the region.

It can be said that the Israeli assessment that the cyclical weakening of regional support for the Palestinian case is behind Hamas's pursuit of normalization lies behind the latest Gaza attacks. Post-Mohammed Morsi Egypt is once again close to Israel today. Iran withdrew its support for Hamas due to Hamas's opposition to Assad during the civil war in Syria. It also refrains from political maneuvers that will anger Israel due to its strategic rapprochement policy with the West. Syria and Iraq are in chaos and Saudi Arabia and gulf countries hate Hamas-type movements due to the Arab Spring. So, only Turkey remains. This perception is not the right way to comprehend the situation. In fact, the regional balance is more fragile than ever. If a "third intifada" that will last for a long time starts in Palestine, this new movement will not only be limited to occupied Palestine. Rather it could possibly trigger a"second Tahrir intifada" that will topple Abdel-Fatah el-Sissi in Egypt. All authoritarian monarchies in the Gulf, starting with Jordan, could face new waves of the Arab Spring, which they think have stopped. All strategic calculations in the region will be upside down.

Therefore, considering Hamas's rejection of Israel's demand to declare a cease-fire under the 2012 conditions as ideological blindness is not a sufficient analysis. Hamas demands three things. First, conditions for Palestinians to live humanely should be guaranteed under an agreement to be made with Israel. The most important of these conditions are that the land and sea blockade are lifted and Gaza starting normal trade relations with the rest of the world. This was one of the demands that Turkey conveyed to Israel after the Mavi Marmara incident. Second, the Rafah border crossing should be opened with Egypt. Third, Hamas should be considered a legitimate actor. As Gazans cannot live a normal life in Gaza, which has turned into an open-air prison, they can face losses stemming from clashes for some more time. However, the extent to which Israeli public opinion can tolerate the increasing military losses and whether it is ready to put up with risks created by a possible new intifada is controversial. Besides, an assessment of how strategic balances in the region will be affected if people's movements like the Arab Spring, occur in Israel's neighboring and friendly Arabian geography gain momentum once again, will be made in Tel Aviv, London, Washington, Moscow and Brussels.
In conclusion, Israel has fallen into a trap today while trying to use Hamas and Palestine's cyclical loneliness in its favor. The possibility of a third intifada causes serious unease.

Hamas has regained power strategically whereas Abbas's hand has weakened. El-Sissi's influence on Abbas is useless. Prolonging the conflict also weakens the political legitimacy of an administration that staged a coup. On the other hand, Israel and the U.S., with Egypt on their side, have once again understood that peace cannot be established in the region without Turkey. Hamas will not agree to a cease-fire during this process unless the embargo is lifted or eased. Lastly, the conflict in Gaza has shown us that war and peace do not start or end just with decisions made by governments. In this new period that started with the Arab Spring in the Middle East, everyone has to take into consideration the power of the street, therefore people's expectations and the pulse of public opinion. It is not possible for any actors, including Israel, to rule out the new political and sociological realities of the world and the region.