What Demirtaş Achieved in the Presidential Election 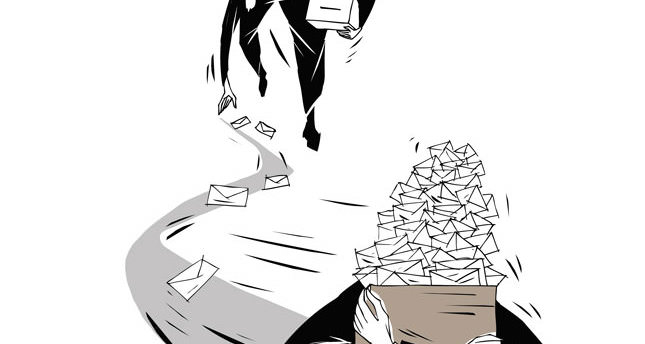 by Vahap Coşkun Aug 20, 2014 12:00 am
Almost everyone in Turkey seems to agree that Selahattin Demirtaş, alongside President-elect Recep Tayyip Erdoğan, achieved great success in the 2014 presidential election. Over the past days, some commentators have gone even further to maintain that the Demirtaş campaign outperformed the winner by luring over one million voters away from their previous party of choice and increasing his share of the vote by 40 percent compared to the March 30 local elections. In the process, the distant third successfully appealed to constituencies that have never voted for the Peoples' Democratic Party (HDP) and its predecessors in previous elections.

In light of the election results, it remains impossible to dispute that the presidential election represented a significant achievement for Selahattin Demirtaş, who contributed to the normalization of Turkish politics and the consolidation of the country's democracy by campaigning across the nation as a politician affiliated with the Kurdish political movement without any major problems. His ability to reach out to new voter bases also served a vital purpose in expanding the domain of civilian politics in Turkey and boosting the importance of the political process for the ethnic Kurdish community.

The Key to Success

Obviously, a number of factors could possibly account for the Demirtaş campaign's strong performance. First and foremost, the Kurdish peace process made it possible for the HDP candidate to campaign without any restrictions, since guns no longer went off and news of death and conflict did not make it to the news. As such, Demirtaş was able to address a nationwide audience and members of various communities. He received greater attention from the mainstream media than ever before and translated the limelight into popularity and support. Having long described Demirtaş and his party as traitors and separatists, various media outlets highlighted the sympathetic side of the HDP candidate during the lead-up to election day. Considering that none of this could have happened against the backdrop of violent conflict, it is safe to claim that the Kurdish peace process helped generate a friendly atmosphere for Demirtaş's campaign.

Another key factor was the frustration of opposition voters with Ekmeleddin İhsanoğlu, a conservative academic and former diplomat whose campaign was co-sponsored by the Republican People's Party (CHP) and the Nationalist Movement Party (MHP) but failed to secure support from either political party. Especially within the CHP ranks, key figures have openly dismissed and publicly criticized the leadership's roadmap for the 2014 presidential race. Meanwhile, Demirtaş adopted a language of solidarity with various oppressed groups and, unlike before, placed strong emphasis on boosting his nationwide appeal to effectively present himself and the HDP as a viable alternative for opposition voters unwilling to support the joint candidate or his sponsors. This clever move made it possible for the Demirtaş campaign to persuade frustrated voters and make the candidate more acceptable to the average voter.

The final factor, which I personally deem most important, related to the Demirtaş campaign's ability to convey a strong message to Kurdish voters who do not usually support the HDP about the crucial nature of the presidential election for the country's Kurds. At public events and on televised interviews, Demirtaş skillfully highlighted the fact that, for the first time in the Republic's history, the Kurds had found an opportunity to showcase their strength in the absence of national thresholds and other restrictions. Meanwhile, on the campaign trail, the HDP candidate told voters that his performance in the race would empower the Kurdish political movement in the political arena and noted that every single vote would serve as a bargaining chip in the Kurdish peace process.

The election results indicate that the Demirtaş campaign's rhetoric fell on friendly ears, as the Kurdish political movement improved its performance in 19 out of 22 provinces in eastern Anatolia and the southeast. The Kurdish community in the west, too, rallied behind the candidate. Finally, a portion of the electorate who otherwise refrained from voting for the HDP in the parliamentary elections due to the 10-percent threshold and did not think the Kurds could change the outcome of the local elections, voted for Demirtaş in the presidential contest.

Furthermore, Selahattin Demirtaş managed to win over part of the Kurdish community that supported the AK Party in previous years. The election results in major metropolitan areas such as Istanbul, Ankara, and İzmir would attest to this phenomenon: Demirtaş notably improved his performance in certain parts of Istanbul like Esenyurt (18 percent), Sancaktepe (14.6 percent), Sultanbeyli (14.2 percent), Zeytinburnu (13.7 percent), Bağcılar (13.5percent), Ataşehir (13.5percent), Başakşehir (12.1 percent) and Sultangazi (11.3percent) – where the AK Party dominated earlier races. The eagerness of these voters to maximize the Kurdish community's representation in national politics and the widely-shared belief that Prime Minister Erdoğan's victory was a foregone conclusion possibly motivated them to lend support to the Demirtaş campaign. In CHP-dominated areas, in turn, the HDP did not experience a similar rise in popularity. Here Ekmeleddin İhsanoğlu received approximately 70 percent of the vote –including Bakırköy (6.9percent), Beşiktaş (7.0percent) and Kadıköy (7.1percent); Demirtaş hardly added to his party's electoral support in the most recent local elections.

The above data suggests the following: Firstly, despite the media campaign, Demirtaş primarily received support from the Kurdish voters who voted for the AK Party in previous elections as opposed to CHP voters and the left. Secondly, Demirtaş had paid greater attention to conservative Kurds during the campaign season, he probably would have been more successful than on Aug. 10.

The Demirtaş campaign's strong performance in the 2014 presidential election represented not only the broad appeal of the Kurdish political movement's stated purpose of reaching out to the entire country but also showcased the unmistakable popularity of the Kurdish peace process among voters. In this respect, the HDP candidate seems to have picked the correct strategy for his party's future policies. Keeping in mind that the opposition parties in Turkey remain perpetually plagued by internal turmoil, it is important to note that Demirtaş has the potential to fill the vacuum among opposition ranks. Whether or not his political potential will translate into concrete action, however, will depend on the Kurdish political movement's future policies. The 2015 Parliamentary elections, in particular, will provide valuable insights into the resilience of the HDP leadership's popularity in Turkey.