Civil politics is prevailing in Turkey: The Lice protests and presidential election 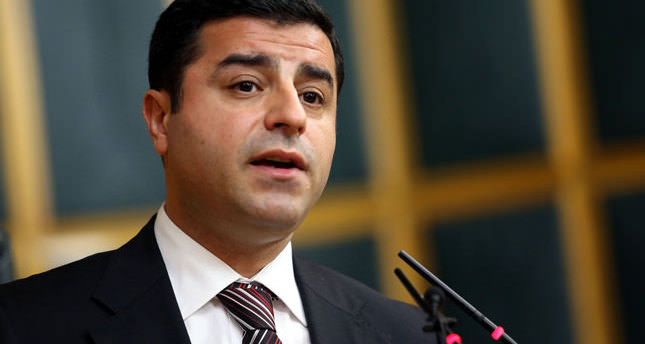 by Rahman Dağ Aug 23, 2014 12:00 am
It is a well-known fact that the current peace process between the Republic of Turkey and PKK leader Abdullah Öcalan is the most historic socio-political initiative since the formation of modern Turkey. In the case of its success, it will tackle a fundamental issue nibbling at the healthiness of society in Turkey. Under the limitation of such a short opinion piece, it is not possible to delve into an ontological discussion to examine what the Kurdish question is and how to solve it. So, I would like to have a look at the recent scraps instead: the Lice protests and presidential election, which are reflections of politics.

First of all, eradication of Turkish military stations, even enforced ones, called kalekol, meaning strong castles, has been the basic argument of current protests all over Kurdish populated areas, especially in the Lice sub-province of Diyarbakır. Furthermore, the return of children allegedly kidnapped by the PKK as recruits was another important part of the peace process. While these events are happening, the government said that there was nothing wrong with the peace process and everything is going well, whereas the Kurdistan Communities Union (KCK) declared that the Turkish state has been delaying the process by not taking legal steps to make the process legitimate.

For instance, a couple of days ago, the KCK declared that it is necessary to form their own democratic autonomous region since the Turkish state might not have intentions to go further with the process. Deputy Prime Minister Beşir Atalay showed up on TV screens and suggested that everything is fine in the process, but there are some marginal groups who desire to impact the process in negative ways.

Regarding the initial case, accusations made by pro-Kurdish civil and armed institutions toward the incumbent Justice and Development Party (AK
party) government have basically said that the government is preparing for a new war with the PKK by constructing roads all throughout the southeastern region of Turkey along with building new strengthened military posts. As a counter argument, government officials, including Prime Minister Recep Tayyip Erdoğan, have said that there is no way to stop the building of military posts or construction of highways and roads to the furthest villages since they are for security and investment, respectively. Such declarations indicate that the government still insists on considering the PKK and other close institutions as terrorist organizations while negotiations proceed with the imprisoned leader of these organizations, Abdullah Öcalan. Most recently, a delegation from the People's Democratic Party (HDP) visited him at İmralı prison and immediately afterward they emphasized two significant developments.

First, rather than state bureaucrats, politicians are involved in negotiations and second, a discussion about the time schedule for the peace process was on the table. Erdoğan himself rejected the first point but accepted the second one. This addresses each other's discourse and might seem more pessimistic, but it actually constitutes the nature of civil politics through publicly answering each other's arguments. The remarkable point here is that such an indirect dialogue happens not only between politicians of the HDP, which is a legal political party, and the government, but also between the government and members of the illegal (a terrorist organization in the eyes of the government) KCK's executive council. In the case of the Lice protests against the construction of Turkish military stations, the KCK announced a statement by addressing the government in the mass media. The Lice protests started and spread to various cities for a week in the east of Turkey, but neither of the armed sides was eager to use weapons against
each other since they did not want to be the one to break the more than one year long armistice.

Most recently, throughout the presidential election campaigns, the president-elect of the Republic of Turkey, Recep Tayyip Erdoğan and HDP presidential candidate Selahattin Demirtaş found a chance to question their own discourse by directly addressing all constituents.

Thanks to that, both party's representatives have made clear what they understand from the concept of the peace process and Kurdish question and also gave overt indications of how they are going to deal with them. For instance, most significantly, almost two weeks ago, Abdullah Öcalan himself declared that the government had to take solid steps in the peace process and should not harm the process during the presidential election. As one of the two sides in the peace process, his declaration shows that he and other affiliated organizations act in civilian roles in Turkish politics despite the fact that it was not possible to do anything right before the election. The reason for such statement, from my point of view, seems the justification of pro-Kurdish social-democratic politics whose representative is currently the HDP. Furthermore, the concept of "millet" (nation) on which the AK party and HDP have different interpretations has been opened to discussion. Erdoğan accused Demirtaş of not knowing the meaning of "millet" as Erdoğan approaches it from a religious perspective whereas Demirtaş insists on not accepting Erdoğan's discourse by saying there is no single nation in Turkey, pointing to the existence of Kurds as one of the different nations living in Turkey.

Last but not least, throughout the presidential election campaigns, legal regulations were put in motion in Parliament. The legislation was prepared by the AK party, discussed in the national assembly and finally, and fortunately, was approved by the majority of members of Parliament. This is crucial, but in terms of prevailing civil politics, it was also supported by the Republican People's Party (CHP), which had not given support for the peace process until that moment.

Civil politics enforced by both the AK party, HDP and Peace and Democracy Party (BDP) has made the CHP accept the reality of the peace process. Of course, this strategically allows them not to lose electoral support to the HDP as CHP and MHP's joint candidate has a conservative and Islamist identity contrary to its own electorate's primary identity. What is more, Erdoğan and Demirtaş fiercely supported the peace process and used it as their main arguments while asking for support from voters. Despite their different discourses and understandings, it is a fact that there is no possibility to turn back from the gains obtained up until now and it is also highly possible that it will accelerate thanks to the prevailing civil politics.
In short, previous indirect communication between the main actors of the peace process and the political atmosphere created by the presidential election absolutely contributed to civil politics and delegitimized any armed struggle in spite of the apparently negative polemics in the meeting stages. I believe that both parties should say whatever they want - the peace process will go well in the minds of the people as they are determining the agenda of the discussion as long as the current practical armistice lasts. Of course, the final decisions to make the agreements permanent will be made by politicians, but it should not be forgotten that both sides are playing the game of civil politics to consolidate their positions on Turkey's political stage. That is why I present the case of Lice and the presidential election campaigns of both Erdoğan and Demirtaş as an example of the prevailing civil politics.

That is what makes and will make the peace process and its probable positive results sustainable. To make it clearer, polemics between the AK party, HDP and BDP can be taken as evidence that even seemingly negative events force civil politics to take more responsibility and there is an indirect dialogue between the government and the HDP (and even with the KCK presidents). That will actually reinforce the current stage of the peace process and prepare both sides for further steps as long as civil politics keeps prevailing.