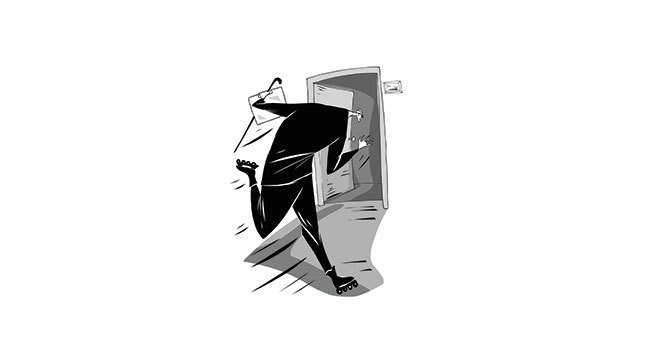 by Bünyamin Esen Aug 26, 2014 12:00 am
Turkey is a G-20 country, a long term member of the Organization for Economic Co-operation and Development (OECD) and Council of Europe, and is in full-membership negotiations with the EU. Turkey is clearly one of the most industrialized and developed countries with a Muslim majority population. But despite these facts, quite little is known about the country's welfare regime in the international arena.

This is true even at the academic level. There is a serious gap in the literature covering Turkey's welfare model and social policies with adequate empirical evidence or extensive analysis. Although the country's welfare policies have been in a great transformation and reform process for the last 12 years under the Justice and Development Party (AK Party) government, the research on this experimental welfare change is quite scarce.

The things that are known about Turkey's welfare regime are severely damaged and blurred by several myths. Some of these myths are just typical examples of logical fallacies, some are results of not evaluating all aspects of the facts about Turkey and others derive from prejudices and bias against the AK Party.

In fact, Turkey's welfare regime, as the country is a model for the Muslim world and its region, is strategically important for understanding welfare models of developing regions and for evaluating the welfare needs and arrangements of experiences outside of the West. For improving a balanced analysis of Turkey's welfare regime, first the myths about its model have to be cracked. Although Albert Einstein said, "It is harder to crack prejudice than an atom," I intend to evaluate some of these myths in this article.

Myth 1: Turkey's welfare regime is being shaped dominantly by the Islamist attitudes of the AK Party

This myth derives from the fact that as the AK Party's funding leaders come from a conservative Muslim background. All the motives of the party are toward Islamizing the country through social policies.

This overgeneralization is not only incapable of understanding the ongoing social change in Turkey that brought the AK Party to power, but also AK Party's welfare policies are well beyond this superficial and biased analysis. The government ruling the country for the last 12 years has implemented further complicated welfare policies mixed with liberalization, socialization and policy innovation. Turkey has managed to secure strong welfare reforms in social security and labor law, expanded the coverage of services and diversified welfare arrangements immensely.

Turkey's social policies are rather close to the Third Way initiatives of the U.K.'s past Labor governments with a strong emphasis on private provision in welfare (by both for-profit and non-profit sectors), separating provision of the services from funding, intentions toward performance targets for welfare institutions and officers, strict actuarial management on welfare budgets, innovation in services, expansion of coverage and finally, a strong intention to improve service quality and user satisfaction. In this sense, Turkey's ongoing welfare policies can be described as a Turkish style welfare mix.

Myth 2: The AK Party has replaced the social state principle of the Constitution with the mentality of philanthropy

Some academics encircle this analysis by over-emphasizing and exaggerating the role of direct social assistances in the Turkish government's welfare policies. In fact, the AK Party has expanded direct social assistance schemes extensively, such as providing the basic daily needs of the most vulnerable people, such as fuel, daily food and some subsistence cash, directly to the Social Assistance and Solidarity Funds that are managed by the state. Some analysts defend that by this policy, the AK Party has transformed the welfare system from a system where social rights are seen as constitutional rights into a system which reflects welfare as goodwill and philanthropy.

Although these critics depend on a strong discourse, they are only supported with sufficient empirical evidence. In fact, there is serious evidence to the contrary. As social assistance schemes are expanding simultaneously, social insurance (both contributory and non-contributory) schemes and social healthcare facilities are flourishing in Turkey. While social security reform has increased coverage in social insurance schemes and general health insurance in the general population, the Health Transformation Program has improved social healthcare services.

Turkey's welfare policies over the last decade hardly can be defined as a shift from the social state principle. It is, rather, a development in both assistance and social insurance elements of the welfare state at the same time. Thus, latching on to just one aspect of the change does not explain the complex change of Turkey's welfare regime.

Myth 3: The AK Party's understanding of welfare solely consists of coal and macaroni distribution to the poorest with the aim of affecting their voting preferences

This myth not only misunderstands the fact of welfare change in Turkey but also misinterprets its main motive. The AK Party government's main achievement is on social insurance and social welfare policies, not only social assistance mechanisms for the most vulnerable. Statistics show that the improvements in social insurance and healthcare services have benefited all sections and income groups of society exponentially. Polls show an impressive increase in user satisfaction among welfare recipients from all income groups. In this sense, the broad range of welfare policies cannot be branded as short-term vote-hunting tactics from the poorest citizens, but indicates a long-run ideal about a new welfare model.

Of course, the improvements in welfare services have strong effects on the voting preferences of middle and low-income groups. But this thought merely because of macaroni and fuel distribution is rather a result of improvements of services like healthcare, elderly-care and social security. For instance, giving the right to choose the welfare provider (doctor, family practitioner or hospital) is directly improving the quality of life of ordinary people.

In this sense, Adil Gür, a respected analyst from A&G Public Opinion Research Company and Bekir Ağırdır, another respected analyst from KONDA Public Opinion Research Company, say that the disadvantaged sections of society, and specifically housewives, are showing strong support for the AK Party government because these sections of the society are feeling the results of the reforms in welfare policies as direct improvements in their quality of life in their everyday practices. In this respect, Adil Gür defines housewives as the most sensitive voting group to realpolitik.

Myth 4: The AK Party's welfare intentions consist of pro-family arrangements that give women the role of procreation only

Although the AK Party, as upholding a conservative identity, is a strong supporter of family values and Prime Minister Erdoğan recommends at least 3 children for each couple, Muslim conservative political positioning is not directly and solely shaping the welfare policies. Indeed, Turkey's pro family intentions are not much different from those in continental European welfare models, which are deemed as Mediterranean family of welfare states.

Turkey has established the Ministry of Family and Social Affairs in 2011 and the ministry has become responsible for all issues concerning family and women. The non-contributory social payments are unified under the single control of the ministry. These reform policies are hardly differentiated welfare approaches from those of pro-family welfare models of the EU.

On the other hand, Recep Tayyip Erdoğan's more children policy is mainly has the intention to avoid the country from falling into being an ageing society in the forthcoming decades, as median age has already increased to 30 in the country. Thus, this policy is a result of the geopolitical needs of the country rather than a so-called "Islamist procreation approach."

Myth 5: The Islamist AK Party is against the participation of women in the labor markets

This is a typical example of a logical fallacy. It is true that women's labor force participation rates are quite low in Turkey (around 30 percent) when compared to OECD and EU member state averages, and this trend is not changing in the AK Party era either. But this correlation does not mean that women's poor labor force participation rates is a result of the AK Party's rule or the expansion of religious identity in the country.

On the other hand, the country is trying to encourage women to participate in the economy and business. The AK Party government has implemented a series of incentives to support women's participation in the labor force such as social insurance premium incentives for those employers that prefer employing women, in-work welfare benefits, positive discrimination for women in retirement conditions, in-work daily care facilities for children, and personal job consultants for all.