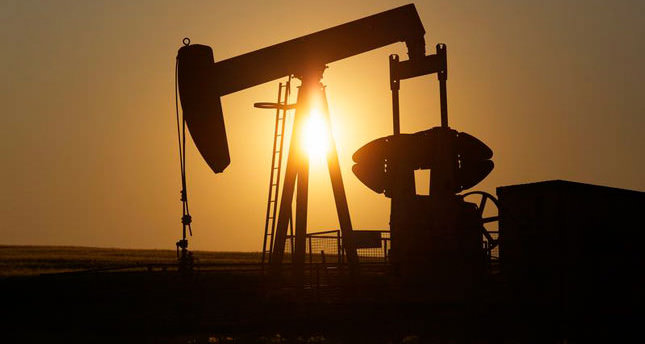 by Rahmi Kopar Aug 27, 2014 12:00 am
Turkey's EU journey dates back to 1959 when relations were first established with the application for associate membership of the then European Economic Community (EEC). This journey includes several milestones such as the signing of the Ankara Agreement in 1963, full membership application for the EEC in 1987, creation of the Customs Union between Turkey and the EU in 1995 and finally, the beginning of the accession negotiations in 2005. Undoubtedly, Turkey's route to the EU has been long and difficult enough.

Despite the eagerness and effort of Turkey to match the EU standards in various ways and implement the acquis communautaire into its legal system, particularly related to democratization and economics, a series of non-technical, merely political obstacles stemming from some of the member states were placed in Turkey's way. The accession negotiations between Turkey and the EU had been paused for three years until November 2013, and restarted with chapter 22 on regional policy and the coordination of structural instruments at that time. So far, 14 out of 35 chapters have been opened to negotiations and one of them (Science and Research) has been provisionally closed.

These everlasting political impediments cooled down the desire of both the public and the government to pursue the EU bid further. The decline of public support for EU membership is apparent in the surveys. According to the Transatlantic Trends 2013 survey, while 73 percent of the public was in favor of the EU in 2004, only 44 percent of the people favored EU membership in 2013. This nosedive clearly indicates the need for the EU to take some urgent measures to mend the fences with Turkey. An important step as a goodwill gesture would be the opening of the energy chapter, which had been blocked by Greek Cyprus, as soon as possible.

Europe is heavily dependent on external energy supplies in order to meet its growing demand. According to the data from the European Parliament, the EU imports 53 percent of the energy it consumes including nearly 90 percent of its crude oil and 66 percent of its natural gas. It should also be noted that Russia is the main supplier of the EU with 39 percent of gas and 26 percent of solid fuel imports.

If we look at this picture, it is obvious that things are not 'sailing smoothly' for the EU with regard to its energy security, especially after the confrontation between Ukraine and Russia. According to the European Energy Security Strategy released on May 28, 2014 by the European Commission, one of the long-term objectives of the EU is to diversify its energy-supplying countries and routes, which means a reduction on the dependency of Russian supplies in particular. The document also reveals that a vital role is attributed to Turkey in ensuring the energy security of Europe through the Southern Gas Corridor and in providing a connection to Middle Eastern energy sources.

Another important intended outcome stated by this document is that the EU clearly intends to cooperate with Turkmenistan, Iraq and Iran in order to enhance the Southern Gas Corridor in for the long-term. Turkey's increasing political influence within the region and good relations with resource-rich neighbors such as the Kurdistan Regional Government (KRG) and Iran indicate that Turkey will maintain its importance for the EU energy security in the future too.

Taking all these facts and recent developments into consideration, it would not be wrong to say that the EU needs Turkey for its own sake and should accelerate the negotiations with Turkey immediately. Opening the energy chapter is the easiest and most beneficial way to expedite these negotiations. Recent discoveries of vast gas reserves in the Eastern Mediterranean may help to resolve some big issues between Turkey and Greek Cyprus if managed properly, and one of the major obstacles hampering Turkey's EU bid can be removed.

EU energy policy has three main pillars: energy security, diversity and efficiency. In order to attain these aims, the energy acquis of the EU stipulates some important rules for every member and candidate states. EU directives and regulations are the major regulatory tools of the EU energy framework. These consist of inter alia forming a competitive energy market, especially by liberalizing the electricity and gas markets, encouraging investment, developing renewable energy sources, increasing energy efficiency at all stages of the energy chain, and providing the safe and sustainable use of nuclear energy,.

Looking at the position of Turkish legislation vis-à-vis the EU requirements, it is conspicuous that within the scope of the harmonization process, Turkey has amended and improved many of its laws and regulations to a level that matches EU standards. In the light of recent developments with regard to the liberalization and restructuring of the energy market, the New Electricity Market Law No. 6446, which was a renewed and developed form of the previous law entered into force in 2001, was enacted in 2013. The Natural Gas Market Law currently under review also reflects major strides and significant changes in order to assure competition in the market. This being one aspect of the advancements, we can also see big progress in the promotion of renewable energy and the adoption of the requisite acquis for the use of nuclear law in line with EU regulations. It can be said that Turkey has adopted the EU standards outlined in the energy chapter to a great extent, and there is no logical explanation for EU to not to open this chapter with Turkey.

The UK's EU Minister David Lidington also emphasized in his speech in an energy forum held in Ankara, Turkey in February 2014, that it's impossible to talk about Europe's energy issues without mentioning Turkey. Lidington then remarked that all blocks on the chapters should be lifted in the shortest time possible, and the path for Turkey's EU membership should be eased. European Commissioner for Enlargement and European Neighborhood Policy Stefan Füle also noted, "The Commission thinks that Turkey is ready to negotiate the energy chapter" in his written statement last April. According to an evaluation of the Turkish Ministry for EU Affairs, once the political impediments are overcome, the energy chapter is one of the chapters that can be opened to negotiations without any opening benchmarks. Thus, it is evident that the obstacles for Turkey to open and rapidly close the energy chapter are not technical, but rather political.

In his presidential vision document that was presented before the recent elections, President-elect Recep Tayyip Erdoğan clearly stated that Turkey would continue its EU bid at full pace. Having his vision document supported by the majority of the Turkish people, he won the presidential elections by a landslide with 52 percent of the votes – more than 14 percent the votes to his closest rival, Ekmeleddin İhsanoğlu. This new era of Turkey should be seen as an opportunity for both of the parties to build bridges once again. Erdoğan's splendid ability to transform society should not be ignored, and it should be known that if the EU decides to turn over a new leaf with Turkey, Erdoğan can increase public support for Turkey's EU bid as he did in 2004. But, in order to get that point, necessary steps should be taken by the EU first.

In sum, it should be realized by both parties that there is a mutual strategic benefit in promoting relations between Turkey and EU regarding energy issues. While providing energy security for Europe, this process may also help Turkey further pursue its reforms and democratization efforts. As there are no technical problems concerning the opening of the energy chapter, all political factors should be eliminated as soon as possible.

* Ph.D. Candidate in the Centre for Energy, Petroleum and Mineral Law and Policy at the University of Dundee

* Oil and gas law researcher at the London Centre of International Law Practice and Ph.D. candidate in the Centre for Energy, Petroleum and Mineral Law and Policy at the University of Dundee
Last Update: Aug 27, 2014 2:29 am
RELATED TOPICS