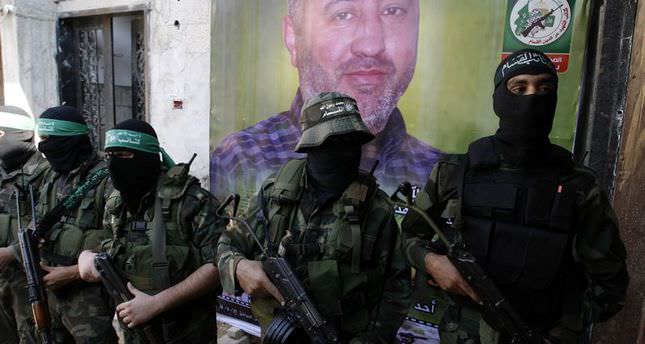 by Taner Doğan Aug 29, 2014 12:00 am
The rise of social media in the 21st century has been an extraordinary development that has allowed information to be spread in real time across the globe. Many people from the younger generation receive news exclusively through social media. The latest war by Israel against Hamas has changed our understanding of how news is reported, consumed and spread. In particular social media has addressed the asymmetry between a sophisticated powerful state and a much weaker opponent by allowing civilians, doctors, and NGOs to bypass mainstream media and spread their message to a much wider audience in a way that is unfiltered and raw in its originality.

The current conflict has been an excellent case study on the increasing role of social media in warfare from the perspective of public relations. The Israeli military and the Hamas military wing, al-Qassam Brigades, have been tweeting live updates to their followers of the war. Both sides are trying to show their version of reality. Equally on both sides there is an army of civilians from around the world either backing the narrative of the Israeli state or supporting the Palestinian cause.

Israel's media strategy has been twofold: using social and mainstream media. Israeli spokesmen have become a common feature on TV screens in the Western world. The mainstream media, by large, operates an open door policy when Israel wants to offer its narrative. It is against this backdrop that Israeli Prime Minister Benjamin Netanyahu, whose views are unchallenged, can set the agenda in national discourse. In particular, channels such as CNN, BBC, FOX News, MSNBC and NBC offered more or less unquestioning coverage in which to fight the PR battle against Hamas. However, some in the mainstream media did challenge Israeli spokesman Mark Regev, the video was picked up by the public and subsequently went viral.

In the most recent Israeli war against Hamas, Twitter, Facebook and YouTube have played a much more significant role then they did in Operation Cast Lead in 2009 when Israel again invaded Gaza. Israeli officials and institutions are busy trying to peddle their version of events through this medium and when all else fails paying students to defend it online. On the other hand, millions of citizens from around the world realized that the established mainstream media has often been less than representative of the Palestinian side and have helped transform reporting of the media narrative on Gaza. Citizen journalists, doctors operating in Gaza and civilians in Gaza have been instrumental in publishing videos and photos of the atrocities committed by the Israeli army. The social media war can be best expressed through the clash of hashtags. The hashtag #GazaUnderAttack has been used over 5 million times compared to only 300,000 instances of #IsraelUnderAttack. In addition, this does not include the more than 11 million other tweets that have been supportive of Gaza. Social media has for the first time been an instrumental tool in doing what the mainstream media has not been able to do, mainly offering an accurate portrayal of Palestinian suffering.

Public relations as carried out by the state can pose some problems. In Israel's case, it was cold, emotionless and rigid in the social sphere. Compare this with civil society's support for Palestinians - it was heartfelt and spontaneous. It's important to further explain this fundamental change.
Social media has proved a greater level of traditional hierarchical power structures. Specifically, social media has the power to show millions of people a version of reality independent of what traditional media shows on TV. In addition, the Gaza war has seen the first journalists using social media to bypass their own channels editorial policy, to report on events in a way they could not on TV. Finally social media penetrates the daily lives of millions of people around the world with the net result being that they are affected by these stories.

These new means of communication leave traditional media power structures and the state in a dilemma. What can be done when people are able to receive access to events from people directly on the ground without a middle man? This is an important development in the evolution of social media. The ability to diffuse power, the ability to bring a faraway event to ones handheld phone, to make one think about the events wherever one is. In addition, as trust in traditional power structures declines, so the importance of relying on social media will increase.

This new social media landscape has permanently altered the way we receive news, the act of trying to cover up news becomes inherently difficult when people have the ability to publicize news instantaneously. The victims of injustice can document and reach their followers without relying on traditional media. This is a brave new world.