by Eyüp Ersoy* and Serhan Ünal* 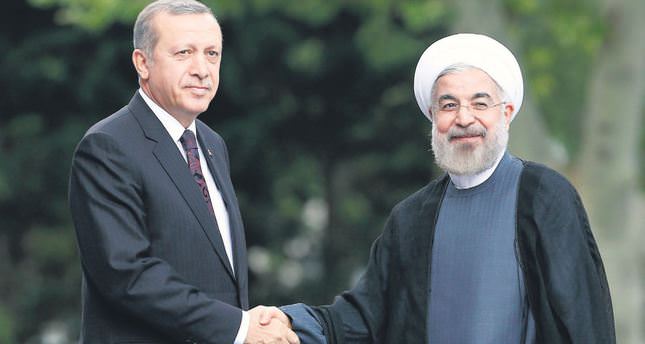 by Eyüp Ersoy* and Serhan Ünal* Sep 01, 2014 12:00 am
Turkish-Iranian relations continue to influence as well as to be influenced by the transformations in the national, regional, and international contexts. In this process, bilateral relations between the two states are evolving both in substance and style to display new characteristics of cooperation and competition. The fundamental dynamic to determine the nature of this relational evolution is the salience of economic issues, which have come to dominate the bilateral agenda and dictate the terms of engagement between Turkey and Iran to a great extent. Nonetheless, concomitant with economic issues acquiring rather decisive influence on bilateral relations, three asymmetries have become discernible that need to be addressed for a politically safe and economically sound relationship.

The first asymmetry is the primacy of geopolitics in bilateral relations. In recent years, significant developments have been observed in Turkish-Iranian economic relations. To capitalize on the potential benefits of complementary economic structures and necessities, Turkey and Iran have increased the level, scope, and pace of cooperation in trade, investment, and energy. However, economic cooperation has yet to evolve into stable political collaboration.

The second asymmetry is the primacy of energy in bilateral economic relations. Mainly based on Turkey's need for energy and Iran's need for industrial goods, economic relations between Turkey and Iran have demonstrated a remarkable expansion in the last decade. In 2002, the trade volume between the two countries was around $2.4 billion (TL 5.2 billion). In 2012, it reached $22 billion; however, it fell to $ 14.5 billion in 2013. Turkey has become the third largest market for both import and export for Iran. Still, Turkey has a trade deficit of considerable volume in its trade with Iran, which was $6.2 billion in 2013. Mutual direct investment has also increased. Turkish investment in Iran reached $3.8 billion in 2012.

Despite this highly promising progress in bilateral economic relations, the prominence of energy relations presents a disturbing asymmetry. Turkey is not in possession of enough indigenous energy resources to sustain its rapid economic development while Iran is not in possession of ample capital and a strong industrial base, especially in terms of refinement capabilities. In other words, Turkey needs energy which Iran can provide while Iran needs capital and industrial products which Turkey can provide. This complementarity quite necessarily promotes cooperation in the energy sector at the expense of non-energy sectors.

Furthermore, the extensive usage of natural gas in industrial production and household consumption, having shares of 25 percent and 20.6 percent respectively in aggregate domestic consumption, requires an incessant supply of natural gas. Economic considerations are expected to have more influence in Turkish natural gas policy especially due to the ongoing project of providing natural gas to all of Turkey's provinces. Strategically, Turkey has opted for diversifying its natural gas imports. Because Turkey is a net energy importer, the high level of energy dependency on a single external source, i.e., Russia, is considered a strategic liability. Accordingly, while the Russian and Iranian share of Turkish natural gas imports was 62 percent and 12 percent in 2005 respectively, it was 57.9 percent and 19.4 percent in 2013. For Turkey, expansion of natural gas trade with Iran has been a measure to address the perceived strategic energy vulnerability vis-à-vis Russia.

Turkish-Iranian cooperation in energy relations involves the oil trade as well. Turkey meets 11 percent of its oil consumption from indigenous production and the rest is imported through pipelines or tanker ships. In 2005, the share of Iranian oil in Turkey's total imports was 29 percent. In 2011, it reached 51 percent, falling back to 39 percent in 2012, and 28 percent in 2013. Since Turkey imports oil from Iran through tanker ships, the Turkish-Iranian oil trade is subject to some risks associated with maritime transportation. On the other hand, international sanctions applied unilaterally or multilaterally against Iran are adverse to the expansion of relations in the oil trade. Still, especially as a corollary of Turkey's policy of increasing its refinement capacity to become an essential energy hub in its region, the Turkish-Iranian oil trade is certain to increase, irrespective of unilateral international sanctions. Finally, Turkish-Iranian cooperation in energy relations also involves electricity, the extent of which is quite limited compared to natural gas and oil. There are two operational electrical lines connecting Turkey and Iran and Turkey imports electricity from Iran through these lines.

Turkish-Iranian relations display three interrelated structural asymmetries. First, despite substantive cooperation in economic issues, including trade, investment, and energy, the primacy of geopolitics continue to determine the perceptions, preferences, and policies of both sides toward each other. The meeting of the first High Level Cooperation Council between Turkey and Iran during Iranian President Hassan Rouhani's visit to Ankara on June 9-10 was an important step to address this asymmetry. Second, bilateral economic relations are virtually dominated by energy relations militating against cooperation in non-energy trade and mutual direct investment in non-energy sectors. Third, in bilateral energy relations, natural gas sets the course of cooperation at the expense of oil and electricity. These asymmetries can be deemed natural, normal or necessary, which we argue otherwise. For a politically safe and economically sound relationship between Turkey and Iran, these three asymmetries need to be addressed with constructive, sustainable, and mutually beneficial measures.