Gaza: The clear and simple choice 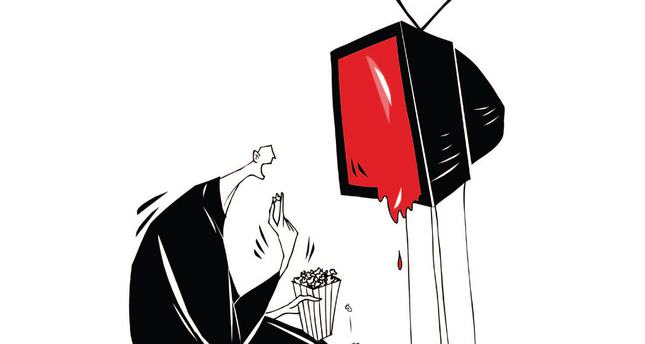 Palestinian people have displayed an inspiring resistance against the brutal, inhumane treatment of Israel. On the other hand, the failure of the international community to stop this onesided slaughter has raised severe suspicions on world's defense mechanisms for such crisis

So 51 days later, our fellow Palestinians achieved a memorable victory over one of the most barbaric powers human history. For the past 51 days, I have been following the miracle of Gaza not only as a passionate supporter of my brethren there but also as a witness to the reaction of humanity toward the slaughtering of children, women and whole families by the maniacal Israeli military. What happened in Gaza is a miracle in two main ways. First, Gaza demonstrates the unlimited potential we humans possess in creativity, strength and solidarity even when in the direst conditions.
In saying this I am referring to my fellow brothers and sisters in Gaza. But I am not only referring to the courageous fighters on the front lines of battle but also to the average citizens who continue to inspire us with their perseverance in the face of the relentless actions committed by the Israeli state. The second miracle Gaza has revealed is the level of social apathy that humans have reached in the times we are living in. I am unable to comprehend how it took us almost two months, with more than 2,000 people killed, the majority of which were unarmed civilians, and yet as fellow humans we have been unable to stop the massacre that took place. Gaza has truly shown the rule of the jungle that has come to dominate our species today. Just as beasts sit and watch one of their own being slaughtered by members of their own pack, we humans watched the savage attack that Israel committed daily toward their fellow humans in Gaza.

There are no words to describe my feelings toward my brothers in Gaza other than the immediate feeling of tearful happiness.I am also inspired by the creativity, solidarity and endurance that were demonstrated over the last seven weeks. The varied range of military engagement that Palestinian fighters demonstrated including locally assembled long range missiles and sophisticated tunnel systems, have truly humbled me. How could they have developed such capabilities in a few years and in the harsh blockade conditions imposed on Gaza? What sort of spirit fueled those who dug the tunnels, assembled the missiles, prepared the fighters and designed this whole tunnel system?

It's the spirit of a human that believes in the justice of his cause and is willing to spend his life pursuing this cause. In a similar sense I am filled with wonder with those who are not at the frontlines of the battle. I am mesmerized by the families that spend hours of the night in complete darkness because of electricity shortages and the women and children that sit listening in fear to the knock on the ceiling wondering whether the next knock will actually be a bomb that would shatter their lives. How did they endure those moments for years? Why did they passionately support the fighters that brought this pain to their lives? How did the mothers teach their infants and babies to withstand the hunger and thirst because of the shortage of food? Where did this stand of solidarity and perseverance come from? It came from the human spirit that believes in the justice of its cause and is willing to sacrifice everything to attain it.

At the other end of the human spectrum lies the rest of the world. For 51 days politicians, who like to call themselves world leaders, watched, talked and engaged in mediocre meetings to stop the massacre that was taking place. International organizations, lead supposedly by some of our most welleducated and intelligent humans, attempted to issue resolutions and statements to condemn what was happening in Gaza as if that was what was needed to stop the brutal Israeli war machine. What is even worse is that those leaders and "intelligent" members of humanity perceived the two sides of this war as equals. They laid blame on Palestinians as responsible for violence as much as the Israeli leadership.

Such is how our global leadership system works today. Between the indifference to the rising daily death toll in Gaza and the equal accusations made to the victim and criminal, I am at loss of words to describe how I feel toward the international system and those humans leading it. But to be fair, this shabby state of the international system is not only because of those socially apathetic "leaders" - we have also contributed to this state. Within the past 51 days, what we the activists and some of the layman citizens have managed to do is amass large protests of thousands of people, collect and send donations, write articles and wail in talk shows. These are necessary efforts but the important question is whether that was what we needed to do to stop the massacre much sooner. Were these efforts effective in either supporting Gazans or otherwise applying pressure on those holding the keys to stopping the death of our fellow humans? Were we sincerely thinking about what needed to do in order to stop the death of those poor civilians or were we just clearing our conscience and letting out a gush of anger. Why is it that when a few thousand Americans died on September 11 an international coalition was formed in a matter of weeks to destroy the source of this crime with the full support of global leaders while the death of 2,000 Gazans did not entail a similar measure? Why is it that people took to the streets in some Arab countries to topple their dictators who committed crimes against humanity while the same action did not take place against the dictators that stood silent to the barbaric crimes of the Israeli state? I am not asking innocent questions to which I don't have the answer, I am shedding light on how inhumane we have become.

Someone might ask: why the focus on Gaza while there are similar memorable struggles and atrocities taking place in many parts of the world? There is no difference between Gaza and those other cases.

The message being made here is simple. We have the potential as humans to do wonders that we thought could never happen and yet, at the same time, we can reach a level of dispiritedness that turns us to cruel and heartless beasts. We are capable of creating a sophisticated social support system in an impoverished and barricaded province and we are also capable of creating an international system that justifies the barbaric killing of unarmed civilians in their homes. The question is which type of human actions do we want to prevail and which type of social systems do we want to support and nourish? It is our answer to this question and how to act on it that will help us realize the potential for good that we possess.