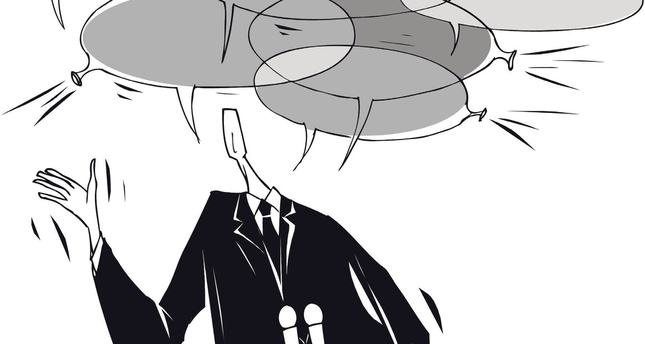 The CHP has relatively overcome an internal crisis by once again showing faith in Kemal Kılıçdaroglu's chairmanship. However, it is quite evident that this new era of Klıçdaroglu's chairmanship neither promises nor pledges radical reforms or a change of identity. It seems that the CHP will continue to pursue inoperative politics

Turkey faces a new era subsequent to the presidential election on Aug. 10, when for the first time in Turkey's history its citizens voted directly for their new head of state. A political milestone which was, at least symbolically, as important as the end of the regime of Ismet Inönü which was ultimately abolished after the first free elections on May 14, 1950. While most of the political happenings in the recent weeks were and are still concentrated on the new government under Professor Dr. Ahmet Davutoglu, former Turkish foreign minister between 2009-2014, the main opposition Republican People's Party (CHP), gathered on Sept. 5-6 at the Ankara Chamber of Commerce (ATO) Congresium Hall for a vote on the party's chairman following a repeated disappointing results in the presidential election. As it was predicted by good Turkey analysts, most of the 1,218 delegates voted again in favor of Kılıçdaroglu as the party chair - as it is the case since May 2010. Despite the fact that many voices within the CHP and many voters had disagreed with Chairman Kemal Kılıçdaroglu's decision to field a joint presidential candidate with the right-wing Nationalist Movement Party (MHP), CHP's leadership did again not change as Kılıçdaroglu won the race against Muharrem Ince, who had challenged Kılıçdaroglu subsequent to the historical defeat on Aug. 10.

The results of the extraordinary party congress may probably be a reason to celebrate for desperate CHP voters. But for how long, and, is this actually a reason to celebrate?Why do unsuccessful CHP leaders who follow the tradition not to give up their positions? Does this attitude represent the legacy from the single-party dictatorship? Since Kemal Kılıçdaroglu has been the leader of the CHP in May 2010, the country experienced four elections: the constitutional referendum on Sept. 12, 2010, then, the parliamentary elections in June 2011, and finally the local elections in March 2014 followed by the recent presidential election in August 2014. In all four elections, the CHP achieved miserable results under the leadership of Kılıçdaroglu in contrast to its main competitor, the ruling AK Party. Moreover, prior to his chairmanship, Kılıçdaroglu had even lost the race against the mayor of Istanbul, Kadir Topbas, during the local elections in 2009. Nevertheless, Kılıçdaroglu was elected as party chairman subsequent to a mysterious video revealing which made public the former chairman Deniz Baykal's affair with a female CHP deputy. Baykal is known for his rather nationalist and pro-military attitude, and, he is still a deputy in Parliament.

However, Kılıçdaroglu continued his job as the party chair despite his non-promising performance unless the main objective of the CHP was (and maybe is) solely to be represented in Parliament and to protect some Aegean (Western-Anatolian) cities from the "AK Party invasion" during the local elections. But as a global contrast, for instance, the party chairman of the Social Democratic Party of Germany (SPD), Franz Müntefering, stepped down in 2009 when the SPD polled just 23.0 percent, which was the worst result ever for the SPD since World War II. Thus, how can we explain this kind of a special motivation of Turkish social democrats? Or, should we actually say, Kemalists with a pseudo-left motivated political bias and rather strong nationalist reflexes?

Even though Kılıçdaroglu denied that he had led his party to the right by alienating it from its traditional principles during the local elections, in particular in Ankara, by preferring a former-MHP-member, and during the presidential election by agreeing on a common candidate who actually did not represent Kemalist or social democratic values, this move was sign of pragmatism and lack of other means. Kılıçdaroglu tried to explain these steps as "respecting any identity or belief does not mean shifting to the right." And most likely, his delegates seem to be persuaded as he is elected again as the chairman of Turkey's oldest political party.

Unfortunately, Turkish social democrats (except few democrats with no/less Kemalist reflexes), confuse social democratic policies and values with the ultra-secular and imposed state ideology, Kemalism. Instead of stepping down and opening the path for potential new horizons in the CHP, Kılıçdaroglu was and still continues to be the head of the party - just adding new promises concerning "reforms." Honestly, in contrast to orthodox secularist Kemalist leaders in the past, he occasionally took a rather moderate and humane position with regard to the chronic problems of Turkey. During his congress speech, for instance, he referred to his roots being in Dersim- a province in the east of Turkey - which is generally a taboo in Kemalist circles. Dersim was deliberately renamed "Tunceli" by the single-party CHP regime subsequent to the regime's bombardment as a reaction to the Dersim rebellion in 1937/38. On the other hand he failed to produce new alternative policies which could have any potential chance to appeal to the masses. One characteristic of Kılıçdaroglu, and in general the CHP (since the 1950s), is calling Turkey's legitimate president a dictator, which was once again repeated during the recent CHP congress - by both Kılıçdaroglu and Ince.

Kılıçdaroglu also had difficulties to persuade his own voters, who are ultimately dreaming of going back to the circumstances of the 1930s for the whole Republic. To imagine a typical bias of that electorate, let me give some interesting and current examples:On Aug. 26, thousands of people came together in Ankara to form the "world's largest" portrait of Mustafa Kemal Atatürk, the founder of the Turkish Republic. Nonetheless, according to the organizers, at least 6,000 volunteers gathered outside the Anıtkabir mausoleum, Atatürk's final resting place, to form a larger-than-life portrait, the biggest worldwide. Despite the ironical fact that there are no other democratic and Western countries that organize similar events - maybe in former communist Bulgaria - the act can be read as a Kemalist protest against the new-elected Turkish President Recep Tayyip Erdogan, whose inauguration took place just two days after that event, on Thursday, Aug. 28, after he was sworn in. On the day of his inauguration, the main opposition party's deputy group chairman Engin Altay, threw a parliamentary bylaw book at the speaker's platform in protest before Erdogan was sworn in. This was another example of the dysfunctional political attitude of Kemalists. Former Marxist, today's democrat columnist, Oral Çalıslar described this embarrassing act by Engin Altay as the "CHP's Tayyip Erdogan obsession," which is the reason why the party is not able to produce any oppositional and effective policies. With such a negative motivation the CHP's reactions represent merely a sign of desperation and an exaggeration of its non-democratic past, which on the other hand causes useless anger.

But are these kind of societal and political moves, such as organizing extraordinary party congresses along permanent losing leaders like Kılıçdaroglu, who, following to the congress, presented himself as though he had won the recent presidential election, an option to get out of this permanent "crisis". Are these moves enough to one day become a legitimate government representing the majority in Parliament? It is well known that the historical CHP style of opposition was leaning against the military tutelage, the judiciary or at least the bureaucracy instead of focusing on the people's will. Prior to the March 30 local elections, the CHP's openly run campaign was hiding a similar hope (consisting of judiciary moves and illegal revealings), which, however, ended with an inevitable electoral disaster.

Under these circumstances, it is argued according to one notion that if the CHP does not change its future mentality by distancing itself from totalitarian worldviews and adopting global social democratic values it will unfortunately become a rather marginal party.

However, a more realist appeal seems to dissolve the CHP by transforming it into a museum or foundation-like institution. Indeed, this act would even be a more respectful gesture towards Mustafa Kemal Atatürk and his ideological legacy, Kemalism, which is still perceived by various CHP sympathizers and voters as the means for "Turkey's liberation." In this respect, political scientist Professor Atilla Yayla's interesting call from 2013 should be repeated: "The CHP's militaristic, anachronistic and exaggerated Mustafa Kemal interpretation and its setting democratic politics on a dictatorial period where no competitive election had taken place, hinders the emergence of a strong social democratic block in Turkey, which is in any democracy one of the main two pillars of political stability. The CHP does not allow, for instance, being democratic such as the German social democrats. Neither does it allow the transformation into a democratic social democratic party, nor does it give the opportunity to other movements to create a strong leftdemocrat party. Regarding such a party, there is no meaningful and legitimate place in a democracy.The CHP has to be closed down. I do not imply that the Constitutional Court should ban the CHP but the CHP should dissolve itself.The CHP should either transform itself into a foundation or a museum concerning the "singleparty- regime." Then, the void left from the CHP should be filled by real democratic social democrats who start a strong political movement." (Atilla Yayla, 01.08.2013)