The manifestation of anti-Muslim hatred: the UK perspective 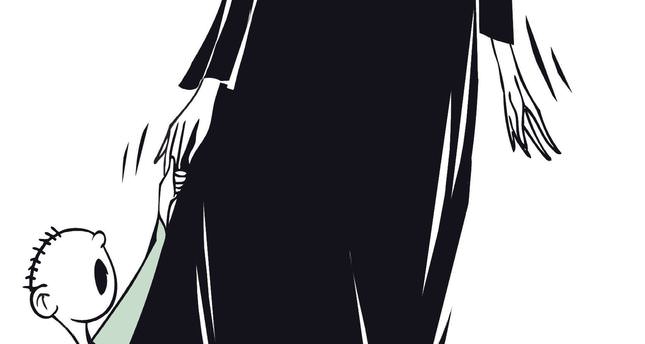 While the U.K. is widely considered as one of the most tolerant nations in Europe where Muslim communities enjoy conferred freedom and equity in their daily practices, international and regional events triggered anti-Muslim inclinations affiliated with certain political ideologies on the island

Since the development of Tell MAMA (Measuring Anti-Muslim Attacks) in early 2012, the national Islamophobia monitoring project has collated a dearth of evidence around anti-Muslim hatred in England and Wales. Having set up the project, we became aware of some key trends that were deeply worrying primarily around online hatred and bigotry that was being promoted by hundreds of U.K.-based social media accounts targeted at U.K. audiences and which caricatured, abused and demeaned Muslim communities in the U.K. We also became acutely aware around November 2012, of threats made against mosques by far right sympathizers who followed extremist groups such as the English Defence League (EDL), the Infidels and a range of others who sprang up overnight and which used social media platforms to promote hate against British Muslims. It seems that since the British National Party focus on Islam in 2005, for which the party's leader, Nick Griffin, was acquitted of inciting racial hatred, extreme right wing groups have focused on Islam and Muslims as the so-called "enemy within."

Anecdotally, many social scientists within the U.K. had talked about a possible rise in anti-Muslim hatred post 9/11 and the 7/7 bombings in the heart of London, though there was no specific community based measuring mechanism that could highlight anti-Muslim hate crimes. It was a means of supporting victims of anti-Muslim hate and also being an indicator and framework through which anti-Muslim hotspots could be mapped, measured and analyzed via community input in England and Wales.

Over the first year, the project data was showing that at a street level, those most likely to be targeted for abuse and threats were visible Muslim women. The data was also showing us that women who wore the niqab were more likely to suffer a higher frequency of anti-Muslim hate incidents and depressingly, more aggressive incidents. These included actual assaults where people would try and pull their niqabs off during an argument and where many of the women who reported in, suggested that such incidences happened when their young children were around them, which brought up safeguarding issues for the women. Further analysis of the data also started to map out that a high proportion of the online threats to Muslims were from EDL supporters, and this was highlighted in our 2012/2013 report. Additionally, a partnership between Tell MAMA and the University of Birmingham, through the excellent Dr. Chris Allen, gave voice to Muslim women who had suffered anti-Muslim hate through a report entitled "Maybe We Are Hated."

However, the real impact of our work came into being after the brutal murder of Lee Rigby on the streets of London in May 2013. The murder also showed how tit for tat or cumulative extremism played out after the murder of the off-duty soldier by two radicalized converts to Islam. The reaction against the murder led to a march by more than a hundred EDL members through Woolwich and what followed over the next two weeks was that a major spike in anti-Muslim hate took place both online and offline. This was corroborated by Commander Simon Letchford of the Metropolitan Police Service in June 2013 who said that there had been a spike in recording of Islamophobic attacks after Woolwich. Freedom of Information requests by the Press Association, published in December 2013, saw 24 out of 43 forces providing figures that showed that anti-Muslim hate crimes rose sharply after the murder of Lee Rigby. Yet, throughout this period, some newspaper sources and right wing political pundits sought to undermine the work to date citing that "the figures were made up," or that "there was no such thing as Islamophobia" and that "Muslims were trying to be the perpetual victim." In effect, what they were doing was to attack the basis of the work while demeaning the victim's voice and their access to justice. What we also realized was that work on anti-Muslim hatred that involved supporting the victim and reporting and recording the data had become a contested space, on the basis of the faith identity of the victims. Bloggers and political pundits threw their ill-informed comments into the debate asserting that online hate incidents were not really a problem and then turned their fire on those of us doing the work. Smearing, it seemed, was the name of the game, as one mentioned on Twitter.

Mosque attacks: an indicator of something seriously wrong

Over 12 weeks since the murder of Lee, we collated that over 35 mosques had been attacked in England and Wales. Allied to this was another worrying factor that included the brutal murder of Birmingham grandfather and pensioner, Mohammed Saleem. What transpired through this hyper-sensitive period was a targeted mosque bombing campaign that frustrated the West Midlands Police. Explosives were placed in mosques in Tipton, Walsall and Wolverhampton with the Tipton device going off leading to a shower of nails that thankfully did not injure or kill worshippers. The subsequent arrest of neo-Nazi Pavlo Lapshyn led police to Ukraine and into the life of a loner who used the woods in his native country to test his penchant for explosive devices.

Others have made their name in objecting to mosque planning applications or in providing advice to dubious groups who simply want to object on the basis of their revulsion to Muslims and a place for them to worship. Mosque objections, it seems, have become another part of the fear industry that seems to walk hand in glove with those who believe that Muslims do not deserve equal rights in the U.K.

It has not gone away

Yet, anti-Muslim hate has not gone away and after the splintering of the EDL in 2013, more extreme groups have tried to fill the extremist political vacuum. The internet savvy Britain First led by ex-British National Party (BNP) activist Paul Golding has been busy terrorizing mosques and their elderly worshippers up and down England, Wales and Scotland. These far right extremists have played on mosque planning applications for mosque extensions on recent grooming cases that have involved young mainly Pakistani men on terrorism and extremism and have generally harassed, filmed and demeaned elderly worshippers in mosques. Their activities, when mapped out as we have done, are truly shocking. Added to this has been the inability by the police to make a charge stick on Paul Golding as the police, even with their range of powers, cannot find a charge that they can progress on.

More recently, shocking cases of the abuse of mainly young white girls in Rotherham, the beheadings and minority rights abuses in Syria and Iraq by the Islamic State of Iraq and al-Sham (ISIS) and the recent London beheading case of an elderly Italian widow in Edmonton in North London, have produced a range of headlines that have had the terms Muslim or Islam plastered over them. Take for example the case of the murder of Palmira Silva in Edmonton and the raging headline in the Sun newspaper citing the alleged Muslim faith of the person arrested, even though police sources had made clear that the murder did not seem to be a terrorist act.

What has become clear is that national or international incidents clearly have a domestic impact on anti-Muslim hatred and hate incidents, whether online or offline. The language of anti-Muslim hate is also shifting and been shaped by incidents and by far right and media rhetoric. Yet, the U.K. is not an island that is immune to what is taking place in Europe with the rise of extreme right parties that are increasingly becoming electable.
While the U.K. is one of the most tolerant nations in Europe where Muslim communities do indeed have a future and stake in the life of the country, developments on the European continent do not bode well. What is truly needed across Europe is a system of monitoring and recording of anti-Muslim hate that can build on the extensive recording systems.

* Founder and Director of Faith Matters, and co-ordinator the national Islamophobia monitoring project