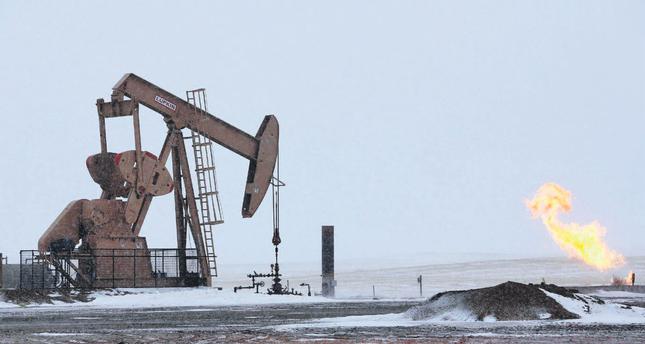 Frustration over the failures of Nabucco has led SOCAR to adopt more independent and active investment strategies, and stronger participation in the construction of the necessary pipeline infrastructure between Azerbaijan and Southern Europe

The State Oil Company of the Azerbaijan Republic (SOCAR) is in the limelight due to its large and strategic investments in neighboring countries as well as in Europe. SOCAR has a remarkable amount of expertise in the oil and gas sector. As a developing hydrocarbon- based state-owned company, SOCAR is also creating significant partnerships with Seven Sisters including BP and TOTAL, while at the same time increasing its collaboration with regional growing players like TPAO, the Turkish stateowned oil company. However, what distances SOCAR from others and makes it strategically influential in the region is the success behind recent developments and initiatives.

It goes without saying that that eastern and southeastern Europe are heavily reliant on Russian gas deliveries that constitute a high risk for national security and the economic development of the region and indirectly to all of Europe; as there is no open market structure for natural gas, most of the decisions are not made by market mechanisms. Therefore, integration of alternative sources such as Caspian gas resources to the European market has major importance for Europe. The policy of this route, the Southern Gas Corridor, aims to deliver the surplus gas resources of Azerbaijan and Turkmenistan to meet 10 to 20 percent of the EU's expected gas demand by 2020.

The European approach to the natural resources of the Caspian Sea has always been welcomed by Azeri authorities, as they plan to diversify their exporting routes from Russian infrastructure. However, in recent years developments in the Southern Gas Corridor concept of the EU have not been meeting expectations.

The Nabucco project, which has been the shining star of the Southern Gas Corridor policy of Europe, failed to deliver Turkmenistan gas due to Russian and Iran objections about the uncertainties of the legal status of the Caspian Sea and environmental concerns over the possible Trans Caspian Pipeline (TCP). These negative developments annihilated the profitability of the project and made failure inevitable. During this period, Azerbaijan has been the only contributor to the Southern Gas Corridor, aiming to diversify its export paths away from Russian pipelines and earning money in the EU. For this reason, frustration over the failures of Nabucco has led to SOCAR adopting more independent and active investment plans and stronger participation in construction of the necessary pipeline infrastructure between Azerbaijan and Southern Europe with respect to the Southern Gas Corridor.

On this matter, the Trans Anatolian Pipeline Project (TANAP) agreement was signed in 2012 within an Azerbaijani and Turkish consortium that is most likely to change the status quo in the region and deliver Caspian gas to Europe. The initial part of the project, called the South Caucasus Pipeline (SCP), starting from the Caspian coast and ending at the Georgian-Turkish border will start construction work this year. From that point up to the Turkish-Greek border, TANAP takes its place as the longest part of the Southern Gas Corridor. TANAP is expected to start in 2015, and the gas is expected to be pumped by 2018.

The capacity of the pipeline is projected at 16 billion cubic meters (bcm) in the first stage with 6 billion cubic meters of the whole capacity to be sold in Turkey; later the entire capacity will be increased to 24 bcm in the second stage. TANAP costs approximately $5 billion (TL 11 billion), a joint venture of and financed by SOCAR, Turkish BOTAS and TPAO, and BP partners.

In the beginning of the project, SOCAR owned an 80 percent share, while later BP, as the biggest stakeholder in the Shah Deniz consortium, which supplies gas to TANAP from Shah Deniz II gas field, got a 12 percent share of this. Eventually SOCAR owned a 68 percent share in that project, BP 12 percent and TPAO and BOTAS own 20 percent. In line with these numbers one might say that SOCAR has managed to retained full control of TANAP. If this project is achieved, Azerbaijan will be able to sell its own gas resources to Europe directly for the first time in its history.

By doing so, TAP enables Caspian gas resources to connect to the Italian natural gas grid and subsequently to gas exit points to Central Europe. Given the longest part of TAP is located in Greece and the economic crisis in the country, SOCAR took a very important step by acquiring 66 percent of the Greek Gas Transit Company (DESFA) to fortify its position as a regional player as well as guaranteeing project stability.

In addition to all these strategic investments, SOCAR also entered the Turkish economy with a large number of investments. In 2008, the Petrochemical Company (PETKIM), one of Turkey's biggest and most indispensable companies, was handed over to SOCAR&Turcas Petrochemical after a privatization tender of 51 percent of the public shares with a $2 billion payment. Following this development, SOCAR initiated another big project to build the STAR Refinery, which will start operations in 2017, and this refinery will be the first refinery to operate in Turkey since 1972.

The main feedstock for this refinery also will be natural gas that will be used to produce approximately 1.6 million tons of naphtha, which is mostly used to produce gasoline-petroleum products, such as diesel oil, jet fuel and LPG etc. In this way, the Turkish petrochemical industry's foreign dependency will be decreased considerably. By late 2017, SOCAR's investments in the Turkish economy are expected to reach $17 billion including the PETKİM acquisition and TANAP.

In light of these developments one cannot deny that SOCAR has paved the way towards becoming a regional player and has influence from Tbilisi to Athens. Taking into account that Baku is reckoned to be one of the oldest oil producers in the world, Baku is not a new player in the energy industry and politics. As a result of its ability to read the changing dynamics in the region and pursue ambitious goals with prudent and balanced policies, Baku and SOCAR are very likely to significantly increase their influence in the region.