A piece of China for a piece of Turkey 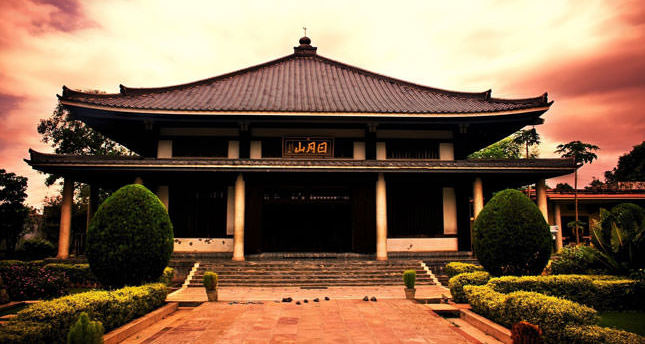 by Tal Buenos Sep 29, 2014 12:00 am
World historiography and politics have yet to catch up with post-colonial times. However, the following discovery may push further toward international recognition of political realities that are strongly linked with a history of Western imperialism: there is documentation to show that the ones who sought to tear up the Ottoman Empire in the late 19th century are the same people who spoke freely of carving up China.

The crossing paths of Western imperialism in China and Turkey are exposed in a letter that was sent on May 16, 1895 to James Bryce in London from Robert Stein of the U.S. Department of the Interior in Washington.

At the time of receiving this letter, Bryce held a cabinet position in the British government under the title of President of the Board of Trade. Armenian-centered accounts of World War I that are published in the U.S. typically offer narrow and misleading descriptions of a compassionate and fair Bryce in order to legitimize the citing of his wartime propaganda, the Blue Book, against the Ottoman state as evidence of the Armenian experience from 1915 to 1916. Such accounts do not mention that already in 1876 Bryce began to spearhead a decades-long political campaign for Armenian independence that would pave the way for his personal ascent in British politics as an expert on foreign affairs, advance British imperial interests through moral pretense and tragically mark the eventual long road of suffering for many Armenians. His efforts included declaring that the Ottoman Empire was dead, arguing that Muslims are not fit to rule, stating that Armenians were racially superior to Turks, claiming that an Armenian state on Ottoman ground was the best possible development in eastern Anatolia for Britain's continued colonization of India, organizing the national Armenian leadership and advocating for an Armenian armed rebellion despite the clear incapability of Armenian communities to protect themselves from violent reprisals.

Stein wrote to Bryce in his official capacity within the U.S. Geological Survey agency of the U.S. government using official letterhead. Considering the title of his office, Stein's involvement in international affairs would not appear to be an obvious one, but if one considers that during those days the U.S. claimed to be following a foreign policy of non-interference, as Stein himself mentioned in his letters to Bryce, then it would make sense that the correspondence with Bryce on imperialist matters would be done without openly involving the State Department.

Furthermore, Stein's letters reveal an American method to affect the conditions in Ottoman territories by mobilizing Christian organizations, thereby finding non-governmental means of imperialist influence and adding a moralistic spin to justify it. Accordingly, the religious identity of Christian minorities turned into a political identity as these groups were bent on promoting an imperialist agenda and delegitimize the Ottoman government. As a result, they were perceived as hostile political groups by the Ottoman authorities, which then treated them as a fifth column.

In the spirit of the game of Risk, Stein essentially suggested to Bryce that it would serve Britain well if a piece of China would be exchanged for a piece of Turkey. Identifying the Russian position as the main obstacle standing in the way of appointing a European to govern a big piece of Ottoman land on an Armenian pretext, Stein figured that the Russians would be placated if offered "a piece of China." Stein wrote that, ideally, he "would have all uncivilized countries placed under the control of England," but to be practical, "the next best thing" was "to place Manchuria and Mongolia, and perhaps Korea and the Tarim basin [Xinjiang] under Russian control." While he did not have a favorable view of the Russian government, he claimed that "it is infinitely better than the Chinese."

This imperialist plan carried within it an emphatic display of racism and greed: "The division of China would practically place the earth under the control of the white race – a consummation devoutly to be wished, which would fitly close the nineteenth century." According to this vision, "England will be practically the mistress of Turkey and Persia, which, together with Egypt, will constitute the focus of the world's commerce in the next two centuries."

These are the people who operated from behind the scenes of Anglo-American imperialism, and this is how they achieved their goals by dividing pieces of China, shaping an Armenian national identity in order to take over Asiatic Turkey and by throwing ideas of bartering between such assets.

This letter is available for view in MS. 196, leaves 113-115, among the James Bryce papers, which are kept by the Department of Special Collections in Bodleian Library at Oxford University.

The plan that was articulated in the letter for such action in China may have suited the U.S., but Britain had its own agenda. In "English Lessons: The Pedagogy of Imperialism in Nineteenth-Century China" (2003), James Hevia of the University of Chicago noted that the political situation in China was such that Britain, France, Germany, and Russia had actual spheres of influence in Qing dynasty territory, but for the U.S., which had no physical hold there, the main interest was to maintain a European balance of power in China so that it could exploit an open Chinese market. Indeed, Stein stressed in the letter to Bryce: "As regards trade, the condition ought to be inserted in the treaty of partition that all the territory thus divided should be free to the trade of all nations." Hevia illustrated in his book how Britain's goal in its dealings with China after the two Opium Wars was not to establish a full colonial rule as in India, but to have a semi-colonial control of it through the imposition of a pedagogical project under the threat of using force, which was "itself a form of colonization" to prepare China for subordination to other empires, meaning the Chinese were force-fed narratives that were convenient to Western imperialism, and these narratives have had a lingering effect.

Much like China, the Ottoman state was also designated by the British to suffer a form of imperialist domination that was to facilitate the all-important colonization process in India. However, while in China a didactic agenda was implemented, in the Ottoman territories the British looked to weaken the Ottoman government by generating national excitement among imperialist-friendly Christian minorities and thereby destroy the existing internal structures within the Ottoman Empire so that it could be replaced by accommodating states.

In other words, both the Qing and Ottoman governments, though known as having been empires themselves, were suffering from foreign imperial designs, and yet the long term consequences of this domination have not been consolidated into one shared narrative to offer a coherent explanation of the complex process of recovery and growth that was necessary for these subordinated empires.

While the recent emergence of scholarly work in the U.S. has led to nuanced interpretations of the colonial discourse in East Asia, the politically driven gravitation to the Armenian tragedy in discussions about the Ottoman decline has stifled a similar progression in describing the Western imperial agenda in the semi-colonization of Ottoman territories. The manipulations applied to the Qing and Ottoman territories were different, but both cases were semi-colonization efforts in the sense that they were of the same British purpose to sustain the full colonization of India.

Studying this letter and others like it may bring into view a critical juncture through which to bring together historically significant truths that are concealed in their detached and decontextualized condition in the Western historiography that is both the result and remnant of Western imperialism. The perception of an Islamic peril in Western societies has followed the same patterns of production as that of the Yellow Peril.

At this point there are narratives whose very existence in Anglo-American circles is tantamount to adding insult to the old injuries of imperialism against countries such as China and Turkey. It is a double offense to first intentionally tamper with the ways in which people govern their affairs and then criticize them over a century later for having to negotiate between individual freedoms and the protection of government from a recurrence of foreign interference. Do known burglars dare to rebuke previously burglarized homeowners for locking their doors? This double offense may be addressed through historical facts. Neither China nor Turkey has to stand alone in the efforts to recover from "post-semi-colonial" trauma and rescue historical narratives from the colonial discourse.

* The author has a Master's degree in Theological Studies from the Harvard Divinity School and is currently a Ph.D. candidate in Political Science at the University of Utah