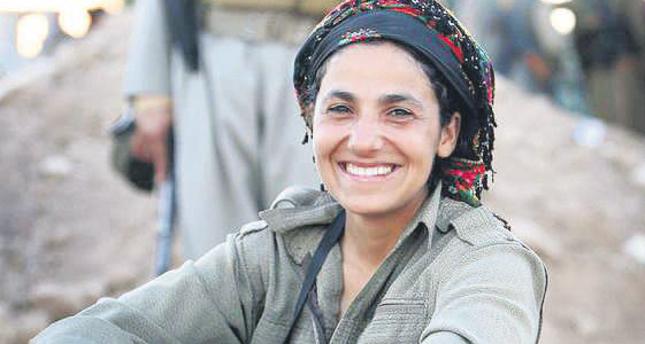 by Rahman Dağ Sep 30, 2014 12:00 am
Pro-PKK news outlets aired a video in which apparently a long military vehicle carrying tanks passed over the Turkey-Syrian border from a customs gate seemingly under the control of the Islamic State of Iraq and al-Sham (ISIS) as its flag fluttered. That video, along with previous claims that Turkey has been providing health care and humanitarian source to ISIS, created high tension among the Kurdish Communities Union (KCK), PKK ranks and its supporters.

Every related legal or illegal institution and individual ranging from PKK sympathizers to active militants believed so much that Turkey is overtly and covertly assisting ISIS to destroy pro-PKK Kurdish agencies and individuals in Syria in exchange for the release of 49 personnel of the Turkish Consulate in Mosul, Iraq who were taken hostage three months ago. To them, it is allegedly Turkey making ISIS attack regions controlled by the Democratic Union Party (PYD) in Syria. Therefore, from their points of view, the Justice and Development Party (AK Party) equals ISIS and vice versa. All these claims have repeatedly been denounced and condemned by Turkish government officials.

Personally, I still have a hard time believing such claims given that the arguments have always been revealed by certain centers and not confirmed by a fully independent source. However, this angle is the only way to look at and understand what is going to happen to the peace process under the light of new developments.

Basically, almost 170,000 Kurdish refugees have crossed into Turkey with more following and the status of Kurds in Syria. There is another aspect definite supporters of the reconciliation process should have a look from the pro-Kurdish perspective and, especially, from the individual. Reflections of the claims, at street level, are striking.

For instance, yesterday while taking a minibus in Diyarbakır to visit some relatives, I was eavesdropping on a phone call. A girl was talking to her mother about an ISIS militant attacking a girl. Later that night, the news was released that a bearded and insane man attacked a girl while crying "Allahu akbar" (God is great) and injured her. He was arrested but disturbed people in front of the police station.

Furthermore, a police patrol vehicle was fired upon and three police officers were injured. It seems that such extreme perception will cause more trouble unless something is done. It is important that support for the peace process is extremely high among all Kurds including pro-PKK electorates, but PKK and KCK sympathizers are dramatically being influenced by news reports regardless of whether they are true or not. Under these conditions the relationship between leading figures of the PKK, KCK and their base becomes crucial.

Throughout the long history of the PKK, it has intentionally been disseminated that the Turkish state always lies to Kurds in order to maintain its denial policy, torturing, unidentified killings and so on.

On the other hand, Turkish state officials have always thought that the fundamental aim of the Kurdish ethnic movement is to form an independent Kurdish state - Kurdistan - by dividing Turkey. Stressing common history and culture by both sides of the reconciliation process has been an antidote against those embedded fears, but any single tension and contradiction during the process results in fearfed wounds showing themselves in the historical memory.

The core point here is from the perspective of supporters and sympathizers of the PKK, KCK and PYD: Turkey is committing war crimes against Kurds. That is the main reason why the KCK threatens to quit the non-confrontational atmosphere and the reconciliation process. I hope Kobani does not fall to ISIS with reservation of the political status of the PYD's territories. Yet, such a reality or allegations should be reconsidered in terms of that it has a potential to change the direction of the peace process, firstly in the mind and then in practice.

Finding empathy with sympathizers, supporters and members of the PYD and People's Defense Force (HPG) in terms of news and discourses they encounter might be a triggering point to do more to refute such claims together with solid developments for the sake of the reconciliation process. Neither Kurds nor Turkey has benefitted from this tension, but both have considerable benefits when they get together in the new Middle East.