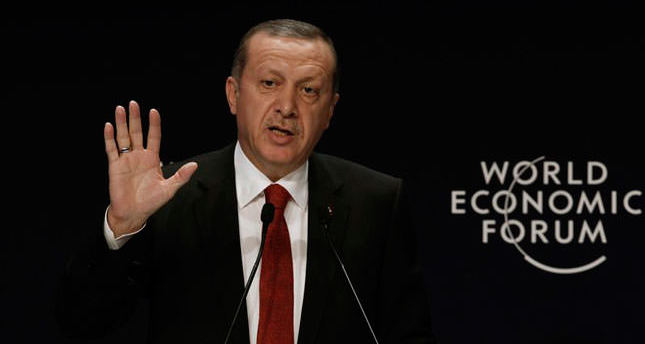 by Erkut Ayvazoğlu Oct 01, 2014 12:00 am
The Federal Republic of Germany traditionally seeks to have ordinary relations with one of its most important allies, the Turkish Republic. While Germany continues especially good economic relations with the predominantly Muslim country and having several partnerships in other important fields, it seems that there are interesting developments and a kind of rivalry in the background – particularly in recent years. Of course, it is not known what the concrete issues are – at least for now. However, what we know is that under these conditions, instruments such as German media outlets have become more and more striking in the last couple of years with regard to their negative reports about Turkey and its politics. These are both extremely strange and interesting. In addition to the many controversial articles concerning Turkey that have come from German media outlets, in August 2014 for instance, the German weekly Der Spiegel also revealed that the German Federal Intelligence Service (BND) has been spying on its NATO ally Turkey since 2009. Furthermore, another German daily, Die Welt, claimed recently that Turkey is seeking to acquire enriched uranium. The article published in Die Welt, which is known for its current bias toward the current Turkish government and president, claimed that Turks are working on building a nuclear weapon with instruction from President Recep Tayyip Erdoğan. In addition, it was also reported without any reasonable proof that the technology to build this weapon was transferred to Turkey by Pakistan.

However, subsequently to the strange assertions in Die Welt both the Turkish Foreign Ministry and the Turkish Energy Minister Taner Yıldız denied the claims. Turkey did not have the intention or technology, such as a nuclear research reactor or a uranium enrichment program, for nuclear weapons production, Yıldız said. The Foreign Ministry also made clear that Turkey attaches great importance to issues of arms control and disarmament. Moreover, it said that the country is a party to all relevant international treaties and conventions including, in particular, the treaty on the non-proliferation of nuclear weapons. It is also an active participant in international efforts in these areas.

After World War II, which resulted in the defeat of Nazi Germany, several concerns arose that those few states possessing nuclear weapons would destabilize international relations and a nuclear war could even be possible. Thus, since the 1960s the main objective has been to prevent the further spread of nuclear weapons, however, there were different opinions in order to achieve this goal. Today, everything could have been different if the Baruch Plan, based on the Acheson-Lilienthal report and submitted to the U.N. Atomic Energy Commission by the U.S., U.K. and Canada, which would have internationalized all nuclear activities from mining to final disposal, had been accepted in 1946 – when the U.S. was the only country that possessed nuclear arms (the Soviet Union did not trust the U.S. disarmament promise – perhaps rightly). Nevertheless, many years later and after other countries also developed their own nuclear weapons, a fundamental event took place: the adoption of the Treaty on the Non-Proliferation of Nuclear Weapons (NPT) in 1970. The treaty distinguishes between official "nuclear weapon states" (NWS) such as the U.S., Soviet Union, China, France and the U.K. and "non-nuclear weapon states" (NNWS), that is to say, the rest of the world. The NPT distributes obligations but, above all it bans nuclear arms for every state except the NWS, i.e., those five states mentioned above.

Unfortunately, on the one hand, these NWS did not follow their disarmament pledges under the NPT and, on the other hand, NNWS countries developed their own nuclear arms such as North Korea, India, Pakistan and Israel – of course, "illegally." The NPT issue gets more difficult from the perspective of international law if one examines the case of North Korea, which withdrew from the treaty in 2003, and the case of India, Pakistan and Israel that have never joined the NPT. Ultimately, all four countries possess nuclear weapons as well. So what? Did anyone speak about legality or is there any credibility? In 1995 the treaty was extended indefinitely and there are currently approximately 190 NPT-members, without India, Israel, Pakistan and North Korea. Turkey joined the NPT in 1980.

At the beginning of the 1990s, certain European states reacted reluctantly against the announcement that the U.S. administration under President Bill Clinton wanted to advance a Comprehensive Test Ban Treaty (CTBT) with the goal of banning all nuclear explosions in all environments for military or civilian purposes. Non-nuclear states welcomed this attitude while the U.K., a permanent member of the U.N. Security Council (UNSC), supported the idea that nuclear tests are necessary for the safety and reliability of British warheads. Later, this opinion changed surprisingly into the position that Britain›s weapons would be safe and reliable even without tests. In a similar way, France changed its former anti-CTBT attitude as well. Ultimately, the CTBT was adopted in September 1996 by the U.N. General Assembly but still it could not enter into force until today.

There are nuclear states such as the U.K. and France who "legally" possess nuclear weapons in accordance with international law. These countries were colonial powers and the U.K. was even a superpower, though, once upon a time. Moreover, there are countries such as Israel, North Korea, India and Pakistan – who acquired nuclear technology under the pretense that if India has the bomb, Pakistan has to possess it as well, which is quite understandable – which possess nuclear weapons as well.

After 2003, EU member states became a little more active in global matters and thus decided to reinforce the current non-proliferation treaties to intensify export controls and extend international cooperation with other states. In that context the EU made efforts within its EU-3 initiative with regard to the revealed Iranian nuclear program. Despite all the developments, the relations between the U.S. and EU improved after a certain period following the Iraq war. Consequently, the EU and U.S. were able to encourage a UNSC resolution that obliges the states to prosecute illegal activities concerning WMD-capable technology.

Despite the obvious and known hypocritical attitude toward certain countries by Western countries concerning nuclear weapons, of course, these steps for non-proliferation are encouraging developments that the global society welcomes. But today we also have to start questioning and challenging the state of mind of those countries that are the NWS, i.e., countries that legally possess nuclear WMDs according to the NPT. And surprisingly, those countries are the so-called five permanent members of the UNSC. As Dr. Cemil Ertem said a few days ago: "When we consider the fact that the five main victors of World War II (China, France, Russia, the U.K. and U.S.) became the five permanent members of the United Nations Security Council, it is not that difficult to see how and under what circumstances the U.N. was established."

As one notices, the specific question of nuclear WMDs is not just a case that can be reduced to a German newspaper›s ideological slandering claims. First of all, there is a main fundamental global inequality that causes several other problematic circumstances in global politics. Thus, those needed steps might be started in accordance with some world leaders› recent call to initiate the UNSC reform. In this sense, a few world leaders demanded the UNSC reform during their addresses to the U.N. General Assembly over the past few days, calling for the addition of more permanent and non-permanent seats on the UNSC and the elimination of the veto. In this context, the slogan, "The world is bigger than five," becomes, therefore, a key statement for the near future. The majority of people around the globe are echoing this call for immediate reform that should be seriously taken into account – otherwise, it might not be possible to solve several other problems that are directly or indirectly related to this issue.