The Turkish-Armenian dispute: Who has something to hide? 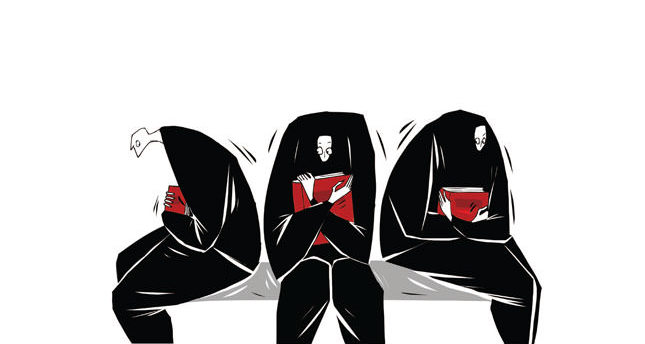 by Maxime Gauin Oct 14, 2014 12:00 am
In the context of the Perinçek v. Switzerland case, and of the forthcoming centennial of 1915, Turkey will be, once again, pressured to "face history." However, who can contest the fact that contemporary history should be written after free studies in the relevant archives? The Ottoman and Turkish archives (prior to 1938) have been open since 1989 and the ease of access greatly increased over the last 15 years. Supporters of the "Armenian genocide" have worked in the Ottoman archives since 1991, including Ara Sarafian, Hilmar Kaiser, Garabet Moumdjian and Taner Akçam.

On the other hand, the only scholar who does not endorse the Armenian nationalist narrative and who tried to work in the National Archives of Armenia, Yektan Türkyılmaz, was arrested without reason and eventually expelled. About 10 years ago, Stefano Trinchese, a professor of history at Chieti University in Italy wrote a letter to the archives of the Armenian Revolutionary Federation (ARF) in Watertown, a suburb of Boston in the U.S. His demand of access to documents was left unanswered. Nothing has changed until now. In August, I was in the U.S. to work in various archives. I had sent an email to the head of the ARF Archives Institute about three weeks before my arrival in Boston – he did not answer. I re-sent the email, without any success. I wrote twice to Dickran Kaligian, an Armenian-American historian affiliated with the ARF, but he did not answer. Eventually, I called, but nobody responded. This is hardly a surprise – if you consult the official web site of the ARF Archives iInstitute, you cannot find any information for researchers such as the time and days of opening. Regardless, this was not my first bad experience with Armenian archives. I tried twice to work in the Nubarian Library in Paris, which is not affiliated with the ARF, but the first time the curator said that he would be out of France when I would be here, and the second time he simply did not reply to my emails. Cumulated, all these facts are already illuminating on Armenian archives.

However, and even more strikingly, scholars who challenge the "Armenian genocide" label are not alone in facing a closed door to Armenian documents as Ara Sarafian noticed. The personal papers collected by the Zoryan Institute in the U.S. and the archives of the Armenian Patriarchate of Jerusalem are open only to a very small number of "partisan" authors who can as a result, affirm whatever they want without taking the risk of being contested. In short, who can seriously pretend to defend "the truth" and hide his own archives?

The reasons for this closing of Armenian archives are not hard to find. Some will be provided here. Gradually, thanks to the work of historians like Michael Reynolds, who is not exactly a supporter of the Young Turks, it appears how Russian officers were concerned by the war crimes of Armenian volunteers as early as autumn 1914. Even less known, however, are the similar concerns of French officers from 1918 to 1920. In July 1920, a pogrom was perpetrated in Adana against the Muslim population who fled en masse. Colonel Édouard Brémond, who was a friend of the Armenian people all his life, ordered systematic hangings of Armenian criminals without trial to put end to the crisis. In addition, the Armenians and Assyrians who had slaughtered the whole population of a village close to Adana were put on trial. All were sentenced by the French military tribunal. Five of them were sentenced to death and four to life terms of hard labor. It took one month to curb the worst aspects of the Armenian violence and two more months to restore tranquility. After the return of calm and Muslims to Adana, Tommy Martin, head of the police of Adana, unequivocally concluded after a careful investigation that the riots in the summer of 1920 were planned and executed by Armenian nationalists, especially the Social Democratic Hunchakian Party, to practice ethnic cleansing and to reform Cilician Armenia. As a result, several Armenian leaders and agitators were expelled from Cilicia by the French administration. The Armenian Legion, established in 1916 by an agreement between the French government and Armenian nationalists, was disbanded in the summer of 1920 because of its recurrent "evil spirit" in the words of the French cabinet.

These events were not isolated. As observed by the French navy's intelligence service, there was a triple movement in the spring and summer of 1920: Greek offensives from the west, Armenian attacks from the south and other Armenian attacks in the Caucasus. This is corroborated by the fact that the expulsions and massacres of Azeris were led in the Caucasus by Archbishop Moushegh Seropian, who had previously been sentenced in absentia by the French martial court of Adana to 10 years of hard labor and 20 years in exile for conspiring for terrorism in April 1920. Correspondingly, the French high commissioner in Tbilisi, Damien de Martel, wrote that in June 1920 only 36,000 "Tatars" (Azeris) had been expelled from south of the Yerevan region and 4,000 others including women and children had been killed. Damien de Martel concluded, in diplomatic language: "It did not seem unnecessary to report these details, which show that this is not always 'the same ones who are massacred.' " Some politicians should remember, or rather learn, these remarks, which are indeed "not unnecessary."

They should be remembered even more since two of the main perpetrators of the ethnic cleansing against Azeris in the Caucasus were Drastamat Kanayan, also known as Dro, who was later an officer in the Nazi army and Garegin Nzhdeh, who collaborated with Axis powers and the Soviets. Armenian apologists try to trivialize the alliance between the Armenian Revolutionary Federation and the Third Reich as simply opportunistic. It was not. At a time around 1922 when Hitler was a completely obscure politician, the ARF was already obsessed by the idea of the "Aryan race." In the 1920s, the ARF tried to create an "Aryan confederation" in the name of "Aryan fraternity" with nationalist Kurds in the Xoybun organization and also with Iran – see the works of Jordi Tejel Gorgas on Kurdish nationalism from 1925 to 1946. About at the same time, in 1928, the ARF began its rapprochement with Fascist Italy, whose ideologues eventually acknowledged the proximity between Mussolini's fascism and the doctrine of the ARF. It went so far that the ARF proposed to recruit volunteers for the Italian invasion of Ethiopia in 1936 as well as ways to ease the effect of the economic sanctions dictated by the League of Nations. On this rapprochement read the illuminating publications of Beatrice Penati and G. Mamoulia. Obviously, for these Armenian nationalists, Hitler was the perfect combination of fascism and "Aryan fraternity." It must also be noted that several editorials published in official newspapers of the ARF in the 1930s, especially Hairenik and the U.S. Hairenik Weekly, expressed an extremely virulent anti-Semitism that was for decades not only verbal. For example, the Jewish community of Van was entirely annihilated by the Armenians of the Russian army during the World War I, as observed by the historian Justin McCarthy.

After the defeat of the Third Reich, Nzhdeh was arrested by the Soviets and died in prison in 1955. However, Dro escaped and eventually fled to the U.S. In 2007, the CIA released part of its documents on him in the archival series on Nazi and Japanese war criminals. I read and photographed this file in the National Archives at College Park, Virginia, discovering interesting facts. First of all, there were strong Soviet efforts to capture Dro. Marshal Georgy Zhukov, military governor of the Soviet Occupation Zone in Germany, asked his head to the Americans. So, how did he escape? The CIA documents show that Dro became, as early as 1945, an agent of the U.S. military intelligence service and that he worked for the CIA after it was established where he worked until his death in 1956. In spite of having been a perpetrator of ethnic cleansing, a Nazi war criminal – each time for ideological reasons – and a CIA agent – to save his life, this time – Dro and Nzhdeh are revered both in Armenia and by the Armenian diaspora. It is not difficult to imagine why the ARF does not want to open its archives on them. I do not think that most Turks are afraid of the truth. They simply want the whole truth honestly and scientifically examined.