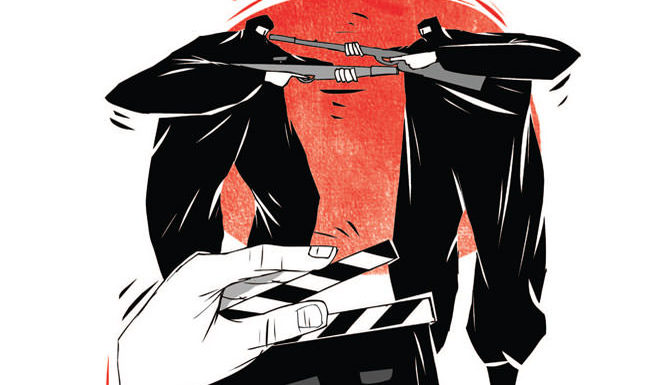 Recent pronouncements made by senior members of the U.S. Government concerning their policy to attack Islamic State of Iraq and al-Sham (ISIS) forces have failed to take into account many aspects of the complexity of sectarian, ethnic and political issues in the region.

In addition, the remarks made by U.S. Secretary of Defense Chuck Hagel about a protracted air campaign in Syria to attack ISIS command and control and vital assets belies a further misunderstanding of the political consequences of these proposed actions. When this is added to the plans to vet and arm other factions of the Syrian opposition to fight ISIS, U.S. policy will merely come to more grief in the region. The net result of what the U.S. is currently doing will be to alienate Sunni opinion in the region, further radicalize Sunni elements against the Crusaders and to strengthen Iranian power which will lead to a consolidation of the Iranian-Alawi-Hezbollah axis.

Let's start with Iraq. If the U.S. embeds advisers with those elements of the Iraqi army that it thinks may be able to effectively fight ISIS, then we have unequivocally entered the Iraqi civil war on the side of a corrupt, non-inclusive Shiite dominated puppet state of Iran. The possibility of creating a truly inclusive government in Iraq is long gone and this fantasy needs to be abandoned. The Shiite will not willingly cede power back to Sunni groups in Iraq nor will Tehran allow it. The inclusion of Sunnis at senior levels in the government will only be for a show to the U.S.

In terms of fighting ISIS, the Iraqi Army is not an adequate military force and no amount of U.S. training can ever overcome the fact that a Shiite army will not be able to operate effectively in the entirely hostile environment of the Sunni heartland. Any attempt by the Shiite army to advance into the Sunni areas will drive tribal elements that may have been hostile to ISIS and its ideals into alliance with them. Resistance will stiffen. U.S. airstrikes on Sunni tribal elements in support of a Shiite advance will only consolidate the position of ISIS and increase support for them in other Sunni areas of the region such as Jordan, Saudi Arabia and Qatar. The Sunni tribes could be pried away from ISIS if given the right incentive, which is the creation of a Sunni state in the upper Tigris-Euphrates valley, however, that policy is not even on the table. As the U.S. policy makers get further and further distracted by the campaign against ISIS, they are in fact giving the Iranians more time to finish their nuclear program. The fact that the U.S. and Iran have a temporary common enemy in ISIS should not blind the U.S. to the fact that a nuclear armed Iran is far more of a threat to the U.S. than ISIS. The only thing that could change this equation would be if ISIS conquered Iran and took over their nuclear program, which is highly unlikely.

There is a further rogue element at work in southern Iraq as well and that is the Shiite militias that are not under the control of the Central Government and would not be under the control of U.S. advisers. They will pursue their own agendas irrespective of U.S. policy aims and 1,600 advisers won't be able to stop them. These militias will also be coordinated by Iran which will use them to work assiduously against U.S. interests.

Although the Kurds may be better military material for the U.S. to work with, many of the same problems exist in the north. They are not Arabs and they will find little support in the Arab Sunni regions of Iraq. There are distinct limits as to how much territory they can recapture. Out of necessity certain Kurdish groups are already cooperating with Iranian elements such as the Pasdaran. It is imperative that in order to restore some balance of power in the region that the U.S. allies with the Kurds in such a way that they are not tempted to work with the Iranians even for short-term gains.

Furthermore, the Kurds' political motivation will largely be expended when they retake areas that were traditionally Kurdish where Saddam settled Sunni Arabs. The Kurds will face the same problem as the Shiite army if they enter predominantly Sunni Arab areas. They will have no popular support. They will drive the tribes into alliance with ISIS to resist a Kurdish takeover. Finally, the peshmerga do not possess the logistical capability to advance far into a hostile environment.

The approval given by the Turkish Parliament to allow Turkish troops to conduct military operations against ISIS further complicates the situation for the Kurds and for the U.S. Several political considerations will pull Turkey in different directions. Turkey's main policy interest is to remove Bashar Assad from power and to prevent the Kurdish parts of Eastern Anatolia from becoming more restive.

The situation in Syria is even more complex. First off we have no proxy force in place there. Assuming that there are some so called moderate groups that we could strengthen and arm; what happens if ISIS defeats these disunited groups in detail and captures the weapons? Then we've only armed and strengthened ISIS, a likely outcome, or what will prove easier for ISIS than capturing them is simply to buy them from the other opposition groups the U.S. armed.

U.S. policy to degrade ISIS's position in Syria through airstrikes is already alienating elements of the Syrian opposition. There have already been widespread demonstrations against the U.S. bombing in Syria. Also it is highly questionable whether the airstrikes in Syria and Iraq are having any real effect. Intelligence reports are emerging that indicate that ISIS forces are placing empty military vehicles in strategic locations to draw U.S. fire. As a result we are destroying $20,000 pickup trucks with $110,000 Hellfire missiles.

Finally it is not in U.S. interests to enter Syria's civil war effectively in support of the Assad regime. To preserve Assad in power is to help maintain Iranian influence in the region. That is not a policy goal that we should entertain. Iran is in fact the U.S.'s most powerful enemy in the region, even more so than ISIS at this point as Iran is actively working to acquire nuclear weapons.

The idea of extracting vetted anti-government fighters from Syria and taking them to Saudi Arabia for training and then sending them back to fight ISIS is ludicrous. Even if the U.S. could identify suitable candidates this whole process will take at least a year and by that time the situation on the ground will have radically changed and changed in ways the U.S. hasn't influenced. The number of Syrians that the U.S. military has proposed to train will not be sufficient to have a significant impact on the battlefield. Thus limiting U.S. actions in Syria to air strikes against ISIS to degrade their capability will only serve to strengthen the regime of Bashar Assad and to galvanize Sunni groups against the U.S. and its coalition. Once again, the net result of the proposed action in Syria and Iraq will be to strengthen the Iranian-Alawi-Hezbollah axis.

Despite the political hysteria in Washington, ISIS is not an immediate threat to the U.S. and every power in the region is arrayed against it. It may not be possible to recapture the Sunni areas of Iraq and Syria from them without a major U.S. troop presence but there are definite limits based on geographic, ethnic and sectarian factors that should prevent ISIS from further significant expansion. The U.S. needs to refocus its policy in the region and not divert its attention from making sure that it contains and degrades Iranian influence in the region.