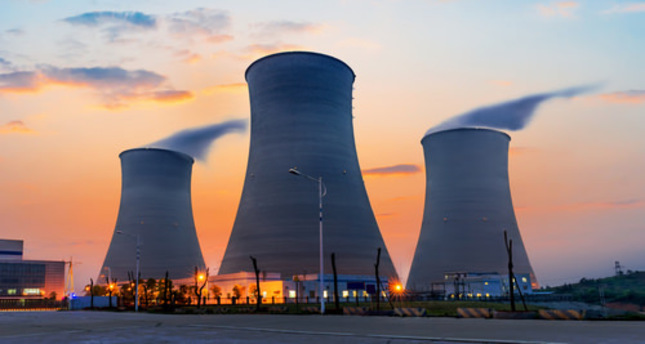 by Ömer Çiftçi Oct 28, 2014 12:00 am
Rising energy prices and volatility of energy markets has been threatening economic stability in Europe and inevitably weakening its competitiveness. While the U.S. having access to cheaper unconventional fossil fuel supplies like shale gas, the EU has long term gas and oil contracts with higher prices. Generally speaking, the EU industry currently pays gas prices three times higher than the industry in the U.S., India or Russia. Meanwhile, EU industrial electricity prices are more than twice those in the U.S. and Russia. This price gap negatively affects the EU's energy-intensive industries' competitiveness, particularly where energy accounts for a vast share of total production costs. Moreover, rising energy prices also affect consumer behaviors and daily spending of EU citizens so much so that a larger share of family budgets are spent on energy bills, which leave less to spend on other goods and services. Indeed, rising energy prices might depress EU economic growth and even lead the EU economy into recession in the future.

Given the fact that rising energy prices have crucial implications for EU economies, at the same time it's difficult to restrain rising energy prices as they depend on several factors such as the cost of fuel purchases or production and shipping as well as construction and operation services. Network costs cover transmission and distribution infrastructure expenditures related to the maintenance and expansion of grids. In addition to these, taxes due to environmental and climate change concerns, higher network tariffs and renewable subsidies significantly contributed to higher energy prices. The biggest element of energy prices, however, is fuel cost, which has showed significant increases in recent years in Europe due to increased reliance on international markets. In this case, international authorities do not have any hope for future energy prices. According to the International Energy Agency (IEA) energy prices are projected to increase continuously mainly due to increasing global energy demand. IEA estimates that global energy demand will increase by one-third from 2011 to 2035 while China will become the largest oil-importing country and India the largest importer of coal by the early 2020s. These developments are heralding tough challenge for the EU to maintain its competitiveness and to ensure sustainable growth.

Looking at the new framework for 2030 there are significant changes when compared to 2020 targets. Renewable energy will again play a key role in the new strategy with a more market-oriented approach and with a more ambitious target, which is 27 percent final energy consumption of EU as a whole in 2030. This time there is no national target for EU member states that enable them to adopt climate and energy policies based on their national circumstances and give governments more flexibility. By putting this kind of ambitious target for renewable energy until 2030 the EU commission aims to give confidence to green investors and boost the green growth and create more green jobs.

For the carbon emissions target the EU Commission set higher standards again by 40 percent emissions reduction for 2030 compared to 1990 levels. The commission assures that this new emissions target is cost-effective and will not cause carbon leakage known as the moving of European carbon intensive industries out of the EU. Regarding climate change negotiations, the commission stresses the importance of 40 percent emissions reduction for 2030 by saying that with this kind of ambitious commitment the EU will have a strong card in climate negotiations before 2015 when international negotiations on a new global climate agreement will be finalized in Paris. On the other hand, strong reforms are also projected in the framework for EU Emissions Trading Scheme (EU ETS) to make this EU market mechanism to reduce carbon emissions more resilient and effective.

In the new framework, the commission gives high importance to liberalization of the EU internal energy market for long-lasting solution. It envisages that increasing competition and different choices for consumers it can stimulate energy providers to increase efficiency and offer more affordable prices. Nevertheless, to realize a broader liberalization of the market Europe has to spend billions of euros to modernize its grid, new electricity infrastructure for enabling a single EU energy market. On top of that, as these investments can increase energy efficiency in this sense, more needs to be done for helping consumer's lower consumption. To date, the commission has not put any numerical target for energy efficiency, however during the previous negotiations it was said that the commission will likely set certain targets for energy efficiency for 2030 in October as well.

Last but not least, a strong strategy has been set by the 2030 framework for developing new and innovative energy technologies to improve European competitiveness and energy security. In this sense the need for a true entrepreneurial culture has been sharply emphasized by the commission in order to capture the value of research and innovation for establishing new ventures. Europe has been suffering from a lack of strong entrepreneurship culture, even though the EU, possessing excellent research centers, top universities and well-known scientific institutions has hardly turned this knowledge into new products and commercial ventures. The commission along with different EU organizations will support more initiatives and found various institutions to promote more innovative and entrepreneurial culture within the EU.

EU Commission President Jose Manuel Barroso described the 2030 framework as "a kind of marriage between industry and energy and the environment," and that "[the package] proves that tackling the two issues simultaneously is not contradictory but mutually reinforcing and can go perfectly well together." It seems that this marriage in the new framework will likely help the EU to challenge rising energy prices and maintain its leading role in the energy and climate industry.