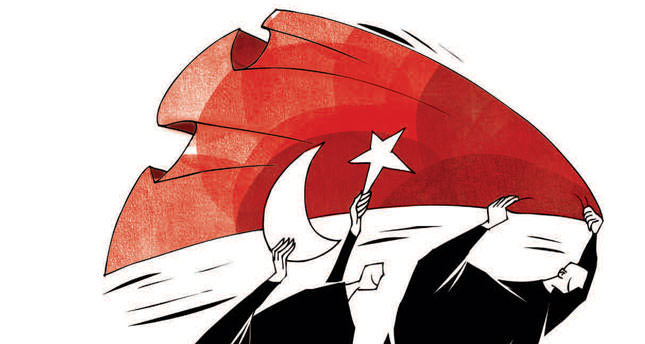 Several newly flourishing institutions have attracted both media and public attention for culturally interacting with other nations and providing humanitarian aid. Without a doubt their efforts bolster Turkey's influence in its surrounding region

Prime Minister Ahmet Davutoğlu, in explaining the rationale behind the presence of multiple institutions in running Turkey's foreign affairs, articulated that "the multi-faceted foreign policy of Turkey could not be accomplished merely with the traditional foreign policy tools and frameworks." Having this idea in mind has led to the foundation of new institutions with international roles and the adoption of novel frameworks such as cultural diplomacy, humanitarian diplomacy or public diplomacy. The Yunus Emre Institute (YEI), Directorate of Turks Living Abroad and Related Communities (YTB) and the Public Diplomacy Coordinator's Office have been established and the Turkish International Cooperation and Development Agency's (TİKA) mission has been redefined in order to uphold such diplomatic activities. This ostensibly brought new regions, forms of interactions, messages, instruments, actors and institutions into Turkey's foreign policy domain. This diversification suggests that Turkey has new aims and claims in foreign policy.

In tandem with the arguments of the Justice and Development Party's (AK Party) alleged agenda of Islamizing the country, new aims and claims have been alleged many times for being Islamic in motive, tone and conduct. To those having such a view, TİKA, YEI and YTB are functioning as new diplomacy tools for religiously formulating foreign policy, even sometimes - or most of the time depending on the one having the view - at the expense of supporting groups conducting acts of terror in the name of Islam such as the Islamic State of Iraq and al-Sham (ISIS). Therefore, the tools developed and reorganized for conducting cultural diplomacy missions have become suggested as the conduits of the AK Party's so-called Islamic agenda abroad.

It is true that during the AK Party's time in power, thanks to these diplomacy institutions' conclusive activities, the bonds between Turkey and the Muslim world, which were sharply broken by the Kemalist regime, were re-imagined, re-invented and re-established. These institutions and new foreign policy frameworks gave the government the chance to build firsthand relations with various Muslim communities and groups and the state-to-state character of foreign affairs has been stretched to the societal level. Hence, in the long run, the break between state and society in the case of Turkey and Muslim communities has been bridged and partly cured. At this juncture, it deserves questioning that in doing so is Turkey embarking on an Islamic foreign policy or does building relations with Muslim communities lead a country to end up having a religious policy? For some, those who see foreign policy as a value-free domain or those who see involving in the affairs of Muslim communities in, for instance, the Middle East, as becoming drawn into a bog, it might be considered an Islamic foreign policy. However, it is the same state of mind that takes a dim view of the affinities toward Muslim communities abroad while requesting Turkey's backing of, for instance, the ethnic Turkish communities in the Balkans or of the Kurdish communities in Syria and Iraq. This impedes them from being consistent in their requests of backing the suffering communities. They therefore are, in essence, in trouble with the cultural codes of the people of Turkey and with the legacy of the Ottoman Empire and Islamic civilizations.

As the leading institution that has been accused of following an Islamic agenda, TİKA has so far provided the vulnerable and needy with humanitarian and development assistance in more than 80 countries, 49 of which are the least developed countries in the world located mainly in Africa and South and East Asia. Due to TİKA's heavy work and efforts, Turkey became the third largest humanitarian assistance donor in 2012 and 2013, as the Global Humanitarian Assistance Reports recently revealed. While Turkey is considered the "most generous donor," why would people portray Turkey's humanitarian assistance program as being Islamic in essence? Are Germany or Japan, the fifth and fourth largest donors respectively, blamed of having a religious or a religiously inspired agenda? Definitely not. Even Oxfam, one of the world's largest civil humanitarian organizations originally established by Quakers, social activists and academics, responds to the question of whether Oxfam is a Christian charity or not by saying that "Oxfam is a secular, nongovernmental, independent and non-profit organization." Defining Oxfam as Christian would be like saying painting is a Christian hobby because churches commissioned painters. So why do some people think TİKA is a religious missionary institution? Despite the fact that many of the least developed countries have Muslim-majority populations, do they want TİKA to not provide those Muslim communities with humanitarian assistance in order not to be seen as acting in an Islamic fashion? What TİKA rather does is support both Muslims and non-Muslims. For instance, while restoring Ottoman and Islamic artifacts in the Balkans, Africa and Middle East, it funds the potable water project of Native Americans in the U.S. or teaches its experience in development assistance to the Mexican International Development Agency (AMEXCID). Should we expect AMEXCID would learn how to run religious missionary missions from TİKA? A similar framing is used in defining the activities of the YTB. The YTB was established to develop relations with Turkish expat communities. In defining the scope of its mission, particularly toward the migrant communities of Turkish (and Kurdish) descent living throughout Europe, the institution took a survey conducted with 3,500 Turks outside Turkey, as the ground for developing relevant policies. The survey results suggested that racism, Islamophobia and protection of religious freedoms are the most worrying concerns for Turkish diaspora communities in Europe. Upon this result, YTB developed policies to work closely with the host country governments and nongovernmental organizations to cope with these problems. Other than congratulating this scientifically backed policymaking, people rather blame the YTB of acting with an Islamic pretense.

A similar alleged role of acting in an Islamic fashion is cast on the YEI. The YEI was founded to promote Turkey's language, history, culture and arts abroad. The focal point of the critiques toward the YEI is its emphasis on Islamic and Ottoman literature and arts, which supposedly leads the institution, for instance, to build relations with radical Islamic groups abroad. It might hold true that some radical groups may have shown concern of the presence of YEI in their relevant countries, due to the YEI's embrace of Ottoman and Islamic arts and literature. This however does not change the fact that the YEI's mission is to promote Turkey's culture, arts and language abroad, and Ottoman era culture, arts and language are undeniable components of this. Otherwise would, for instance, make us to abandon and ignore the Sami Frasheri's (Şemseddin Sami) contribution to Turkish language or Yunus Emre and Rumi's long adopted philosophy of humanism.

To sum up, framing Turkey's humanitarian and cultural diplomacy as Islamic is the result of an ideologically tainted state of mind and a continuity of the Kemalist denial of Turkey's Ottoman and Islamic past and present. With a rational mind, providing Muslim communities with humanitarian aid or assisting diaspora communities in campaigning for religious rights and identity can in no way be presented as a religiously driven policy.