The challenges of Tunisian democracy: Insights from Turkey and Egypt 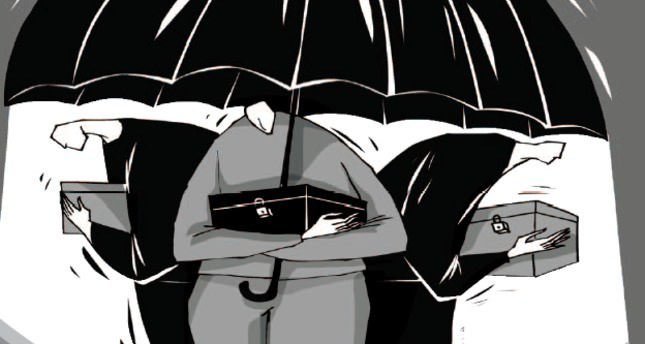 The Nidaa Tounes, widely known as secularist party, received the majority of votes in the Tunisian election. Although this has been regarded as a major setback for the Islamist Ennahda Party, they still have tangible power in parliament

In 2011 Tunisia surprised the world by ending the 30-year rule of Zine el-Abidine ben Ali, setting a precedent for others in Egypt, Libya and Yemen. This wave of change was felt across the Arab world resulting in reforms, revolutions and conflicts throughout the region. Last week's parliamentary elections in Tunisia also surprised the world with the return of ben Ali's friends under the leadership of Beji Caid el-Sebsi, 87, who won the plurality of votes in the first democratic elections under a democratic constitution. We must first congratulate Tunisians for conducting a peaceful election process as Tunisia has been a symbol of the Arab revolutions with its toppling of ben Ali's despotic regime in 2011.

The wave of changes affected the whole region with ensuing reforms in Morocco and Jordan and more public spending in Gulf countries. However, there were serious setbacks in Egypt where a military coup reversed the democratic tide, and in other countries - Syria, Yemen and Libya - where the struggles for democracy turned into civil conflicts. In this sense, Tunisia's moving forward with a democratic and conciliatory constitution looked promising. In this analysis I elaborate the challenges that lay ahead of Tunisian democracy through sociological insights and lessons from Turkish and Egyptian experiences.

Sociology posits that social change is difficult and painful. Every regime creates a set of social-political arrangements with vested interests in the status quo. As many revolutionaries associate their regime with a person, generally a despot or a king, they are wrongly convinced that the fall of that person means the fall of the regime. When forced, the regimes may sacrifice their leader in order to maintain their vested interests. We saw that in Egypt where the military sacrificed Hosni Mubarak to relieve the popular pressures for change, but it managed to remain in control. Established elites and groups pose serious obstacles before social and political change and they have the upper hand against challengers.

Another sociological insight suggests that resources matter significantly in promoting or resisting social change. In the latest elections the two parties with the most resources were the most successful ones in Tunisia. The Nidaa Tounes party won 38 percent of votes - 85 seats - and the Ennahda Party won 31 percent of votes - 69 seats. As the party of the old regime with some reference to democracy and the Habib Bourguiba period (1959 to 1987), the former possess financial, political and bureaucratic resources. A strong intellectual and bureaucratic network and resources gave it an advantage against its opponents. The latter's relative success is also related to its organizational resources, especially widespread membership along with infrastructure it had build in the past. The two other parties in the elections, Ettekettul and the Congress of the Republic Party, lost a significant share of their previous votes.

With all respects for the Tunisian people's preference, the electoral victory of the Nidaa Tounes party is not all good news for the future of Tunisian democracy. Dangers lie ahead of democratic consolidation because they served under despotic rule and can easily compromise democracy due to their old habits and outside encouragement to do so. Nidaa Tounes' success resembles Ahmed Shafiq's in Egypt's 2012 presidential election. It signified the return of Hosni Mubarak's men and boosted the morale of the status quo in Egypt. Nidaa Tounes is accustomed to use this opportunity to suppress the opposition as in the past. Even though it is not very easy, no one can guarantee it will not happen.

How then can we explain the return of the Nidaa Tounes party after three years from their fall from power? First, this election was more a matter of survival for the men of the old regime. Because its cadres fell from grace after a popular uprising, their legitimacy and statesmanship were at stake. Nidaa Tounes's leadership presented themselves as the only solution to save the country from Islamists and terrorists because anti-Islamist discourse has some appeal among secular sections of society and abroad. Second, it gained prestige with its constructive attitude during the national reconciliation process. Third, resource mobilization theory argues that it is neither grievances nor numbers but the possession and strategic use of resources makes a difference in social contests. Nidaa Tounes possessed the most resources among the parties in terms of personnel, finance and intellectual capital. Fourth, Nidaa Tounes leader Beji Caid el-Sebsi presented himself as the second Bourguiba, the founder of the Republic of Tunisia, or a statesman needed during chaotic times. Fifth, the Nidaa Tounes party managed to unite secular groups around itself from ben Ali's Constitutional Democratic Rally party, progressive liberals, strong businessmen, secular leftists and Bourguiba's Socialist Destourian Party. Sixth, voter turnout remained low at 62 percent signifying people's alienation from the political process and potential for improvement. This is probably due to the fading of revolutionary fervor among the youth.

As we have seen in Egypt and Syria, the fact that the West is not sincere about Arab democracy and Gulf countries hate political Islam like the Ennahda Party will encourage Nidaa Tounes to exclude the Islamist opposition from the system despite their moderate attitude. Nidaa Tounes was aggressively hostile toward the Ennahda Party, which was considered moderate even by many external observers. There are signs that they began to tone down this antagonism but only time will tell the actual result. We can only hope the status quo parties internalize democracy quickly, but it is not very likely because old habits do not change easily. It took 50 years for Turkey's Republican People's Party (CHP) to admit legitimate popular demands such as the headscarf issue.

The question remains why Tunisians ousted ben Ali, an aging dictator, and now elected his friend el-Sebsi at 87. As it happened in other Arab countries, the revolution was followed by chaos and the persistence of old problems such as poverty and unemployment. While the Ennahda Party ruled for most of the transitional period, it came short in delivering the needed improvements. Under huge pressures from inside and outside it had to leave power, giving in to a technocratic government last year. This resembles Turkey's Feb. 28 process where the united opposition forced the prime minister, Necmettin Erbakan, to leave power. Democratically speaking, governments are supposed to change by elections rather than external pressure.

On the positive side, Tunisia showed that an Arab democracy is possible as it managed to pen a civilian constitution and have free elections, a rarity in the Arab world. We can hope that Nidaa Tounes, with the morale of an election victory, moves beyond its elitist and ultra-secularist approach and can come to an understanding with the opposition. Does leadership has a choice to make between popular consent or a power game? The Ennahda Party sacrificed power and its party interests for political stability by leaving its place to a technocratic government. It also admitted the election loss, proving that Islamist parties are sincere about the peaceful transition of power. The same can be expected of Nidaa Tounes to improve democracy first.

The exclusive discourse of Nidaa Tounis may hint to their old negative attitude toward democracy and pluralism. After the backlash and public disillusionment in the recent elections, the Ennahda Party declared that they will not field a candidate for the presidency in the November election. The secularist bloc will not be in the steering wheel and might try to push the Islamists aside. As a counter-strategy, democratic forces must focus on coalition building. The Ennahda Party's initial alliance did not fare well in the last elections, but they can still try to build a broader coalition with other democratic forces against the status quo. As we know from the Turkish experience, democratic consolidation is a long and painful process. As the sole Arab democratic experience, Tunisia will struggle through several failed attempts until it finds its true model. This is mostly up to the players in the field.