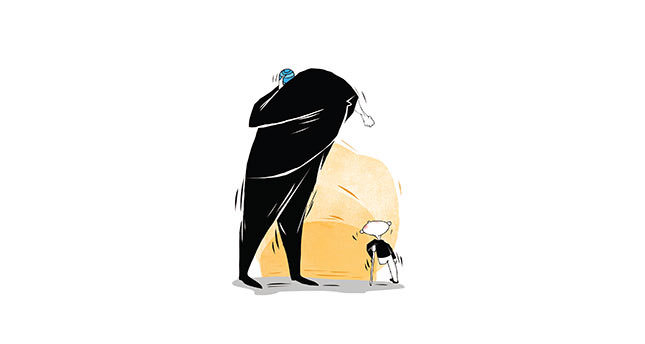 The recent series of crises in the Middle East have marked the shortcomings of U.S. foreign policy and raised serious questions over its leadership within the international community. It seems that the U.S.’s hegemony is likely to be challenged in many ways in the near future

Speaking to military members at MacDill Air Force Base in Tampa, Florida on Sept. 17, U.S. President Barack Obama reaffirmed his combat strategy with the Islamic State of Iraq and al-Sham (ISIS), a current and major problem in the Middle East. After emphasizing the importance of the continuity of American leadership for the whole world as an indispensable condition for almost every American president's speech, Obama said that "it is America, that has the capacity and the will to mobilize the world against terrorists," and did not forget to declare that this is, and will also be, an "American century" just like the last century. What a Republican president would add to this kind of a speech would be a bit of a messianic message at the very most.

He also emphasized in the speech that it won't require another direct combat mission in the way of a ground war. This means an easy war without putting hands in your pocket like the 1990 to 1991 Gulf War in which coalition forces, including 39 countries led by the U.S. under President George H.W. Bush, launched a military operation and more than half of the estimated cost, $36 billion of the $61 billion, was covered by Kuwait, Saudi Arabia and other Gulf states. On the other hand, it was reported that the total direct and indirect costs of the decade-long Afghanistan and Iraq War, labeled as the war on terror by President George W. Bush, may exceed $6 trillion. Obama's announced strategy obviously means that such a failure - one of the reasons for the Obama's electoral victories - will never be repeated. In his remarks on foreign affairs Obama usually refers to any military action as a possible "slippery slope" heading toward another Iraq. What is clear in his mind and remarks is that he considers the military adventures of presidents since World War II, from involvement in Korea in 1950 to Vietnam and then Iraq, as America's biggest mistakes. Thus, the U.S. would seemingly take no responsibility for the Islamic State of Iraq and al-Sham (ISIS), a newly emerged crisis that is the outcome of the short-sighted dimensions of U.S. foreign policy in the Middle East. Taking a glance at how the historical background of the Iraq invasion caused such chaos in the region will provide us some important clues to understand today's Middle East and its future. Accordingly, this article aims to discuss the current position of American hegemony within the political-economic and military context.

A brief history of American hegemony

The long period of expansion following World War II in the U.S. - sometimes described as a "Golden Age" roughly from 1946 to 1973 - witnessed the crisis of the Keynesian paradigm based on social welfare programs, macroeconomic stability through active involvement of the state and a class compromise between labor and capital. The 1970s were the years to identify the nature and the reasons of the crisis from government officials to political economists. In addition to the political-economic aspect of American hegemony, it is also required to include the military relations shaping the dynamics of the Cold War and the U.S. defeat in Vietnam. American hegemony during this period was tested globally - what the chain of events of the Iranian Revolution, oil crisis and Soviet invasion of Afghanistan also reveals is that this was not only a crisis of profitability due to stagflation and oil shocks, but rather a hegemonic crisis. Unlike the previous model with Keynesian demand management policies and Fordism, the end of the 1970s saw a new call for "more market" and "less state" indicating a historical break toward a new economic regime shaped by neoliberal hallmarks such as self-regulated and efficient markets, mobility of capital, cheap credit, competitive markets, de-regulation, internationalization of financial and industrial capital, knowledge-based economy, information technologies and innovative financial instruments. This was a neoliberal counter-revolution under the leadership of President Ronald Reagan in the U.S. and Prime Minister Margaret Thatcher in the U.K., both aiming to improve the ratios of profitability and to restore American hegemonic power from the declined during and after Vietnam. In accordance with this purpose, Paul Volker, known as a "hard money" man, was appointed to put a tightening program in use under the framework of monetarism. Thus, the dollar as a hegemon currency came back to the motherland through higher interest rates and lower taxes.

When reviewing the economic expansion in the U.S. in the 1990s and 2000s, it becomes apparent that economic expansions within the neoliberal phase seem to depend on the emergence of bubbles - housing, assets or stock market - as well as expansion of household debt over falling interest rates. The years from 2000 until the collapse of financial markets in 2008 accompanied by Alan Greenspan, head of the Federal Reserve from 1987 to 2006, were shaped by the term "financialization" - the increasing role of finance within the whole economy. All these political-economic policies implemented by a neoliberal agenda implied the honoring of capital owners pained by the declining profits during post-war settlement. It was now high time to get back the military's reputation that was discredited in Vietnam. For this to happen, neo-conservative political discourse was supposed to continue the restoration from where neoliberals left off.

The "Vietnam Syndrome" and beyond

Everything began in Vietnam. American hegemony lost its "police mission" worldwide in Vietnam and this took up considerable space in the historical subconscious of the American people. The Sept. 11 terrorist attacks were the very moment that neocons sought to restore lasting American hegemony. The Bush administration's containment policy toward China began more deeply in Afghanistan and continued with Iraq. It would be none other than an easy victory over Iraq. Iraqi territory, however, became a "swamp" for American soldiers once again.

From Fernand Braudel to Giovanni Arrighi, A.D. Harvey and Hannah Arendt, many theorists have remarked on the mutual dependence between capital accumulation and political power. Considered in terms of hegemonic power and endless capitalist accumulation, since Vietnam it has intended to reverse the perception of declining American hegemony and to build a "New American Century" in a world without any Soviet threat. The neo-conservative Bush administration had a deep desire to get control through war over the energy resources in the Middle East for which China, a rising power in East Asia, has developed a great interest as well. Chinese interest in the whole region and regional strategy developed through bilateral economic relations with Middle Eastern countries, including Iran, was enough to disturb and push the U.S. toward the invasion of Iraq. Middle East oil is a vital priority for the two blocs - the U.S. and China.

Following the "Vietnam Syndrome," the U.S. was also not able to succeed in Iraq by using a military force contrary to what is expected. The American people and the whole world once again witnessed a much worse end in Iraq. Bush's Iraq adventure was another significant phase in the declining of American hegemony just as the Vietnam War seriously damaged its power. As is easily seen today, there is no doubt that the regional victor of the Iraq War has been Iran and Shiite interests with elements in the Iraqi government. It would not be wrong to say that China, an economic and geo-political power in the Pacific, is likely to become a global winner as a result of the "New American Century" project. Since the Bush administration, China, as a more profound and powerful syndrome, has remained at the top of the official agenda.

One thing is certain - it would not be clear to understand today's chaotic Middle East without emphasizing the rise and decline of the "New American Century" project and China putting itself on the scene as a rising political-economic power. Preferring to remain neutral on the region's issues, China is supposedly going to change the policy toward the Middle East due to its growing needs for raw materials, energy and a growing export market. This can easily be seen in the explanations from Beijing concerning Israel and, more recently, at the U.N. Security Council where it proposed a five-point plan to settle the Israel-Palestine conflict. It is a fact that the U.S. is still the most significant military power and also shapes the global economy - the alarming reality of the decline of American power since Vietnam and Iraq is still there for the reasons mentioned above and ISIS as a result of its regional policies.

ISIS as a historical outcome

ISIS, with its discourse and methods, is not al-Qaida, but rather a "new" issue inherited by the old world order. This "new" problem in the region could not be regarded separately from either the sectarian policies of former Prime Minister Nouri al-Maliki of Iraq, Iran's appetite for being a regional power or Sept. 11 and thereby the U.S. strategy in the Middle East. Thus, it is most likely that from the perspective of the past century each political-economic-military approach toward the region cannot develop any alternative policy and discourse. The regional policy of the U.S. has been a real flop as there is neither stability nor peace in Iraq. The fate of the whole region has been entrusted to "puppet" governments and it brought nothing except instability and bloody memories. The Arab Spring has supported this argument. No matter if a "new Middle East" emerged in Tahrir Square and other democratic uprisings. It was "aborted" by a military coup in 2013 and we are still in the midst of the old and new Middle East in the making. Today, the U.S. wishes to remove the remains of the past century in the Middle East through/with Turkey. Since the very beginning, the regional conditions that bred ISIS have demonstrated the legitimacy of the Turkish arguments for the region. It is hopeful to see a new discourse for tomorrow developing from Turkey through a civilizational perspective and its comprehensiveness.

The Middle East has been living through these troubled times - how much is the civilizational perspective essential?