Growing through challenges and facing ever-deferred issues: The Turkey example 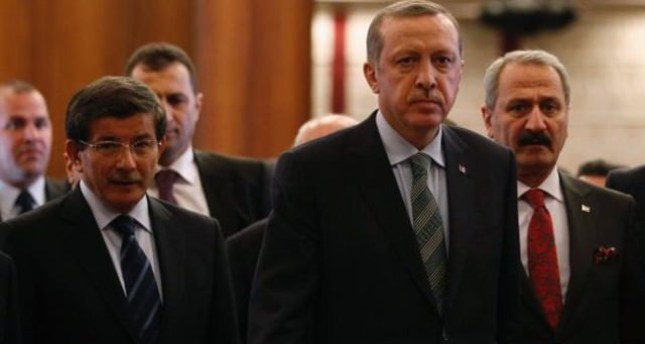 The last five years have been challenging for Turkey with both internal and external issues such as the Syrian civil war and Gezi Park riots. But Ankara rose above these challenges, strengthening public support for the AK Party and bolstering the country’s political stability

The course of controversial events that have been troubling Turkey both within and beyond her borders has been head-spinning recently. Each of these events has had the potential of sidetracking Turkey massively, but so far Turkey has managed to tackle them without any substantial damage. This - of course - has led Turkey to gain experience in managing crises and strengthened its ability to be more strategic and analytical for addressing any future turbulence. There are a number of factors that have underpinned this success, but the most critical factor is the political stability in the country for over a decade now.

To everyone's surprise, the series of successive turbulences has not only led to a rise in public support for the government in Ankara, but it appears it has led this support to turn into a "national cause" that is full of commitment and perseverance. So, the crises that are considered to be constructed and ill-intentioned by an unignorable majority in Turkey did not diminish public support for the current ruling party but rather had a complete counter-effect, giving the government in Ankara the green light to maintain its policies concerning national and international matters.

Of course, this is not to say that Turkey has resolved all of its issues! On the contrary, Turkey has just embarked on a journey of not only facing a number of issues that have been deferred for decades by the old regime that constantly otherized anything that did not tally with its oppressive and alienating mindset, but also the issues that have been the output of this regime that at times did not refrain from resorting to all sort of intrigues to turn different elements - some constructed - of society against one another to justify that an alternative vision is not viable.

The deferred issues are countless but could be categorized into two main groups: denial policies and lack of investment in welfare, education, health and social care systems, infrastructure, transportation and so forth. By winning the parliamentary elections in 2002, the current ruling party inherited this legacy but did not shy away from facing and addressing these issues in a confident and persistent manner. Following the restoration of a collapsed economy, improvements were seen in all areas, and what had not been achieved during 80 years of the Republic was being achieved in less than 10 years in transportation, health, education, transportation, technology, human rights and so on. In addition to this, some deeply oppressive practices such as the state of emergency rule in the predominantly Kurdish areas and the headscarf ban were lifted. Furthermore, there were a number of trials that have taken place to tackle unsolved murders, illegal activities by some army personnel against the democratically elected government. While all these developments were following their course, the government announced a reconciliation process to end the armed conflict in the southeast of Turkey. This process has so far entailed a number of improvements in Kurdish rights and is to entail more.

As all these developments were in motion, the crisis in Syria emerged, and people feared that the new Turkey dream may come to an end due to the likelihood of Turkey becoming involved in the crisis in Syria, but so far Turkey seems to be avoiding this despite a number of provocations and pressure from the international community. However, later with the Gezi Park demonstrations, alleged corruption probes by police and members of judiciary linked to the Gülen Movement and the recent Kobani protests, there appears to be a strong belief in society that these attempts were constructed to cause unrest in Turkey to get rid of the government, and the failure of these attempts seems to be attributed to Erdoğan's strong leadership. Since these turbulences, there appears to be more determination on the part of the government to further address deferred issues and improve Turkey's position in the international arena.

Recent polls suggest that votes for the currently leading party continue to be on the rise, while there are a number of circles that seem to be losing credit every passing day. One of these circles is the deeply rooted old Turkey mindset that has so far failed to renew and broaden its vision. This mindset, which backed up the vision or the administrations that deferred all crucial issues, seems to now be occupied with the fate of parks and trees across Turkey. Unfortunately, this mindset did not take to the streets or call previous prime ministers dictators when there were unsolved murders, states of emergency in the southeast, denial of ethnic and religious groups, huge-scale corruption in banks, and so on. Despite all these inconsistencies, this mindset never stopped to claim or believe to be the bright face of Turkey that has allegedly distanced itself from all sort of backwardness. Another circle that continues to fail is the international community and media that seem to sing from the same song sheet as the old Turkey mindset. These two circles have demonstrated to have a common feature and that is the fact that they have a strong averseness to the rule of a party that not only owns and promotes Islamic values but also owns Turkey's legacy beyond 1923. A third circle that appears to have started to lose credit is the main Kurdish party that has been blackmailing Ankara with the termination of the reconciliation process due to Turkey's reluctance to actively take part in a crisis that is beyond its border. Recent polls suggests that this blackmail and related recent events have led to a decline of support for the main Kurdish party, and thus, party officials seem to be trying to correct the misguided language that fuelled the recent violent, fatal protests in Turkey.

Although these circles continue to lose credit, they certainly seem to have the power to muddle the water, which makes it hard for the new Turkey to resolve deferred issues at a fast pace. Unfortunately, it seems like that this will continue to be the case until the remnants and the mentality of the old Turkey are shelved. It should be noted that it is not the people but the mentality they have been geared up with that leads them to constantly voice the criticism that Turkey's zero problem foreign policy has turned into zero neighbors. Had it not been for this mentality, the bright faces of Turkey would not have insisted on Turkey maintaining zero problems with neighbors or regimes that do not hesitate to murder their civilian populations. Again it appears that it is this mentality that leads individuals' vision to be constrained to the fate of a few trees and parks or wine bottles when there are so many humanitarian tragedies occurring beyond Turkey's borders. This mentality, which claims to have turned its back on all backwardness, is perceived by many to be ironically rooted in the ideologies of the 1920s and is chanting for the "old Turkey" against the announcement of the "new Turkey" concept. It is ironic and sad how the "old Turkey," which entailed a number of coups, unsolved murders, various bans, states of emergency, oppressive practices in schools such as the student oath (andımız) and so forth is so badly missed by the bright faces of Turkey. One can only miss the Old Turkey if none of the above mentioned horrific realities have troubled them! Had they been or at least had they been forced to shout "I am a Kurd" every morning (the student oath commencing with the phrase "I am a Turk," which was lifted only in 2013, had to be loudly sung by children in primary and secondary schools every morning regardless of their race or ethnicity), then the old Turkey would have been their least favorite destination!

To conclude, all the turbulences that Turkey has experienced in the last several years are in a way an effort to re-sovereign this old mentality that has been the worst enemy of Turkey. In other words, the old Turkey has been and remains the worst enemy of Turkey. As the new Turkey continues to tackle the issues produced and deferred by the old Turkey, it is apparent that there will continue to be barriers that the country will need to overcome. However, Turkey will only be able to sustain growth if it continues to maintain its confident policy to tackle deferred issues, particularly issues concerning different ethnic and faith groups that have turned against the country due to the old discriminatory and oppressive practices of the old Turkey.