Tracing the past within present: Ottoman-Eastern question and the legacy of World War I 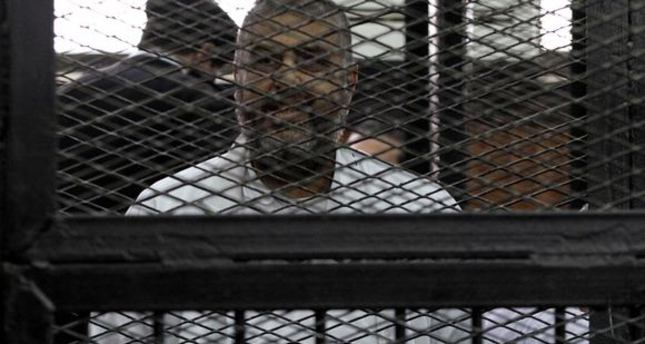 The West has dramatically evolved since the Middle Ages into what it is today by promoting democracy, pluralism and regional integration. Unfortunately, for the Middle East this evolution has been prevented by the West-backed coups and political interventions

We cannot comprehend the terrible conflicts, destruction, despotism and killings in Syria, Palestine, Iraq, Egypt and Afghanistan and international double standards surrounding earlier rounds of genocidal ethnic cleansing in Bosnia and Chechnya without considering the role of the Ottoman Eastern Question and the denouement of the Sykes-Picot Agreement and the Treaty of Sévres at the end of World War I. Some neoconservative Western media outlets found President Recep Tayyip Erdoğan's earlier reference to Western imperialism in the Middle East as laying the basis for contemporary crises, bloodshed and controversy. However, such a self-serving ideological blindness is not shared by most academic experts of modern Middle Eastern history. Indeed, it would be hard to argue that the Sykes-Picot Agreement, which carved up the Ottoman Empire and created minority ethno-sectarian states in Palestine, Syria, Iraq and the Persian Gulf, has little to do with ethno-sectarian conflict in the region today. Nor could we explain the failure of political and economic development in the region without noting how the dominant political actors in the international system viewed democratic governance and control of the regions' natural resources as anathema with their support of anti-democratic coups in Iran in 1953, Turkey in 1961, Algeria in 1991, Gaza in 2007 and Egypt in 2013. If the truth and highlighting of the historical record in this sense makes some uncomfortable, so be it.

It is commonplace to refer to the Middle East and wider Islamic world as being the location of endemic conflict, intolerance and despotism in contrast to the West. Yet this contention conveniently overlooks the fact that for centuries the wider region from North Africa, western Asia, and southeastern Europe enjoyed peace and prosperity under the Ottoman Empire and there was mutual cooperation by and coexistence of various ethno-sectarian nations. Indeed, it is only in former Ottoman cities such as Sarajevo, Jerusalem and Damascus where one finds monumental mosques, synagogues and Catholic and Orthodox churches all within a stone's throw of one another surviving into the 20th century.

This was in contrast to the rest of Europe where religious minorities, especially Jews and Muslims, were systematically slaughtered or expelled from the Crusades to the Spanish Inquisition. Tragically, this pattern continued into the 19th century and the rise of the Ottoman Muslim "Eastern question" in Ottoman territories in the Balkans, Crimea and the Caucasus where many called for "the Turk to be expelled bag and baggage from Europe" in the first modern campaigns of genocide and ethnic cleansing in Europe and the Middle East. Thus, while the EU today is one of the high points of human political achievement, it is easy to overlook the fact that Europe and the West in the recent past were the source of numerous campaigns of genocide and ethnic cleansings, two world wars and brutal and racist imperialist conquests on six continents. Furthermore, it was a supreme irony, but no coincidence, that one of Europe's last surviving populations of indigenous Muslims in Bosnia-Herzegovina and Kosovo became the victims of the continent's first post-Holocaust genocide with many Western countries covering up the concentration camps or even actively colluding with the Serbian forces carrying out genocide - dark events that deeply shook the Turkish state and society since the victims of the recent genocide were often labeled "Turks" prior to their mass slaughter from Prijedor to Srebrenica.

The EU, in part, was of course able to escape this dark legacy by promoting democratization, middle classes and regional integration. Today it is the Middle East, or western Asia that is beset by terrible ethno-sectarian conflict, despotism and foreign interventions. War, despotism, terrorism and the appalling atrocities of groups like the Islamic State of Iraq and al-Sham (ISIS) threaten not only the region, but many outside it as well. The only solution to such ills, as in the case of Europe, is to promote democracy, middle classes, pluralism and regional integration. However, such a solution will never be possible if those in the international community persist in maintaining racial and religious double-standards when it comes to the lives and welfare of the people in the region. We cannot claim to support human rights and democracy while, unlike the African Union, refusing to call the overthrow of Egypt's first democratically elected government and the subsequent massacre of thousands of pro-democracy demonstrators a bloody coup. We cannot defeat ISIS's hate filled ideology and mass killings while ignoring or even condoning the even larger repeated mass killings of civilians next door in Syria. The emerging multi-polar international system of the 21st century stands at a critical juncture. We can repeat the disasters and shortsighted realpolitik and double-standards of the 19th and 20th centuries, or we can resist the temptation for the short sighted exploitation of the "other" and finally adopt universal standards of human rights, justice, and democratization that are worthy not only for the West, but also for the rest of humanity as well.