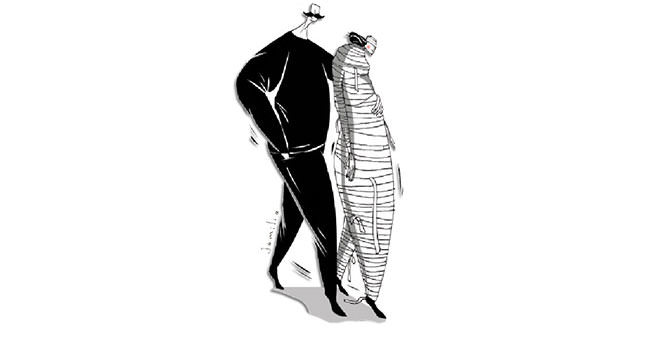 While life is difficult for all refugees escaping the ongoing violence in Syria, it is particularly harsh for the women and children. Women have to face new traumas after becoming refugees while they still carry the psychological marks of the trauma that they lived through in their country and during their escape

More than 200,000 people have been killed during the almost four-year civil war in Syria while approximately half of the country's population has been forcibly displaced. Since the victims of armed conflicts in the contemporary world are more likely to be civilians than soldiers, the Syrian conflict affects women and children most – gender-based violence has been used as a weapon of war.

Today, the Syria case is considered one of the greatest refugee crises in the world. According to Amnesty International, the current number of Syrian refugees is 3.2 million – 97 percent of this burden is shared by five neighboring countries: Turkey, Lebanon, Jordan, Iraq and Egypt. Considering the numbers are believed to be much higher, all these countries are now exhausted by these large influxes of refugees and are beginning to implement some restrictions on their border crossing policies.

Those who could not manage to cross the borders take shelter in relatively safe places inside the country, mostly in the camps near border areas. As a nongovernmental organization worker who paid several visits to internally displaced people (IDP) camps on the Syrian side of the Turkish border, I can clearly say that their situation is the worst. They are neither formally protected by the international community nor recognized as IDPs by the Syrian regime. With the lack of a safe zone for civilians in the country, they are also under the threat of attack both by the regime and opposition groups. Some camps have been subjected to several attacks in the past as can be remembered.

As for those who live in refugee camps in neighboring countries, living conditions differ according to the wealth and approach of the host communities. We are proud that Turkey is constantly shown as the best among these countries, being home to 1.6 million refugees with 22 well-resourced camps that are currently operating at full capacity, providing free health care and showing a humanitarian-based approach toward refugees. Yet, more than three years on from now we have to question the concept of refugee camps in order to improve them to be sustainable for longer living considering the Syrian civil war is expected to continue.

Syrians, who appear to us as a solid community, are actually composed of different groups of people with different backgrounds, attitudes and social classes as every community in the world is. They once lived in their own country surrounded by their families, relatives and neighbors who made them feel secure, but now they live in camps with strangers and are obliged to use common living spaces including bathrooms and kitchens. Here, women are also in question. Some refugees prefer to live outside the camps despite the economic challenges even though the physical conditions in camps are good because they want to provide a decent life for their young daughters in a neighborhood where there is a settled social pattern to integrate and feel more secure.

While life is difficult for all refugees escaping the ongoing violence in Syria, it is particularly harsh for the women and children who make up a disproportionate number of the overall refugee population. Women who fled conflict zones to save their lives and those of their loved ones have to face new traumas after becoming refugees while they still carry the sociological and psychological marks of the trauma that they lived through in their country and during their escape. This is where their struggle has doubled.

Early and forced marriages are happening in all of Syria's neighboring countries where refugees are seeking safety. It is, however, part of their traditions, now perceived as a necessity by parents for their daughters' security and well-being. Due to the fear of abuse, sexual harassment and kidnapping during the conflict, Syrian parents mostly chose to marry off their daughters to relatives. This practice continues after taking refuge in other countries. We should beware that under the circumstances of civil war, migration and the lack of an organized social life, legal procedures lose their operability and durability, which are essential in normal conditions, and people have to carry on their lives rather than apply traditional and informal practices. For example, with the conflict still raging in Syria, it's nearly impossible to obtain any documentation. This means that even normal marriages remain informal.

Although Turkey is considerably better for Syrian refugees, gender-related problems also occur. In August of this year, Turkey was shaken with an incident in which a Syrian tenant reportedly killed his landlord in Gaziantep. The incident erupted local and national anger toward Syrians – their workplaces and cars were set on fire and local people held street demonstrations demanding that they leave. The outrage continued until a news report came out claiming it was the tenant's wife who stabbed the landlord while he tried to abuse her, threatening her with kicking them out if she did not comply. This example shows that women are at the heart of social consciousness, which means gender-related issues can cause greater social problems and trigger hatred and prejudice between communities.

Even though these kinds of incidents are very rare and exceptional, they easily become notorious. Even rumors can cause rage, first on the local level, then eventually nationally with the help of the media. Because of this, Syrian women also suffer from unfair generalizations. A single incident can defame all refugee women through generalizations and they begin to be seen as opponents by the local women in host communities. Negative narratives regarding Syrian women harm all refugees, including men and children, and reinforce the circulation of hate speech against Syrians in particular, but in time, all foreigners in general.

It is also of vital importance that there be a significant change in the image of Syrian women. In their publications, international human rights organizations and news agencies exaggeratedly focus on underage marriages, second wives and the trafficking of women within the context of sexual abuse against female Syrian refugees.

Syrian women, who used to be characterized by their social identity as activists, mothers, wives or students and who were victimized in the conflict, have lately began to appear in headlines mostly within the context of gender-related stories. They were featured as vulnerable young girls who are sold to older Arab sheikhs, second wife options for married men or even prostitutes. Exaggerating exceptional or limited cases in contrast with such a large refugee population, these publications serve to create stereotypes, even regenerate the infamous orientalist narrative portraying Middle Eastern people as primitive.

International communities that have failed to protect civilians during the ongoing conflict in Syria now blame Syrians for trying to secure themselves through their own individual efforts, be it right or wrong. I think we have to address the circumstances that create the chaos instead of the victims.

Let us conclude with some recommendations.

The suffering of Syrian women will continue as the conflict in Syria drags on. The international community, with all of its relevant institutions and world governments, should take more responsibility to find a solution in favor of Syrians.

Women become more vulnerable to exploitation when they are socially, psychologically and economically unsecure. The international community should substantially increase its funding of housing, food, health care and basic needs for refugees to minimize their vulnerability. Also, those who are stuck inside Syria under extremely hazardous conditions should not be left alone to their fate. Humanitarian corridors can be created for them to at least reach aid supplies of basic needs.

Access to education should be eased for refugee children, especially girls. We cannot blame parents for marrying off their young daughters instead of sending them to school when there is a lack of access to education in that particular country, or even no school to go to. Be it war-torn Syria where even schools have been bombed or the host country where access to social services is understandably limited and depends on official regulations.

Mechanisms should be deployed sufficiently in refugee camps and societies to hear the complaints of women in order to resolve the problems. Also, natural mechanisms should be improved by increasing consciousness to provide more efficient protection. By raising awareness among women in Turkey about Syrian women, we can create mutual understanding – a sisterhood between the two groups.

There also should be social and cultural orientation courses for Syrian women and families in order to understand the nature of host societies. Thus, we can prevent misunderstandings and reduce complaints based on cultural differences.

Due to their limited resources and unsecure legal situation, crimes committed by refugees or against refugees can remain in impunity. To challenge impunity, refugees must have access to legal processes and assistance.

Recognizing women's multiple and significant roles in the conflict and their experiences both as actors and victims is critical to developing appropriate responses to women's needs inside Syria and in refugee communities. Providing greater support of medical, psycho-social, educational and economic needs for refugee women would ease their hardships in the socialization process in host countries and also ensure their ongoing and meaningful participation in determining the future of Syrians.