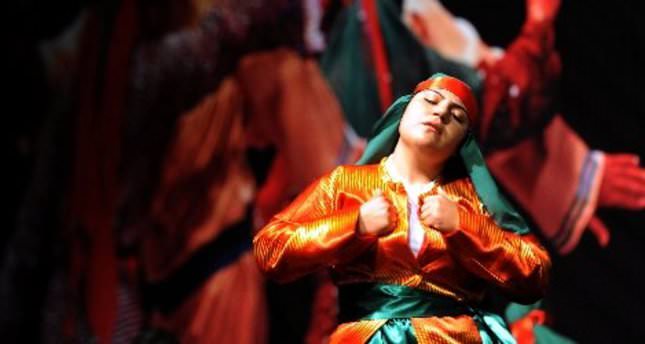 by Pınar Kandemir Dec 02, 2014 12:00 am
It was November 2011 and then Prime Minister Recep Tayyip Erdoğan, was on stage and giving an apology for "one of the most tragic events" of Turkey's recent history. It was the first apology from the state level for the Dersim Massacre of 1937 to 1938 in which 13,806 people were killed with airstrikes and ground operations by the state and some 11,600 people were exiled. Considering the traumatic effects of the Dersim Massacre on Alevis in Turkey, it might be said that this radical shift in state rhetoric was a turning point from a shameful past to a hopeful future.

Although this apology had been seen as the most radical step taken by the Turkish Republic on the Alevi issue, the Justice and Development Party (AK Party) government's intention to formulate a new relationship between Alevi citizens and the state clearly manifested itself by the declaration of the Alevi Opening initiative, which was launched in the summer of 2007. However, in spite of several workshops to respond to Alevi grievances organized by the government, the Alevi question is still on the stage and waiting to be solved.

For the last couple of weeks it has been highly discussed in Turkish media and the determination of the AK Party to respond to Alevi grievances seems to be continuing with the government under Prime Minister Ahmet Davutoğlu with very high motivation. A new set of reforms is on the way and Davutoğlu's visit last week to Tunceli was a kind of symbolic opening ceremony of the new phase of the Alevi Opening.

Before analyzing what this new phase in the Alevi Opening means for both parties, it has to be noted that in spite of all initiatives and radical steps in terms of breaking official taboos, it seems like there is still skepticism toward each other in both parties. The reason behind this credibility problem is surely the atrocities and unjust practices that Alevis have been subjected to throughout the Republican Era. However, apart from cultural barriers set by theological debates such as whether Alevism is within or outside Islam or is a religion or philosophy, there is also a political Sunni prejudice against Alevis rooted in their support of Kemalist oppression by the state of pious Muslims. Since Alevis were portrayed as the pillar of secularism in Turkey and model Kemalist citizens, there had been no chance to discuss and remember for both sides so far that they were also one of the groups persecuted by the Kemalist regime once.

Davutoğlu's promise to formulate a new relationship between Alevis and the state is a new hope and sign for the new Turkey. In this regard, by visiting a cemevi – an Alevi house of worship – in Tunceli, formerly known as Dersim, a city with a large Alevi population, Davutoğlu got rid of another psychological barrier. During his visit, by using a common religious and cultural term, "helalleşmek," to write off each other's debts, Davutoğlu offered Alevis and the state and Sunnis to forgive "past wrongs." He made a brave emergency call to talk about all of the past and current miseries. He repeated Erdoğan's Dersim Massacre apology on behalf of the state, but this time in front of Alevis, looking into their eyes.

He also went one step further by promising to end discrimination against Alevi citizens and to set an equal citizenship under the rule of law. Davutoğlu announced that it is the state that should mandatorily transform public discourse against Alevis for the rehabilitation of relations. Additionally, he first announced that the military barracks in Tunceli will be converted into a museum to serve as a memorial for the 1937 Dersim Massacre. Second, as a response to a demand from Tunceli University, it will be renamed Munzur University. Third, the state will build roads to all cultural and religious venues in Tunceli and Alevi places of worship will also be restored by the state. And finally, although the Alevi demand was a total removal of compulsory religious courses, the government promised offensive statements against Alevis in religious textbooks will be completely removed.

Indeed, rather than making lazy assumptions and giving statist reactions that give no room for negotiation, it would be helpful to listen what Davutoğlu is promising this time and how Alevi citizens are reacting. The Alevi Opening is a historical opportunity for both Alevi citizens and the state to solve a deadlocked issue. Reconciliation of this issue would make Turkey and the AK Party government come another step closer to the "new Turkey ideal."

Although a verbal apology and an official visit to a cemevi could be seen as a symbolic gesture, these are radical steps when we consider the traditional state policy so far. We should not forget that it is not only legal or institutional barriers that blocked negotiations so far, but surprisingly, the deadlock was more about emotional obstacles that now both sides have to get rid of for the sake of social peace.