A tale of becoming an energy hub in Eurasia: Russian-Turkish cooperation on the South Stream 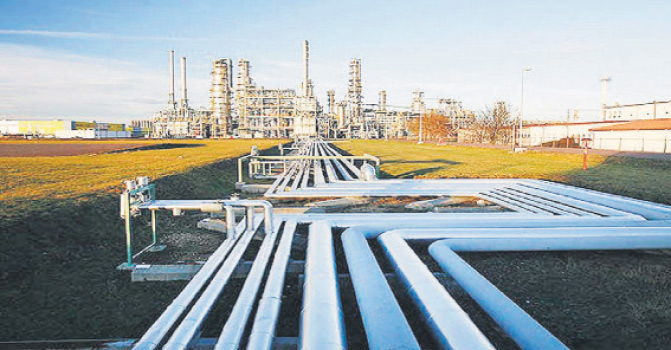 It is not so hard to see how the economic sanctions imposed by the EU drives Russia to seek new commercial partners. The latest rapprochement between Turkey and Russia has already led to several bilateral agreements that are expected to create a win-win situation

Turkey is rapidly becoming a crossroads in 21st century energy transportation. As a net energy importing country, Turkey's fundamental goal in energy relations is to become an energy hub of Eurasia. Its leadership hopes to increase energy security by implementing current and forthcoming pipeline projects in and around the country. Its growing energy needs require a high risk and high gain strategy that also necessities an assertive foreign policy in its formidable region.

Turkey already undertook this risk when it signed the "contract of the century" with regard to the Baku-Tbilisi-Ceyhan pipeline, which was perceived as the first step toward its goal of becoming an energy hub in the center of the universe. The country still stands as a cornerstone in the Eurasian-Middle East and/or Afro-Eurasia energy corridor, which might help to materialize its strategic goals between East and West.

In this context, Turkey's booming economic and, most notably, increasing energy relations with Russia have recently come to the fore as a game-changing maneuver regarding the so-called "Great Game" in the Eurasian heartland. In spite of their essential divergences in regional-political issues and military conflicts like the Syrian regime, Russian annexation of Crimea and the Nagorno-Karabakh problem Turkey and Russia are deemed to be economic partners. Bilateral trade volume is around $32 billion with a goal of being increased to $100 billion as of 2020.

Russia is eager to deepen bilateral relations with Turkey at a time when U.S. and EU sanctions have started to detrimentally hit its economy. On Dec. 1, President Vladimir Putin of Russia paid an official visit to Turkey in order to attend the 5th High Level Russian-Turkish Intergovernmental Meeting in Ankara. The aim of the high level talks between the parties was dedicated to economic partnership and commercial relations. Putin and President Recep Tayyip Erdoğan, in their envoy meeting, to which Putin brought 10 cabinet ministers as his entourage, negotiated several issues in economy, energy, tourism, commerce and regional problems including Syria, Iraq, the Islamic State of Iraq and al-Sham (ISIS), Ukraine, Crimea's annexation and the prospective status of Tatars in the Russian Federation.

Needless to say, mutual energy cooperation, which is the backbone of a decade-old Russian-Turkish rapprochement, was again the most important topic during Putin's one-day trip to Ankara. Turkey was expecting a discount for Russian gas supplies that are delivered through the Blue Stream pipeline under the Black Sea. Russia's Gazprom CEO Alexi Miller confirmed such a discount and Putin announced that Russia will decrease the price of gas per cubic meter by 6 percent by the beginning of next year. Russian Energy Minister Alexander Novak also said his country might increase the discount in gas further on the basis of improving mutual energy relations in the medium term.

Turkey is getting almost half of its energy needs from Russia. Gas deliveries constitute a huge amount of this and Turkey is regarded as a country dependent on Russia for its energy. Gazprom also pledged to increase 3 billion cubic meters more in the amount of gas delivered through the Blue Stream Pipeline in the days to come. Meanwhile, Russia is constructing Turkey's first nuclear power plant in the Mediterranean coastal town of Akkuyu, about which Turkey's Ministry of Environment approved its environmental feasibility report just hours before Putin landed in Ankara.

However, the Russian president unexpectedly declared in Ankara that they suspended the construction of the South Stream Pipeline due to its financial burdens and, most notably, geopolitical obstacles sourced from the Bulgarian government's undulant attitudes toward the pipeline. As is well-known, Bulgaria had said in June that it was not able to fulfill its requirements with regard to the South Stream Project. No doubt, EU pressures together with the latest crisis in Ukraine have influenced Bulgaria's decision to withdraw from the project.

Gazprom mogul Miller confirmed Russia's cancellation of the construction of the South Stream Natural Gas Pipeline in a written statement during Putin's visit to Ankara. Putin chose Turkey as its new energy transit route in order to bypass Ukraine and Bulgaria and by signing a memorandum with the Turkish government and he denied that Moscow will build a natural gas wellhead near Turkey's border with Greece. Russia pledged to pump 63 billion cubic meters of gas annually, 13 billion cubic meters of which will be used for Turkey's own consumption.

The EU has long opposed the South Stream as the pipeline might have enhanced its energy dependency on Russia. After the crisis in Ukraine and the financial and economic sanctions imposed upon Moscow, both the EU and Russia have been seeking new alternatives to terminate deadlock on the southern energy corridor. After a fiasco end of the Nabucco Project, Europeans were in panic regarding Russia's soft power energy diplomacy that was used bitterly, particularly over Ukraine and Eastern Europe, in the recent years.

Even if Europeans have been trying to decrease their energy dependency on Russia, the EU, nevertheless, has not succeeded managing to get rid of Russian leverage in the energy market so far. Moreover, Brussels has to provide the required energy supply to Eastern and Southeastern Europe with the lack of secure Russian resources that were once brought via the Yamal Pipeline through Ukraine. Putin accused the EU of preventing the realization of the South Stream Project and said: "Russian gas will reach other world markets in the form of liquefied natural gas. The EU will not benefit from Russian gas any more.That is their choice."

As U.S. and EU sanctions gradually hit Russia, the Kremlin has recently shifted its energy exports from Europe to Eurasia where China comes first in terms of unsatisfied needs of energy resources for its rapidly growing economy. In this direction, Putin and Chinese President Xi Jinping signed two mega gas deals this year. Russia will deliver almost 70 billion cubic meters of gas into China through the Siberian Pipeline and the Altai Pipeline or Western route. When it materializes, China will become the biggest consumer of Russian gas supplies for years to come.

Putin and Prime Minister Dmitri Medvedev of Russia have already set a reliable energy partnership with Germany via the Northern Stream by bypassing Poland and the Baltic states. Considering the southern energy corridor, Russia has long been insisting on the South Stream Project through which Putin aimed to avoid Ukraine's geopolitical burdens in energy bargaining negotiations.

As for Turkey, Moscow also perceives its neighbor as a stable consumer in the European energy market in the wake of a prospective recession in the Russian economy. Turkey, however, seems the most lucrative party in the Russian energy bonanza. When signed in 2009, Turkey's energy management had preferably focused on the realization of the then Nabucco Project vis-à-vis the South Stream. But later on, the Turkish government chose the way to cooperate with Azerbaijan due to the lack in the EU's common energy policy concerning the southern energy corridor.

Under these circumstances, Turkey developed a new preemptive strategic move to break the political impasse created by those two competing projects. For the sake of its geopolitical means, Turkey's incumbent (Justice and Development Party (AK Party) government brought the Trans-Anatolian Pipeline Project (TANAP) onto the agenda, through which Azeri gas would be carried to European markets. Thus, Turkey has put its reserve on Azerbaijan's gas resources before Russia built the South Stream Pipeline in the Black Sea exclusive economic zone. That's to say, Turkey de facto materialized Nabucco's Turkish leg without waiting for the EU's slow moves toward a coherent and cohesive energy policy.

Therefore, Turkey might be said to have transformed Eurasian energy geopolitics from a "Nabucco versus South Stream" rivalry to a "Nabucco plus South Stream" acquisition for the sake of its own realpolitik. Of course, Putin and Gazprom are the main actors behind this strategy. In this vein, Putin still keeps initiatives in his hands and he seems to have challenged the West through diverting the South Stream into Turkish territory.

In return, Brussels is holding its "wait and see" position and accuses Putin of blackmailing the EU. President of the European Commission, Jean Claude Juncker, recently insisted that the $40 billion-valued South Stream Project can still be constructed through Bulgaria after he met with Bulgarian Prime Minister Boiko Borisov. The High Representative of the EU for Foreign Affairs and Security Policy Federica Mogherini told reporters that Russia's axing of the South Stream plan does not change the EU position on the pipeline and it will continue to enforce its rules over any project through European territory.

In the current phase, Russia has offered the South Stream Project to Turkey in lieu of Bulgaria and the Turkish government vowed to mull over the Russian gesture. If it is put into effect, Turkey and Russia might further be approximated as the foremost countries in economic partnership, which may lead Turkey, into the formation of a free trade area with Russia, as Putin once said to Russian media. It would also be an acquisition for Russia's blueprint project of a Eurasian Union despite the parties maintaining their ideological and institutional rifts on the aforementioned political and military issues.

In brief, the EU's attitudes toward both Russia and Turkey entail a new-born Turkish-Russian energy partnership due to the new economic sanctions on Russia and Europeans' reluctant perspective to Turkey's membership. While Moscow turned to China, Iran and India together with Turkey, Ankara continues to reach its energy goals that render the country willy-nilly as an energy center between continents. In this regard, Turkey has also signed gas and oil deals with regional suppliers like Irbil and Baku. With the help of possible Russian deliveries, Ankara is able to empower its diplomatic means against the EU, which is still brooding on Turkey's bid to join and plugging the negotiating chapters.

* Eşref Yalınkılıçlı is an Istanbul-based freelance Eurasia analyst and a former Master's student at the Center for Russian and Eurasian Studies at Uppsala University, Sweden. He is currently a news editor at TRT World.