Let’s not miss the point this time: The rule of legitimacy or legality? 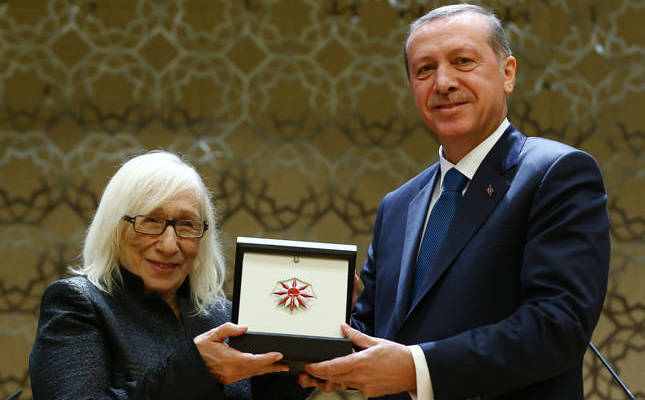 by Ergin Yaman Dec 11, 2014 12:00 am
While history has taught us that each era has its own taboos that have been difficult to overcome, such prohibitions are never immutable or untouchable. Today, the majority of former taboos have become ordinary matters that people can easily talk about, violate or at least have no regard for. In other words, there are many aspects of our choices and current way of life that were considered taboo at some point in the past.

Although at first, breaking various taboos tends to have repercussions, over time, these taboos lose their importance, become the norm, and like a vicious cycle - ironically - go on to create other prohibitions themselves. The Enlightenment began with challenging traditional authorities and institutions, and by highlighting the need for "reason" and "skepticism." This attitude has, so far, led to a number of improvements, even though there have been some movements that have strayed from the core aims of the Enlightenment, being too concerned to create their own authority by alleging that anything that is not based in "reason" has no validity. For example, for decades, a large section of academia in Turkey considered anything that did not have a scientific explanation or basis as intolerable. However, this trend, consciously or unconsciously, was creating its own taboos and dogmas by claiming to have the power to judge customs, faiths or choices as valid or invalid. In other words, the hegemony that was fought against by the thinkers of the Enlightenment was created in a different form by many academics in Turkey. This occurred to the extent that universities did not refrain from declaring statements in support of a coup mentality, or in opposition to any values that contradicted the values introduced and promoted by the Kemalist regime. While this mindset strongly opposes Islam or values introduced by Islam which, according to them, are "dogmatic" or "old fashioned," they attributed holiness to the principles introduced by Mustafa Kemal Atatürk, the founder of the modern Republic of Turkey, or to his personality. Of course, this contradiction is not limited to Turkey, but is something that is prevalent around the world.

What has been missed is that the Enlightenment did not oppose moral values or religion as a whole, but rather stood against corrupt values and circles that were exploiting people by distorting customs or religion. Perhaps here we should turn to Francisco J. Ayala, a molecular biologist and evolutionary geneticist who won the Templeton Prize: "Some scientists assert that valid knowledge can only come from science. They hold that religious beliefs are the remains of pre-scientific explanations of the world and amount to nothing more than superstition. On the other side, some people of faith believe that science conveys a materialistic view of the world and denies the existence of any reality outside the material world. Science, they think, is incompatible with religious faith. I contend that both - scientists denying religion and believers rejecting science - are wrong. He goes on to explain how different the scopes of both are, and shows how each has no authority over the realm of the other as they concern different matters. This is a small extract from his article published in The Guardian in May 2010, and the whole text is a must-read for those who are interested in the subject.

Although few in number, there have always been people who have shown the courage to stand against what is generally accepted and allowed. History is full of examples of those who have challenged the status quo and stood up to de facto values or powerful entities, leaving their marks on history. Alev Alatlı, a best-selling novelist and intellectual, referenced this at the recent Presidential Award Ceremony, and expressed her appreciation for President Recep Tayyip Erdoğan's steadfast objection to the current unbalanced structure of world-governing organizations such as the U.N. Her remarks were discussed widely both in society and the press. But she also highlighted something even more important, expressing the need for "legitimacy to rule over legality," which, unfortunately, did not make the same impact.

While speaking about this issue, she used the word "halal" for legitimacy. Unfortunately, we are living in an age when many illegitimate acts are committed through laws or "lawful" entities. To exacerbate the situation further, laws or lawful entities that fall into the description that Alatlı is referring to, have become the norm, or are setting the norms, if not legitimacy or makers of legitimacy for many. She drew attention to the number of court cases that are being won not by the victims, but the perpetrators, due to the fact that they have stronger arguments or better lawyers behind them. In Alatlı's words, this may be legal but it is not "legitimate," or "halal."

With regret, it was not Alatlı's remarks, but the fact that she took part in a ceremony hosted by Erdoğan, that caused more reaction among sympathizers of the above-mentioned movement, members of which seem to still be struggling to process and tolerate the dichotomy explained by Ayala. It appears that the animosity of this stream toward Islam is at such a level that not only those who identify themselves as practicing Muslims, but those who are pictured with Erdoğan or any Islamic figure, become a target. This, of course, is a problematic and intolerant stance.

Looking at the current and past world orders and state of affairs through Alatlı's lense, one can easily see that the cause of global issues such as
famine, poverty, chaos, state violence, corrupt economic structures and so on, is driven by an order in which legality rules over legitimacy. The extent of the problem is more apparent in different countries that have certain laws that are not legitimate, where the implementation of some laws have illegitimate outcomes, or the laws are implemented by lawmen for whom legality and power comes before legitimacy. The trials of deposed Egyptian president, Mohammed Morsi, and his supporters by the Egyptian courts are a good example of this.

However, going back to Alatlı's speech, prevailing justice will only become possible when legitimacy rules over legality, and this starts with every individual questioning the legitimacy of their actions and gains. Once this is established and broadened to social and governmental spheres, then a civilization that consists of citizens who put legitimacy before legality will be unshakable, because truth and legitimacy will underpin all the values and choices of the individuals in society individuals. The alternative is that we will continue to live a lie, maintain fake achievements, affairs and so on, while remaining deaf and blind to the ordeals that displaced and disadvantaged people are suffering, and the global issues from which humanity as a whole is suffering.