The clash of powers or the dawn of a new era? 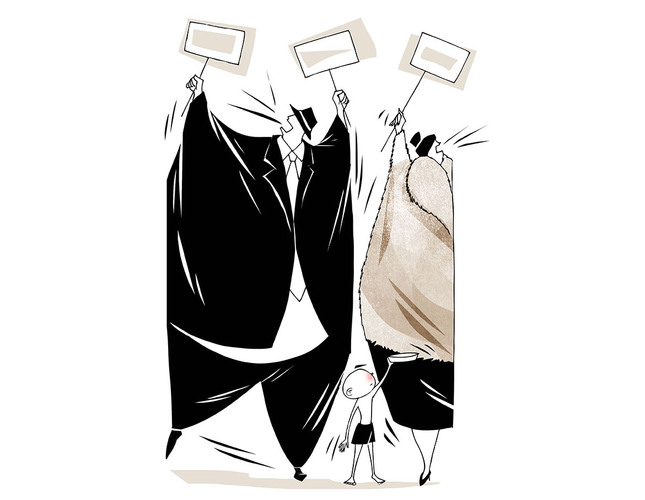 As the world becomes more interconnected, challenges to global prosperity and security have increased. All these challenges can only be handled if established powers and rising powers collaborate

Power in international relations is explained in various ways. For instance, Machiavelli uses the term "power" as an ultimate goal for mankind and the state. In his book, "The Prince," he examines the means and methods of gaining and keeping power. For ages, humans have built their relationships with others on power politics. In this regard, the international system has recently introduced a new type of dialogue by experts who want to draw a certain line between powers. The aim is to categorize powers in order to make each of them remember what their role is in the system. By doing so, the status quo is preserved and the leadership of the U.S. continues, at least in the mind of the people.

Through this new type of dialogue, several acronyms have been produced, such as BRICS, MINT, MIST, PINE and MIKT. BRICS and MINT are more popular terms in the world of finance. The first stands for Brazil, Russia, India, China and South Africa and was coined by Jim O'Neill, an economist with Goldman Sachs, in 2001. These five countries are emerging and/or rising markets and powers, and the acronym points to a shift in global economic power toward the developing world. After a while, O'Neill came up with a new acronym, called MINT, which stands for Mexico, Indonesia, Nigeria and Turkey. Of course, it is an oversimplification to exclude the rest of the countries from these rising powers category, but it is perception management to influence the international system and make it clear that there is a bunch of established powers. In this sense, while it may simply be claimed that all the members of the G7 are established powers, the G20 includes almost all the rising and established powers.

It is worth mentioning that the world is more interconnected than at any time in history. Along with this interconnectedness, challenges to global prosperity and security have been increasing in recent years. However, closer partnerships by established and rising powers have accelerated against these challenges, as the stakes are high for the world and the powers themselves. Although these closer partnerships have been sustained by norms, principles and institutions such as the UN, the International Monetary Fund (IMF) and the World Bank among others, it is unequivocal that the international order needs to produce more effective solutions.

Challenges: As mentioned above, the international order is subject to growing challenges. While sometimes the established powers and rising powers respond to these challenges together, sometimes they challenge each other on controversial issues, as well. In particular, the G20 is a convenient platform for these collaborations and confrontations. However, G20 countries should realize that they have the potential to handle any challenges such as terrorism, economic growth, nuclear proliferation, energy security, humanitarian intervention and environmental sustainability in the world as other platforms such as the UN Security Council, the IMF, among others, are not effective enough.

Terrorism: Terrorism is one of the most serious dangers the world has faced so far. It disturbs peace and stability in the world. All of us know that it must be stopped but it cannot be stopped without launching a global fight against its extreme, unlawful violence toward people, institutions and states. In this sense, established and rising powers should join an ever-broader agreement to halt terrorism globally.

Economic growth: It is a fact that the gap between the north and south is growing despite the global outlook seeming positive. Yet there are several threats to economic growth that need to be handled. Oil prices are the first issue. Although the recent drop in prices is quite welcome, it needs to be handled well. External imbalances are another threat that cause disruption and could deteriorate expectations. Lastly, it might be mentioned that high interest rates are another issue that could considerably affect consumption patterns.

Nuclear proliferation: On the one hand, regarding nuclear proliferation, there is cooperation between established and rising powers. On the other hand, while the majority of them do not want Iran to be a nuclear power and strongly condemn Iran for its nuclear violations, some of them still have an interest in nuclear power. As there are states that have not signed the Nuclear Non-Proliferation Treaty, it is urgent that the G20 provide a forum to promote universal adherence to nuclear non-proliferation.

Energy security: As all powers confront challenges of energy security, it needs to be understood that no country can successfully face this challenge on its own. In terms of energy security, stability in markets is critical for economic growth. As energy security must be at the heart of the G20, it is the established and rising powers' burden to increase collaboration and prevent using energy supplies as a means of political coercion or as a threat to security.

Environmental sustainability: In order to grow faster, countries need more resources, industrialized countries in particular. Yet it is not clear whether their economic growth is environmentally sustainable or not. It is important for poor countries, as they need natural resources to make a living unlike rich countries. That is why established and rising powers need to make commitments for sustainable growth for a livable world.