PEGIDA is a local reaction to a global negative portrayal 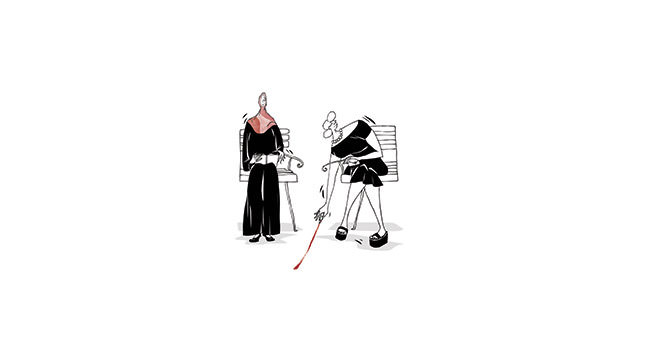 Islamophobia and xenophobia are on the rise in Europe with a dramatic increase in the number of supporters of several far-right movements including PEGIDA. But Muslims and immigrants are not the only ones who feel threatened by the political agenda of these movements

A new wave of far-right extremism has taken hold in Germany, a movement that goes by the name the Patriotic Europeans Against the Islamization of the West (PEGIDA). The movement ostensibly aims to raise a voice "against the Islamization of the West." The protests began with several hundred protesters in Dresden, the capital city of the federal state of Saxony in Germany, where a mere 0.4 percent of citizens are Muslim. It increased to 10,000 and spread to other German cities in a very short period of time. These protests clearly reveal that despite living together for more than a half-century, an orientalist and Islamophobic perspective, transmitted through the media, is still alive in German society.

The postmodern era has eliminated the East-West division from a geographical perspective. Today, we have no singular West and no singular East. When we talk about the West, we talk also about the East, and vice versa. Culture, ethnicity, nation, class and linguistics cannot be inserted into specific geographical parts of the world anymore. Consequently, the divisions between both notions are political that go back to rivalries and imperial agendas. Indeed, when the talk is about East and West, the term orientalism should be recognized as a base of today's revolt. Whereas Edward Said describes orientalism as a "more particularly valuable sign of European-Atlantic power over the Orient than a veridic discourse about the Orient," the reality that travelers such as Comte de Volney in the 18th and 19th centuries played an important role in assessing different societies and cultures of the Orient to establish a discourse about the "unknowns" cannot be denied.

By looking from the perspective of knowledge and discourse, mutual influence in world history was highly visible. The example of Mozarabs - Christians living in Moorish Spain - is one of them. Paul Alvarus, also known as Alvaro de Cordoba, was a scholar living in southern Iberia, who criticized Mozarabs for their interest in Arabic knowledge and poetry. His approach is a significant perspective to recognize mutual respect that no longer exists today: "The Christians love to read the poems and romances of the Arabs; they study the Arab theologians and philosophers, not to refute them but to form a correct and elegant Arabic. Where is the layman who now reads the Latin commentaries on the Holy Scriptures, or who studies the Gospels, prophets or apostles? All talented young Christians read and study with enthusiasm the Arab books; they gather immense libraries at great expense; they despise the Christian language as unworthy of attention. They have forgotten their language. For every one who can write a letter in Latin to a friend, there are a thousand who can express themselves in Arabic with elegance, and write better poems in this language than the Arabs themselves."

As can be seen by what Alvarus said, by looking at this encounter between Christians and Muslims in Europe, one can determine hundreds of similar stories of mutual influence. Even if the political struggle continued, the intellectual approach had another dynamic. Consequently, philosophers such as Ibn Sina (Avicenna) and Ibn Rushd (Averroes) were recognized respectfully by different parts of different societies especially during the time of Al-Andalus. Similarly, Goethe's "West-östlicher Diwan" (West-Eastern Divan) and Friedrich Schlegel's "Über die Sprache und Weisheit der Indier" (About the Language and Wisdom of the Indians) were some admiring studies about the Orient that were based on a Rhine journey and on hours spent in Paris libraries.

These types of examples are highly crucial to understand the reality of living together by learning from each other. People are currently, however, becoming increasingly prejudiced against minorities who have been living in the same country for more than a half century. Obviously, there is no need for anything else but the media to build any opinion. Especially after the 9/11 terrorist attacks, the images in the media are more than enough to influence the whole world. The local steps of PEGIDA are exactly the same reflection of this orientalist perspective. The image of radicalism, terrorism and violence illustrate an unquestionable image of Islam. Whereas the post-9/11 period was a turning point, the period until today's Islamic State of Iraq and al-Sham (ISIS) in the Middle East echo the same image dramatically. As a matter of fact, people who closed the doors to other cultures, nations, ethnicities and religions are adopting this image. As underlined in the beginning, the amount of Muslims living in Dresden are only 0.4 percent, emphasizing that the majority did not face a single Muslim would not be an exaggeration. This is also a major starting problem. When these people underline that they are the people of Germany and they do not want Muslims and refugees, one should ask how it is possible to ask a specific group of people to depart who are unknown. "How moral is it to shut the doors to the people who are not excited to leave their countries due to civil war that has cost more than 200,000 lives?"

The latest study by the Bertelsmann Foundation on Muslims living in Germany shows clearly the approach of Germans toward Muslims. Some 57 percent of non-Muslim German citizens consider Islam a threat. In 2012, 53 percent answered this way. Furthermore, 61 percent of German citizens believe Islam does not fit in the Western world. Indeed, this is the reflection of the mainstream media's approach. When ISIS beheads journalists or when Boko Haram attacks innocent people in the name of Islam, the image in the media is directly labeled to the religion. Despite the reaction of some European politicians who sometimes approach these atrocities in a more nuanced way and are able to distinguish between these people and Islam, the same cannot be said of the media. It is exactly this global image that is the main problem when people try and protest in the name of the whole nation.

Bryan S. Turner says in "Orientalism, Postmodernism and Globalism" that Islam became the dominant force in politics and culture not only in the Orient but in Western society in the 20th century. However, for him, the postmodern era has brought different notions and areas together. He goes on to say that "the decline in high culture, a pluralization of lifestyles, celebration of cultural differences and a new emphasis on consumerism and simulation" is something that continues vigorously. Consequently, he argues that the strength of this religion increases new conflict areas in political as well as cultural issues. The dynamics in Western concepts make the reality difficult given that encountering each other can bring out positive interaction, but also negative interpretation through media, academics and politics.

Antonio Gramsci makes an analytic distinction between civil and political society. Civil society is based on voluntary affiliations and initiatives whereas the latter is based on state institutions. The PEGIDA movement, born in a city that was part of communist East Germany until the fall of the Berlin Wall, is a civil initiative that reflects the irresponsible policies of political society against Muslim minorities in European countries. Although German Chancellor Angela Merkel criticized the anti-Islam movement in her New Year's speech, the increasing number of mosque attacks in Germany and other European countries emphasizes that political society needs to thoroughly interpret the increasing Islamophobic sentiments. Otherwise, as the chairmen of the country's new far-right populist Alternative for Germany (AfD) party stressed, the Charlie Hebdo attack in Paris will justify Islamophobic sentiments. If politics introduces new policies toward these kinds of movements, and the media starts an unprejudiced discourse, the first steps will have been made to reduce the negative image of Muslims in the West as well as the Middle East.