Who watches the watchdogs: The case of Turkey versus Israel 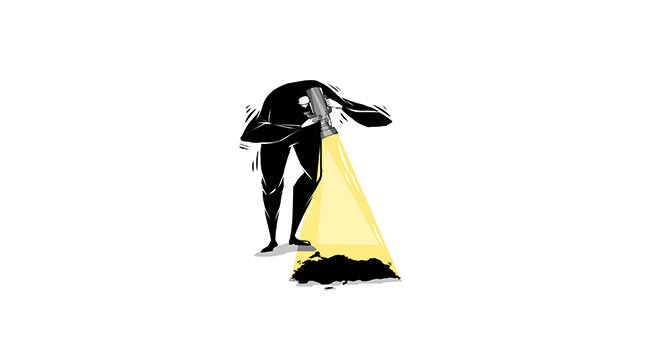 Reactions by international watchdog groups to the detention of Gülenist journalists were quite telling about the nature of these groups. These detentions were evaluated as oppression while the same groups legitimized to Israel’s killing of 15 journalists during Operation Protective Edge

The recent detention of a group of Gülenists in connection with a plot against a rival religious group caused a stir. Among the outside entities who were quick to condemn the event as an act of repression of the media were watchdog groups such as the Committee to Protect Journalist (CPJ), Freedom House (FH) and others who have long had an axe to grind with President Recep Tayyip Erdoğan. A comparison of CPJ's two press freedom responses, those towards Turkey and Israel, reveals a glaring double standard. The pro-Israel dominance in such organizations may give some clues as to why.

Charges against the detainees include fabricating evidence by acts such as placing bombs at work places to frame people as terrorists resulting in the false detention and imprisonment of 122 people. Of the four who are still detained for the plot, only one is from the media, namely Hidayet Karaca, the CEO of the Gülen Movement-affiliated Samanyolu TV. Anti-Justice and Development Party (AK Party) media led by Gülenists opened the floodgates of accusations that this was an assault on freedom of the press, and did its utmost to mobilize influential Western audiences against Turkey. To Erdoğan-bashers overseas, from anti-Turkey EU members to pro-Israel "watchdogs," it was like singing to the choir. Here is how one such organization, the CPJ, responded to the detentions on the day they occurred: "The Committee to Protect Journalists condemns today's raids on media outlets in which police detained journalists and media workers on politicized anti-state charges. Executive Director Joel Simon [said:] 'While details are still emerging, this much is already known: Turkish authorities, who have a history of politicized prosecutions against the media, do not tolerate critical reporting. The heavy-handed actions this morning smack of political vengeance.' 'Once again, President Erdoğan has shown he will embrace extreme measures to silence dissident voices. He believes in a compliant press, not a free press,' said [CPJ Board Chairman Sandra Mims Rowe. 'The people of Turkey deserve better.'

Let's begin with the editor's note, which is a classic, cynical trick to gain undeserved trust. And for good reason, the statement is full of internal inconsistencies, one-sided reporting and comical assertions. Here are just a few of them: it mentions the prosecutors charges, not quoted, but characterized in only two sentences: "Chief Prosecutor Hadi Salıhoğlu issued a statement today accusing the detainees of conspiring to run a criminal organization that aims to produce false evidence. They were accused of 'founding and being members of an armed terrorist organization' and 'slander,' among other charges, he said." It gives much more space to accusatory opinions, hearsay and foregone conclusions against the government in the passive voice or citing anonymous sources such as "reports say," "it has been reported," "believed" and the like. Here are some examples: "The reports said that today's raids were in retaliation against those who publicly accused Erdoğan of corruption in December 2013."

"The individuals are believed to have been detained on suspicion of being affiliated with the Hizmet [Gülen] movement."

This is akin to saying in the U.S. that individuals are being "detained on suspicion of being affiliated with Mormons." Anyone who has a modicum of knowledge on the subject would know that these individuals never hide their affiliations with the movement and instead boast of having millions of members and an empire that touches just about every sphere of life. In fact, one of the secularist accusations against Erdoğan and the AK Party is the decriminalization of religious group activities, including those by the Gülen Movement, who were a target of such criminalization up until 12 years ago. Ironically, the entities in the West who rarely mention the AK Party without the adjectives "Islamist" or "Islamic" now accuse him of persecuting an Islamic group.

The CPJ on Israel

In fairness to the CPJ, they are not always that quick to jump to conclusions. Comparing the above "I know so little but I am so sure" statement on Turkey with the one on the killing of 15 journalists by Israel during Operation Protective Edge, we see how meticulous and judgmental the CPJ can be when they put their mind to it.

Researcher Jason Stern starts by narrowing the scope from 15 to seven, because, "As a press freedom organization, CPJ focuses on the journalists who are killed in the line of duty."

He then reduces that number further with several clever maneuvers such as: "It is unclear if the IDF [Israeli Defense Forces] accidentally hit the car, did not see the 'TV' symbol, or saw it and chose to ignore it."

Then the "researcher" goes to work, like a clever New York criminal lawyer, using every technique from narrowing the crime categories to bogging the jury down with technicalities: "These investigations must contend with serious questions as to whether the combatants violated two principles of the law of armed conflict, distinction and proportionality." He then cites "expert witness" to totally exonerate his client: "The key to proportionality, as international law professor Laurie Blank wrote, is whether the commander makes a reasonable determination that the likely civilian casualties in an operation would not be excessive. It is not enough to say an attack caused the disproportionate death of civilians. Rather, the question is what the combatant knew at the time of the attack amid the fog of war. The law of armed conflict requires that proportionality be considered on a case-by-case basis; the sheer number of journalists killed is not evidence that a combatant did not act proportionally." How convenient.

Not assured that the white-wash is complete, he tries to justify the IDF's killing of journalists: "The IDF has acknowledged it targeted journalists in the past," but, " the IDF's Lt. Col. Avital Leibovich said: 'Such terrorists, who hold cameras and notebooks in their hands, are no different from their colleagues who fire rockets aimed at Israeli cities and cannot enjoy the rights and protection afforded to legitimate journalists.' IDF spokesman Lt. Col. Peter Lerner [said:] 'Journalists do sometimes put themselves in risky positions. We have to do our best to facilitate and keep them out of harm's way and try not to put them specifically in harm's way.' "

Then he goes on to merely rephrase without any critical scrutiny, the IDF Commander's words, such as: "To be sure, both Hamas and al-Aqsa TV are designated terror entities by the U.S. Department of Treasury and al-Aqsa was broadcasting despicable speech calling for the extermination of the Jews," and so on. Having done the job, he announces the verdict:

"In fact, CPJ has not determined that the IDF purposefully targeted any of the five journalists and media workers killed by Israeli fire, but the case of Hamid Shihab warrants further investigation. An examination of these killings of journalists in the Gaza conflict should take place in the context of a broader review of the actions of all sides, including Hamas's deliberate targeting of Israeli civilians." Did he say "civilians?" What happened to "we are concerned with on duty journalists" only? OK, he changed his mind, but with a caveat: civilians need to be Israeli.

Having established as glaring a bias as space permitted, we go into the "why" stage and start to investigate the investigators from sources such as "who we are" pages and discover that:

The majority of the CPJ's board consists of Jewish individuals with established records of pro-Israeli reporting and activism. Executive Director Joel Steinberg is Jewish, as is the researcher Jason Stern and even the "expert witness," Laurie Blank, he employs in the process.

The CPJ is but one example. FH, which feels Turkey is partly free but Israel is totally free (for whom and to do what?), and openly calls Turks to rise up against Erdogan, is no different. Needless to say, its board and the key personnel list of FH also reads like a "who's who" of Jewish lobbying and policy-making in the U.S. Yes, even Thomas Dine, the former executive director of the American Israeli Public Affairs Committee (AIPAC), is Jewish. Even the more "credible" human rights organizations like Human Rights Watch (HRW) and Amnesty International (AI) are headed and dominated by Jews. Such dominance, if not full control, may give some clues as to what gave the-then Israeli Prime Minister Ariel Sharon the confidence to say to his cabinet, concerned about the U.S. reaction: "Don't worry about American pressure, we the Jewish people, control America."

What Turkey can do?

In Salman Rushdie's "The Satanic Verses," the main character, Saladin Kamcha, asks a fellow inmate how the jailers managed to transform all the inmates into various beasts. "They describe us," is the reply. "They have the power of description and we succumb to the pictures they construct." That reply pretty much characterizes the fatalism that many of the "described" of the world, including Turks, feel. How fair are the describers such as CPJ, FH and the others? Could they have agendas or allegiances other than those stated? These are rhetorical questions for just about everybody, but they are also dangerous questions that can make the questioner anything from an "anti-Semite" to "shooting the messenger" or a "conspiracy theorist," employing a suitable instrument from a very large tool box resulting in marginalization, or worse in many instances.

When Rowe laments: "The People of Turkey deserve better," she misses the Turkey of coups, which was much poorer in wealth, freedom and political power and who succumbed to Israel and describers like her. The Turkish people's reply to her ilk in the ballot boxes was as eloquent as that by the Reverend Jesse Jackson to a nostalgic Ronald Reagan reminiscing on the "good old days," saying something to the effect of: "Those good old days were not that good to my people." Yes, Rowe, Kramer, Steinberg, et. al., the people of the world deserve better than the front organizations for Israel and other interests with not-so-noble agendas masquerading as watchdogs.