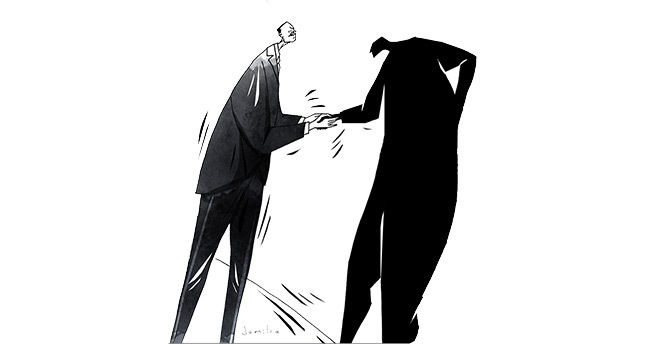 by Halil Danışmaz Jan 31, 2015 12:00 am
From collaboration in NATO to the peaceful production of nuclear energy, Turkey and the West have been allies on a wide range of foreign policy and security-related endeavors in the past. But perhaps no effort has been so pressing - nor so important - as the current undertaking to foster peace and stability in war-torn Syria. And while Turkey shares many of the same goals as its Western allies, it feels that the West is not doing enough to achieve one of them - namely, ending the Bashar Assad regime in Syria.

Turkey has long recognized the importance of regional stability for its own security and prosperity. For that reason, Turkey believes the international community must look beyond stop-gap solutions to the crisis in Syria and pursue a truly comprehensive resolution to the ongoing conflict. To this end, Turkey sees the removal of Bashar Assad as the central priority if its Syrian neighbor is to have any opportunity of achieving peace.

Turkey and the West are in strong agreement that the threat posed by the Islamic State of Iraq and al-Sham (ISIS) must be swiftly and decisively countered. What Turkey's allies have not acknowledged, however, is that the battles against ISIS and Assad are intertwined. The divisiveness and brutality of Assad's rule, and the security vacuum generated by the ongoing conflict created the conditions that allowed ISIS to emerge and thrive in Syria. Any proposed effort to address the civil war in Syria that does not focus on Assad ignores the complexity of his role in perpetuating regional instability and will only reinforce his efforts of clinging to power in the country he has brutalized for over four years.

Turkey has centuries of experience walking the tightrope between its Western allies and the Muslim world. On this matter, it is time for the West to respect Turkey's efforts to regain balance and stability in an increasingly chaotic region. The broader strategy proposed by Turkey includes coalition ground troops, no-fly zones to put an end to Assad's indiscriminate attacks on his people, efforts to strengthen the Syrian opposition and - most importantly - a demand for a change of power in Damascus. Each tactic is carefully calculated to protect Syrian opposition, fighters and civilians, prevent the conflict from spilling over into Turkish and neighboring territories and ultimately lead to a path toward peace. In contrast, the New York Times reported this week that the U.S. and other Western countries are quietly considering proposals that would lead to a more gradual transition of power in Syria, against the wishes of many of their coalition allies in the region.

No country has all the answers when it comes to the fight to destroy ISIS. However, the time has come for the West to listen to Turkey's advice - born out of deep experience navigating between the policies of East and West - and heed the interconnectedness of its proposed actions in the region. Allow Turkey to lead the way in recommending policies that will have a comprehensive impact on not only the conflict in Syria, but the prospect of peace and healing in the region as a whole.