Turkey serves as a model for religious tolerance 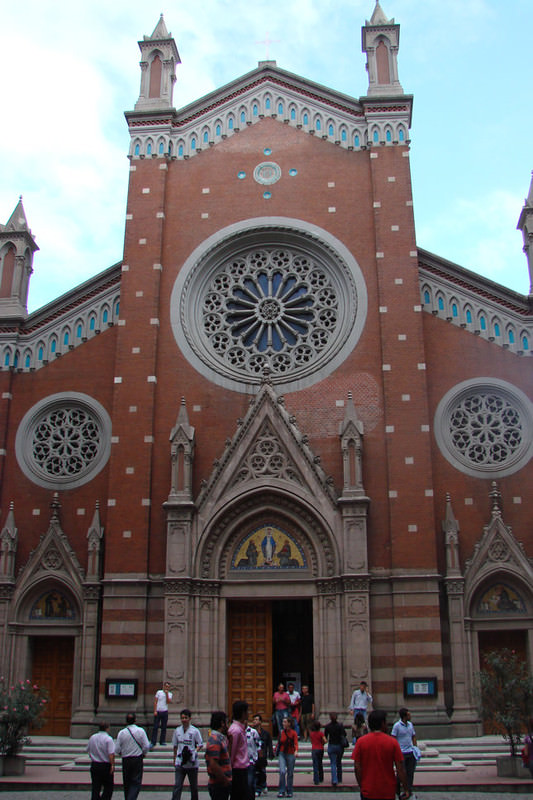 by Halil Danışmaz
Feb 12, 2015 12:00 am
Over the past few years many have expressed increasing concern about the persecution of Christian communities in various Middle Eastern countries. In Iraq, Christian communities have had to flee in order to escape violence from the Islamic State of Iraq and al-Sham (ISIS). Christians in Syria have seen similar situations. In Egypt, Coptic Christians have been targets of violence and persecution. Indeed, while Christian persecution has become a growing reality in the Middle East, Turkey serves as an important exception.

Turkey's position between the East and West also puts it squarely at the crossroads of religion. While other countries around the world struggle with these issues, Turkey is at relative peace. In fact, while much of the region is in turmoil, Turkey's Christian minority is thriving. Reflecting this openness, Turkey recently announced the construction of a new Christian church in Turkey– the first to be built in nearly a century. This new church, in a country where Christians make up less than 1 percent of the population, is an affirmation of the openness that defines modern Turkey.

While this will be the first new church built, this spirit of tolerance is hardly new. Over the past 92 years, many churches have been reopened and restored to serve the country's approximately 100,000 Christians. The area where the new Virgin Mary Syriac Church is being built already houses Greek Orthodox, Armenian and Catholic churches.

It is also not far from another recent event that demonstrates Turkey's commitment to inclusivity. While Pope Francis last year expressed concern about the persecution of Christians in the Middle East, he visited the Sultanahmet Mosque late last year and prayed beside Rahmi Yaran, Istanbul's Grand Mufti. There could hardly be a clearer image of peaceful coexistence, or even mutual support. The government accepted Pope Francis with equally welcome open arms, as President Recep Tayyip Erdoğan met with the pontiff and discussed theirmutual concern over the rise of the ISIS and the plight of refugees, both Christian and Muslim, from Iraq and Syria.

Indeed, Turkey's response to this conflict and its resulting refugee crisis may provide the best example of religious relations in the country. While the vast majority of the 1.6 million refugees in Turkey are Muslim, several thousand Christians have also found safety in the country. The new church, which will be built on land provided by the government, will serve Syriac Christians, whose numbers are increasing due to the Syrian civil war.

These refugees have joined other Syriac Christians and revitalized communities, filling churches and opening their own school. These communities have even drawn Syriac Christians from Europe who see an opportunity to help keep their culture alive. The government has supported these restored communities as well, helping to build much-needed infrastructure, including roads and electrical grids, to support their expansion.

This is not to say that Turkey has the answers that will end religious conflict worldwide. Religion, unfortunately, is the root of much of the violence that has led to the instability of the Middle East and the recent terror attacks in Paris. Turkey itself has suffered attacks for its own opposition to extremism and the growing ISIS threat.

This new church provides an example of how religious groups and the government can work together to promote inclusivity and tolerance. It also reflects Turkey's commitment not only to its whole population, but also to humanitarian efforts in support of its neighbors. While there is always room for progress, Turkey should be recognized for this action in the midst of both global and regional turmoil.

The new church will serve as a symbolic reminder of peaceful relations between religions and, one hopes, serve as an example to the rest of the world of how individual cultures can thrive in a multicultural world.