Turkey as a member of the energy community

by Janez Kopac and Mehmet Ekinci 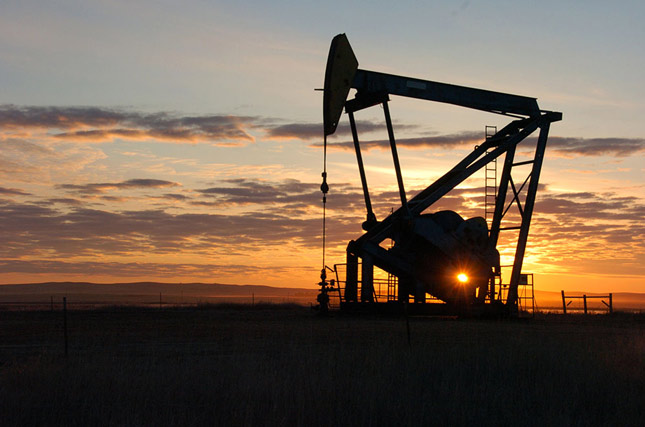 by Janez Kopac and Mehmet Ekinci Feb 17, 2015 12:00 am
EU-Turkey relations go back almost to the origins of European integration in the 1950s. Turkey first applied to join the European Economic Community as an associated member in 1959. This resulted in the signing of the Ankara Agreement in 1963. As of today, Turkey has attained EU candidate country status. Membership negotiations are still ongoing, albeit without any serious progress. As far as the opening of the energy chapter in these negotiations is concerned, there is no doubt that its blockage on the European Union side constitutes a "political" bottleneck. This bottleneck resulting from internal EU issues severely damages EU-Turkey relations, particularly in energy, and harms both sides. However, there is an alternative option to enhance EU-Turkey energy cooperation outside the EU accession process that could lead to an even more fruitful partnership. This option is Turkey's membership in the Energy Community.

Turkey has been a promoter and a trailblazer of international cooperation, being a member, or in many instances, even a founding member, of NATO, the U.N., Organization for Economic Co-operation and Development (OECD), Organization for Security and Co-operation in Europe (OSCE) and the World Trade Organization (WTO) among others. It may be concluded that the modernization of Turkey by international integration is an established state policy. Being close neighbors, improved EU-Turkey cooperation and integration could also bring significant benefits and would create a massive win-win situation in economic, social and cultural terms.

What makes the Energy Community stand out from the purely political bilateral relations with the EU are its legal foundations. The lack of clear and enforceable legal commitments and rights may be considered the most important shortcoming in EU-Turkey energy discussions today.

Turkey as a European energy hub

The liberalization of the Turkish energy market and its progressive integration with the European market are a compulsory step for achieving Ankara's goal of transforming the country into an energy hub and a crossroads between Russia, the Caspian Sea, the Middle East, the Mediterranean and Europe. However, Turkey cannot become a regional energy hub without a legal framework harmonized with its neighbors and subject to proper external monitoring. The same goes for Turkey's desire to attract investment and promote technology in the sectors of renewable energy and energy efficiency in which participation in the European energy market represents added value to deal with the exceptional growth in Turkish consumption expected in the coming years.

The harmonization of Turkey's energy legislation with the EU's Third Energy Package for electricity and gas is a precondition for Turkey to make progress in the direction taken. Turkey has synchronized its electricity system with the European one, joined the Capacity Allocation Office for South East Europe and asked for full membership in ENTSO-E, including voting rights. Currently, the Turkish Electricity Transmission Company (TEİAŞ) can only be an observer. According to the new ENTSO-E Articles of Association, both associated membership and membership requires an agreement with the EU on the implementation of the Third Package and other relevant EU legislation. For associated membership, Turkey could sign a special bilateral agreement that at least undertakes, or provides evidence for a commitment, to harmonize with the EU internal market in the near future. Compared to such a unilateral commitment, accession to the Energy Community is more beneficial for Turkey as it balances obligations with far-reaching procedural and market access rights.

The EU and Turkey share a common destiny in the energy field. The shared scenario is the lack of natural resources – hydrocarbons in particular – and continuously increasing energy consumption. In terms of energy demand, Turkey was recently one of the fastest growing countries in Europe. Consequently, the EU and Turkey also share common challenges and long term priorities such as securing sustainable energy supplies, diversifying energy sources, creating a competitive energy market as well as increasing the effect of energy efficiency measures.
The biggest concern for the EU in the field of energy today is the security of supply. The EU has to diversify its external supplies, strategically defined as "diversifying supplier countries and routes." For Turkey, beside security of supply, the current account deficit is a significant problem. The reason behind this deficit is the high costs of energy import – $56 billion in 2013 and 22 percent of total imports. To overcome this problem, the policy of Turkey is not only to be an importer but also an energy exporter by becoming an energy hub in the region. Evidently, the EU and the markets in Southeastern Europe would be the most important customers.

The energy community-Turkey's negotiations at a glance

"The opening of the energy chapter [of the EU accession negotiations] will surely pave the way for negotiations with the EU on Turkey's membership to the Energy Community." This statement on the webpage of the Turkish Ministry of Foreign Affairs apparently illustrates Turkey's blocked progress toward Energy Community membership.

Turkey showed its intention to join the Energy Community early on by supporting the idea of integration of energy markets in Southeastern Europe. When the idea of establishing an Energy Community in Southeastern Europe took shape, Turkey continued to show interest in becoming a full member. Turkey's economic and political relations with the region also made it a key country in the discussions.

During the negotiation process many concerns expressed by Turkey were resolved and several of its requests were satisfied. However, to the surprise of most, Turkey declared that it would not take part in the community as a full member and decided not to sign the treaty at the last moment. The main reason behind this withdrawal was Turkey's concerns about the legal framework related to the environment, competition and external energy trade policy in the treaty. In the end, Turkey limited its involvement to observer status.

There were further explorations in 2009 sounding out the prospects for Turkey's full membership in the Energy Community. However, the initiation of new negotiations was deadlocked after an initial exploratory meeting. Today, discussions to enhance further EU-Turkey cooperation takes place in another dimension called the "Positive Agenda," launched by the European Commission and the Turkish government in 2012. Energy has also been included in this agenda upon the commission's request.

Turkey's vision of the future: A regional energy hub

Turkey's longstanding energy policy priority is to liberalize its energy market in order to maintain competitive, transparent and efficient market conditions. Turkey initiated market liberalization in the past decade and in 2008 privatized the electricity distribution system operators (DSOs). As of today, all DSOs have been successfully privatized. The next step is the privatization of electricity generation plants. Turkey is planning to have a fully liberalized electricity market in 2016. In the gas market, the liberalization process is not as advanced. The influence of the state-owned company BOTAŞ Petroleum Pipeline Corporation needs to be addressed before the liberalization of the gas market can be realized. However, some steps, such as the privatization of some DSOs, amendment to the Natural Gas Market Law and a slight increase of the private sector's share in gas imports, have been taken.

There is no doubt that the EU has one of the most competitive and liberalized energy markets in the world. Its know-how and experience – liberalization started more than 20 years ago – is a model for other countries seeking energy market liberalization. Today, the point of reference is the Third Package. Turkey's attempt to transpose the Third Package unilaterally is not very persuasive. A systematic monitoring of the compliance of its legislation with the EU legal framework was carried out in 2008 for the last time. Membership in the Energy Community would entail the monitoring of its legislative framework by the secretariat, including transparency and competition conditions in the energy market. This is relevant not least for the European counterparts such as the European Commission or ENTSO-E.

Due to its favorable geographic location as a bridge between a supply-demand line and its dependence on energy imports, Turkey's future vision is to become an energy hub of the "region." The first prerequisite for becoming a regional hub is a "single market" framework consisting of synchronization of energy networks, harmonization of the legislative framework and integration of markets on the same conditions throughout the region. Prior to this, the creation of a single market requires an active involvement in all jurisdictions to be covered or affected by the hub.

On the way to becoming a regional hub, Energy Community membership will not only bring the EU and Turkey together, but also other contracting parties – Western Balkan countries, Ukraine, Moldova and Georgia – under the EU single market framework. This cooperation will enable the integration of the Turkish energy market into the energy market of the Energy Community, including the EU. It should also be kept in mind that any future expansion of the Energy Community will extend the geographical scope of the single market, which means Turkey may serve as a hub on an even bigger scale.

Joining the Energy Community may be the first token of a more active involvement of Turkey in other markets. The most important requirement in becoming an energy hub is transparency and openness of the energy market. This in turn requires harmonization of the rules in line with the EU's Third Energy Package as well as the essential requirements regarding policies on energy, the environment and competition.

The vision of becoming a future energy hub will not only enhance Turkey's economic and geopolitical power, but also benefit the EU and other Energy Community members. As a hub, Turkey would be able to stabilize fluctuations in demand and supply by decreasing its dependency on certain sources. Moreover, this would contribute to the flexibility of Turkish and European energy markets and create more competitive pricing schemes. Hence, Turkey's value to Europe could potentially increase.

As demonstrated in the arguments above, there are many reasons to believe that Energy Community membership is of strategic importance for Turkey. The same holds true for the EU. Both sides should overcome the political barriers to Turkey joining the Energy Community. Turkey's reasoning for not joining the Energy Community, namely the fear of weakening its negotiating position in the EU accession process, should not be the only motive considered. Energy Community membership and market integration will increase the interdependency between the EU and Turkey. As a result, Turkey will attain a more important position as a future gas transit country or hub. In turn, this position will give Turkey increased bilateral negotiating power and leverage for any future accession to the EU.