EXPO 2016 Antalya from a tourism perspective 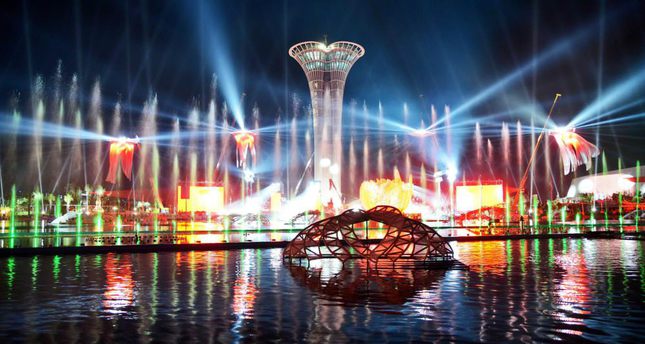 by Mahir Ünal Apr 23, 2016 12:00 am
Tourism is one of the fastest growing sectors internationally with approximately 1.2 billion international tourists and $1.25 trillion in international tourism receipts worldwide. This gives it a direct influence on many areas such as economic development, employment, environmental awareness, cross-cultural peace and dialogue and country image. The tourism sector has transformed into an industry in which countries intensely compete with one another and resort to various methods to gain an advantage. The strategies that countries develop to raise their international profiles focus on activities that enhance promotion and marketing, image and perception management, branding and keeping up with the technological improvements and latest trends in tourism. The common use of the Internet and social, digital and mobile media, in particular, plays a key role in tourism in motivation in the process of planning a holiday and choosing a destination, since even a short comment on social media can very well change one's travel preferences. In this respect, countries believe that they can create strong and crisis-resistant brand destinations by conducting sustained promotional campaigns.

"Ceteris paribus" is not applicable to tourism

Being conscious of the significant impact of technological improvements, cultural diplomacy and public relations activities on tourism and tourist preferences, the Culture and Tourism Ministry organizes a variety of events and activities, including global advertising and image campaigns and hosting foreign influencers and opinion leaders in Turkey as well as attending international fairs and joint activities with the private sector.

It is true that travel motivations and tourist preferences are substantially influenced by activities and promotion, marketing and branding. But when it comes to tourism people should keep one thing in mind: the results gained cannot be 100 percent attributed to a single institution or establishment. This means that the phrase from economics, "ceteris paribus" (all else being equal) is not really applicable to tourism. In other words, external variables always exist and influence others and themselves one way or another. One concrete example of this is the negative impact of political and economic problems, migration and terrorist attacks in some regions of the world on the number of tourists traveling to those regions. Even though Turkey ranks as one of the countries with most international arrivals, it has been plagued by these problems in 2015. Apart from Turkey's efforts, some regional and international alliances to combat these risks will help us work through the 2016 tourism season with the least negativity and look to the future with more hope and confidence. One of the first and most important examples for that is no doubt EXPO 2016 Antalya.

Marvelous event for the city and good timing

Standing out as one of the biggest, oldest and most prestigious projects in the world, the World Botanical EXPO provides ample economic opportunities for the development and branding of the host country. Thus, it is a source of honor and pride for us to host EXPO 2016 in Antalya under the theme "Flower and Child" and motto, "A Green World for the Next Generations." The event will not only help raise environmental awareness, but will also promote Antalya as well as Turkish culture and tourism around the world.

Travel, which enables different cultures to interact, is essential for establishing world peace. "Flower and Child," the main theme of the EXPO 2016 Antalya, is a welcome departure from all the negativity of recent times, with its emphasis, for six months, on peace, fraternity, future generations and environmental awareness.

To promote EXPO 2016 Antalya, which will encompass a variety of national and international culture and arts events, our ministry has been creating special stands dedicated to advertising the event at 122 tourism fairs around the world, as well as organizing some special promotion activities at premier events such as ITB Berlin, the world's largest tourism fair, JATA fair Japan and New York Times Travel Show. Being able to reach target audiences directly, a great deal of content including visuals on EXPO Antalya has been shared on the official social and digital media accounts of our global image campaign. In addition, we have been hosting representatives and influencers from international media in various locations in our country to provide news and articles in different languages concerning travel, gardening and landscaping in Turkey.

In 2015, the British Royal Horticultural Society's Hampton Court Palace Flower Show, was attended by over 130,000 participants, and our ministry's project, Garden of Paradise, won the gold medal as the Best World Garden. During the show, EXPO 2016 Antalya booklets were handed out and a lot of attention was drawn to the organization. With all these promotional activities, we have aimed to increase awareness of EXPO 2016 Antalya in the hope of getting more people to come.

Our children and environment are all we have

Any country with happy children and nature that is well cared for will have a chance for a bright future. Countries around the world should strive and have the hope to achieve this delicate balance for the sake of future generations.

I wish everyone a world with more tourism and travel, development, prosperity and reconciliation, with more children's smiles and colorful flowers everywhere. I do hope that EXPO 2016 Antalya will bring more peace to our world.