1915 events: Abuse of history for the sake of politics 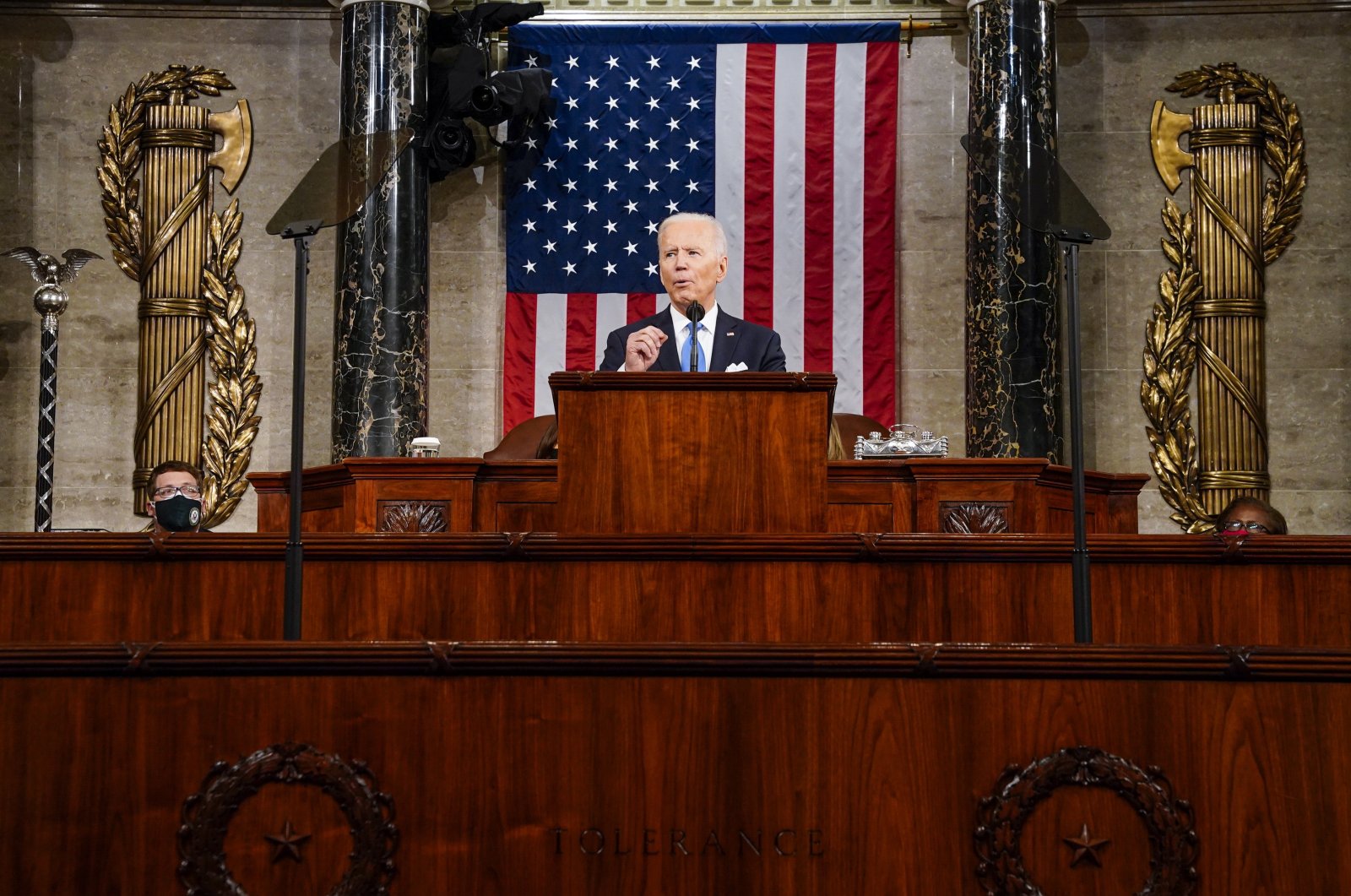 U.S. President Joe Biden addresses a joint session of Congress, with Vice President Kamala Harris and House Speaker Nancy Pelosi behind him, at the Capitol in Washington, D.C., U.S., April 28, 2021. (EPA Photo)
by Ihsan Aktaş May 01, 2021 12:05 am
RECOMMENDED

In World War I the Turkish people suffered great losses. The Turkish nation lost 1 million people in the Balkans and the Caucasus and hundreds of thousands on various fronts.

During the most violent period of World War I, as Russia occupied northeastern Anatolia, Armenian gangs revolted against the Ottomans with incentives from some European states.

In the name of establishing an independent Armenian state, these gangs committed horrific civilian massacres on a huge scale.

After Russia withdrew from Anatolia, Armenian gangs continued to commit a series of massacres in various provinces of the country.

Between 1915 and 1919, these gangs murdered tens of thousands of Muslim civilians in the provinces of Van, Bitlis, Muş, Erzincan, Erzurum, Kars, Bayburt, Iğdır, Trabzon and Sivas.

Carrying out their most bloody attacks in the provinces of Erzincan, Erzurum and Kars, these gangs set cities, towns and villages on fire while withdrawing from Anatolia.

Due to mass grave excavations, we have insight into the oppression that the Muslim people suffered at the hands of these Armenian gangs.

In order to prevent Armenian rebellions, they decided to transfer the Armenians to Syria, another Ottoman province.

Unlawful incidents occurred during the deportation, which led to the deaths of Armenian civilians.

However, the Ottoman state put the officials and soldiers who were responsible for these atrocities on trial.

After the end of the war, the number of Armenian losses was greatly exaggerated by the Armenian diaspora, who claim that 1 million people were killed during the deportation.

Emerging in the second half of the 1970s, Armenian terrorist organizations began to target Turkish diplomats in an attempt to disrupt regional peace and establish an Armenian state in eastern Anatolia.

President Recep Tayyip Erdoğan openly declared that Turkey supports historical investigations into the Armenian issue by opening all of the Ottoman archives of the period.

However, Armenia is abstaining from cooperating with Turkey; instead of supporting scientific research on this controversial issue, they continue to exploit the Armenian question for their political objectives.

U.S. President Joe Biden has become the first American president to describe the Armenian events as a "genocide."

Opening a deep rift between the new U.S. administration and Ankara, Biden is attempting to use and abuse history for the sake of politics. This decision undoubtedly inflicts a deep wound on Turkish-American relations.

Under any circumstance, Turkey will seek to establish a friendship and peace between the neighboring nations of Turks and Armenians, who are connected to each other with a shared history and tradition.