‘A bad man versus a bad cause’ 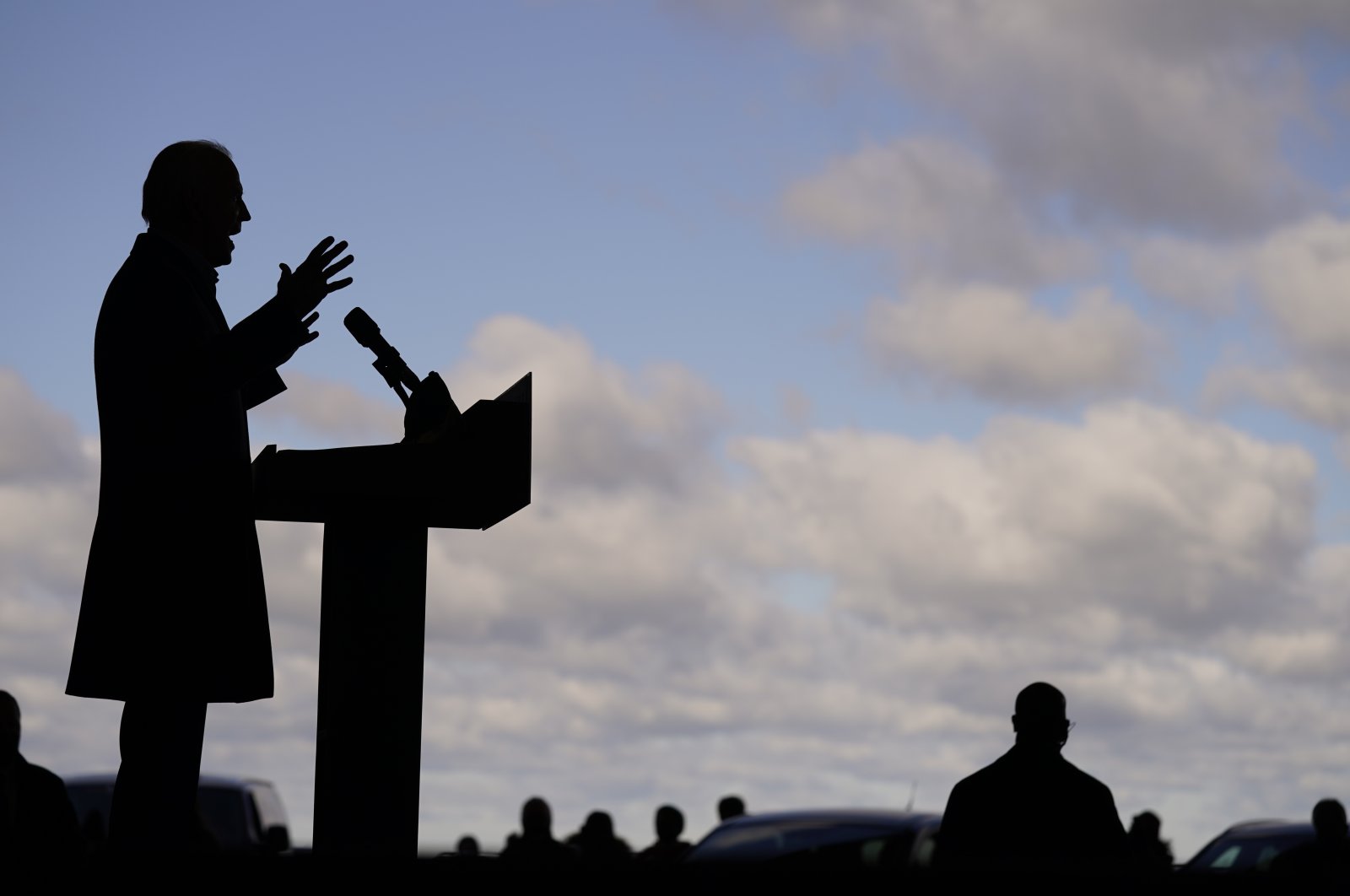 While I am writing, I’ll be biting a 9 mm bullet because it is not easy to admit that the horse you put your money on lost the race.

As Dan McLaughlin of the National Review said it was “a bad choice between a bad man and a bad cause,” but 70 million Americans knew better: Sometimes, a bad man is better than a good man with a bad cause.

Yes, I expressed my opinion (twice) that a liar, womanizer, loudmouth and garrulous person would (indeed, should) be reelected for the next four years. And not because he is fit to be president. Nor was I, as a conservative, scared that the Democratic candidate Joe Biden would bring in that left turn many have been advocating for. Quite the contrary: Biden will entrench a different kind of conservatism, the “neo” version of it, so firmly that the world will be suffering Obama-esque wars that are bound to insidiously engulf the Muslim world.

What about incumbent U.S. President Donald Trump’s Muslim ban and other pro-Israeli policies that had even taken Israeli Prime Minister Benjamin Netanyahu by surprise? Yes, they are bad policies stemming from Trump’s half-baked populism. They were bad, but yet they could not destroy Muslims.

If a Palestinian graduate student received an acceptance from an Ivy League college, she would be able to get her visa from any U.S. Consulate wherever she resided. Israelis have been clever enough not to fall for the commercial real estate schemes of Trump’s “deal of the century.” But former U.S. President Barack Obama, while delivering treacherous sermons about helping Muslim countries, ordered 10 times more airstrikes in the covert “war on terror” than his predecessor, George W. Bush. Then-Vice President Biden was there the whole time.

Moreover, Obama was the one telling the world that their drome operations were so “exceptionally surgical and precise” that they pluck off terror suspects while not putting “innocent men, women and children in danger.” But the Bureau of Investigative Journalism reported that between 384 and 807 innocent civilians were killed in Afghanistan, Iraq, Pakistan Libya and Yemen during these U.S. operations. Other sources put the number much higher. The Guardian, for example, reported that in 2016 alone, the Obama administration dropped at least 26,171 bombs, killing about 4,000 people. The newspaper calculated that Obama and Biden blasted combatants or civilians overseas with 72 bombs; that’s three bombs every hour, 24 hours a day because they believed the neoconservative ideology that some Muslims should not be allowed to run any country – even if their people would want them to.

These neoconservatives, like all people with a cause, did not go away like ordinary bureaucrats when Hillary Clinton lost the election to Trump; and Trump, like all those “outside of the Beltway” politicians, did not enjoy a party affiliation with conventional Republicans and had to create his own path. Look at the rate of turnover in political appointees. When he finally found the right people for the right positions, it was too late.

Despite the fact that he was a captive at the White House (or Mar-a-Lago golf courses), he was able to decrease the level of the drone war and bring soldiers back home. One of the neoconservatives he appointed as his special envoy to Syria, James Jeffrey, admitted that they had been hiding the real numbers of U.S. troops in the Middle East. That same man had signed the “Never Trump” letter condemning then-presidential candidate Trump as a danger to America but was able to get himself appointed as a presidential envoy. He laughingly said to Defense One’s Katie Bo Williams that there was no withdrawal from Syria: “What Syria withdrawal? There was never a Syria withdrawal. When the situation in northeast Syria had been fairly stable after we defeated (Daesh), (Trump) was inclined to pull out. In each case, we then decided to come up with five better arguments for why we needed to stay. And we succeeded both times. That’s the story.”

Jeffrey resigned from his post last week; probably he will be reassigned by the Biden team.

Now that I have made my point, I can spit the bullet out.