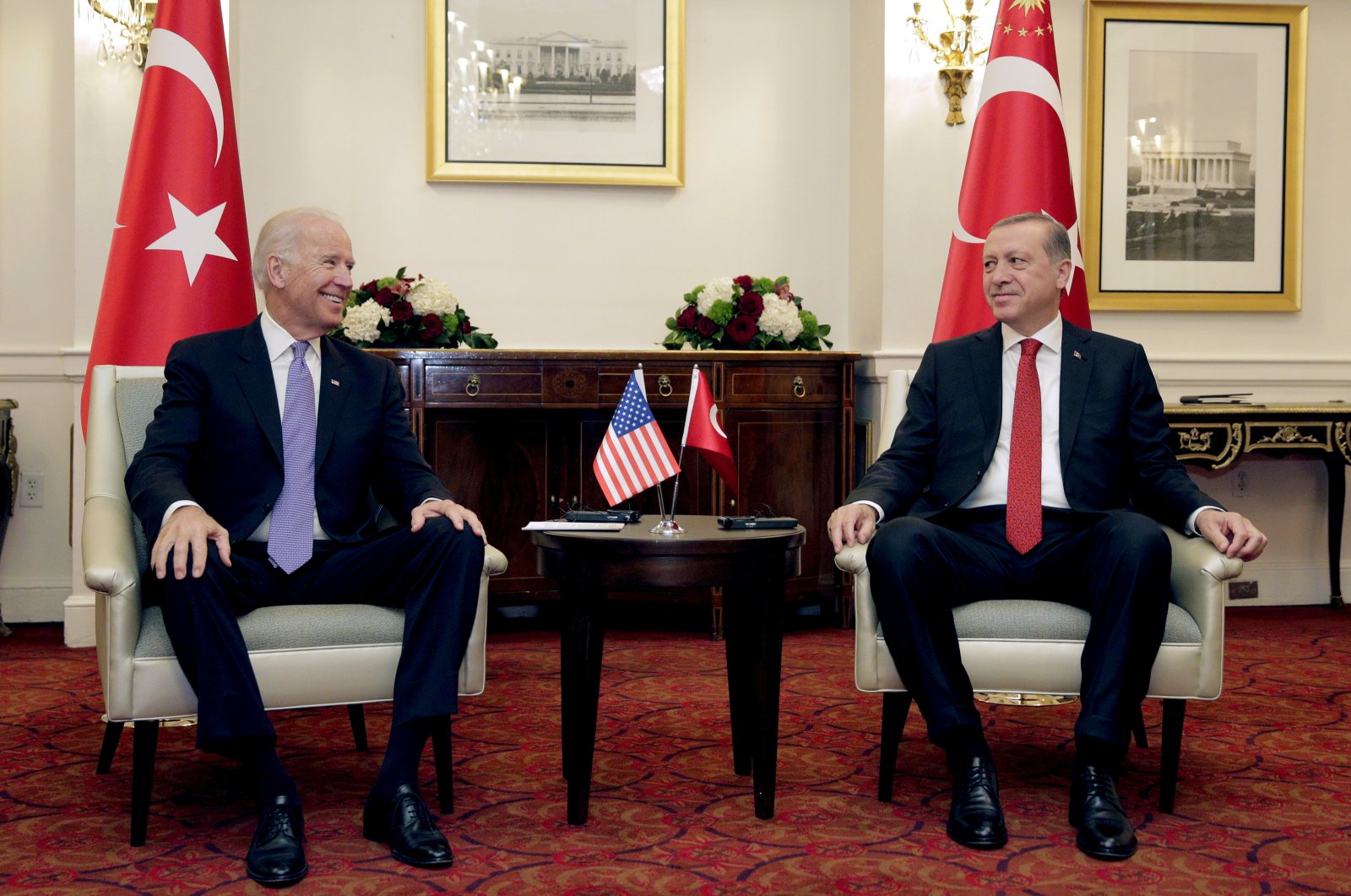 As U.S. President-elect Joe Biden is set to take office in January, the world is making predictions about the new administration’s global policies and specific approaches.

It is expected that Biden will prioritize domestic challenges his nation has been facing, specifically the coronavirus outbreak and its effects on the U.S. economy.

Many would have argued that the future of Turkey-U.S. relations would be front-page news after the U.S. elections, but the second wave of COVID-19 and its economic turmoil have pushed aside almost everything else, at least for a while longer.

Even the imposition of the Countering America's Adversaries Through Sanctions Act (CAATSA) sanctions against Turkey last week, coming during President Donald Trump's last days in office and marking the first time Washington has imposed CAATSA sanctions against a NATO ally, has not caused a shock wave.

Of course, Washington's bilateral issues, including those with Ankara, will continue to be dealt with, although they will not be in the spotlight due to the pandemic.

The Biden administration’s Turkey policy is one of the most hotly anticipated foreign policy issues, and interested parties are asking whether he will choose to reset Turkey-U.S. relations that have been at a low point for around seven years or continue Washington's harsh stance against Ankara, further pushing Turkey away from the West.

Experts claim that Biden’s primary foreign focus will not be the Middle East and that he will work on the healing of trans-Atlantic relations that weakened during Trump’s term. As Biden is committed to trans-Atlantic cooperation, they argue that China, Russia and Europe will come first on the new president’s agenda.

Although the deterioration of Turkey-U.S. relations started over differences in views on Middle Eastern issues, particularly Syria, the alarming signs of the shifting of global power from the West to the East makes Ankara a key player for Washington.

In my column two weeks ago, I discussed the impacts of the foundation of a new major pact, namely the Regional Comprehensive Economic Partnership (RCEP), by the 10 member countries of the Association of Southeast Asian Nations (ASEAN) and five Asia-Pacific countries – China, Japan, South Korea, Australia and New Zealand – that make up 30% of the world’s population and gross domestic product (GDP), on the Western world.

The RCEP is regarded as a China-backed alternative to the proposed but not ratified Trans-Pacific Partnership (TTP) that included many Asian countries but excluded China. Trump pulled the U.S. out of the TTP in 2017.

Since China is playing a central role in the arrangement of RCEP, the long-term strategic and geopolitical implications should widely be discussed at a time when we are talking about the decline of the West and the rise of the East. After all, trade deals are never just about trade – they always come with political outcomes.

It is an undeniable fact that most of the world’s global activity is increasingly occurring in the East. This means more economic growth for Asia and that long-expected significant geopolitical shifts are knocking at the door, causing fear in the West.

Biden’s foreign policy team is expected to continue to see China as the main economic threat for the U.S., just as Trump did. Pushing China to obey the standards and regulations of the World Trade Organization (WTO) and imposing new sanctions on Beijing could be the team's initial steps.

Of course, increasing the power and influence of NATO, the military and also the political alliance of the Western world is a must for the Biden administration if Washington wants to change the course of events regarding the world order.

Russia, on the other hand, can be a lesser but still important rival for the U.S. and the trans-Atlantic alliance as well. Moscow is not a direct threat to the U.S., but Europe needs NATO and the U.S. to protect itself from Russia.

Although Turkey-U.S. tensions started with Syria, Turkey’s purchase of the Russian-made S-400 missile defense system, which led to the CAATSA sanctions imposed last week, has recently become the main problem between the two countries.

There is no need to reiterate that it was former U.S. President Barack Obama's administration that did not sell Patriots to Turkey in the first place, making it at fault. Ankara needed to buy long-range defense systems to protect itself from threats from the Middle East, so actually, the nation was pushed by the Obama administration toward Russia.

The threat of isolation by its NATO ally pushed Turkey closer to Russia, which, in time, increased economic activity between the two countries.

Moscow and Ankara have worked together to solve several other problems in the region while they are still on opposite sides on several fronts.

There is no doubt that the U.S. must find a way to solve its problems with Turkey instead of trying to punish the country with economic tools if it wants to strengthen its trans-Atlantic alliance, reenergize NATO against Russia and China and stop the flow of economic growth to the East, especially while Turkey’s power and influence in the region are on the rise.

The idea of switching the Turkish government and bringing down President Recep Tayyip Erdoğan was on Biden’s mind, according to his statements last year, but he is not a candidate anymore – he is the president of the United States. So he should decide where they want to see Turkey in the near future: On their side, or on the other side, which would undoubtedly exhilarate Russia and China.

Yalçındağ had two proposals for Biden to improve trade relations between Turkey and the U.S: a free trade agreement and a binational commission where Turkish and American ministers could communicate, discuss problems, seek ways to cooperate and exchange ideas.

“TAIK members represent some of the largest and most prominent companies in Turkey and have invested billions of dollars in the U.S. supporting tens of thousands of American jobs in local communities ... Equally, Turkey represents a critical overseas market for American companies doing business in our country,” the TAIK chairperson said, and added “as your administration looks to transform the American economy in the aftermath of COVID-19, Turkish manufacturers are well-positioned to help U.S. companies diversify their supply chains in several key sectors.”

While mentioning China’s role in the RCEP, I said, “trade deals are never just about trade – they always come with political outcomes.” That is why Yalçındağ’s suggestion is important. Beginning to talk to Turkey over trade between the two countries can be a starting point for solving problems one by one.

If the U.S.-led Western world does not want to lose an ally during its wrestle with the East, it should do a double-take on the hand extended by Turks such as prominent businessperson Yalçındağ.