Allies? No! All lies! 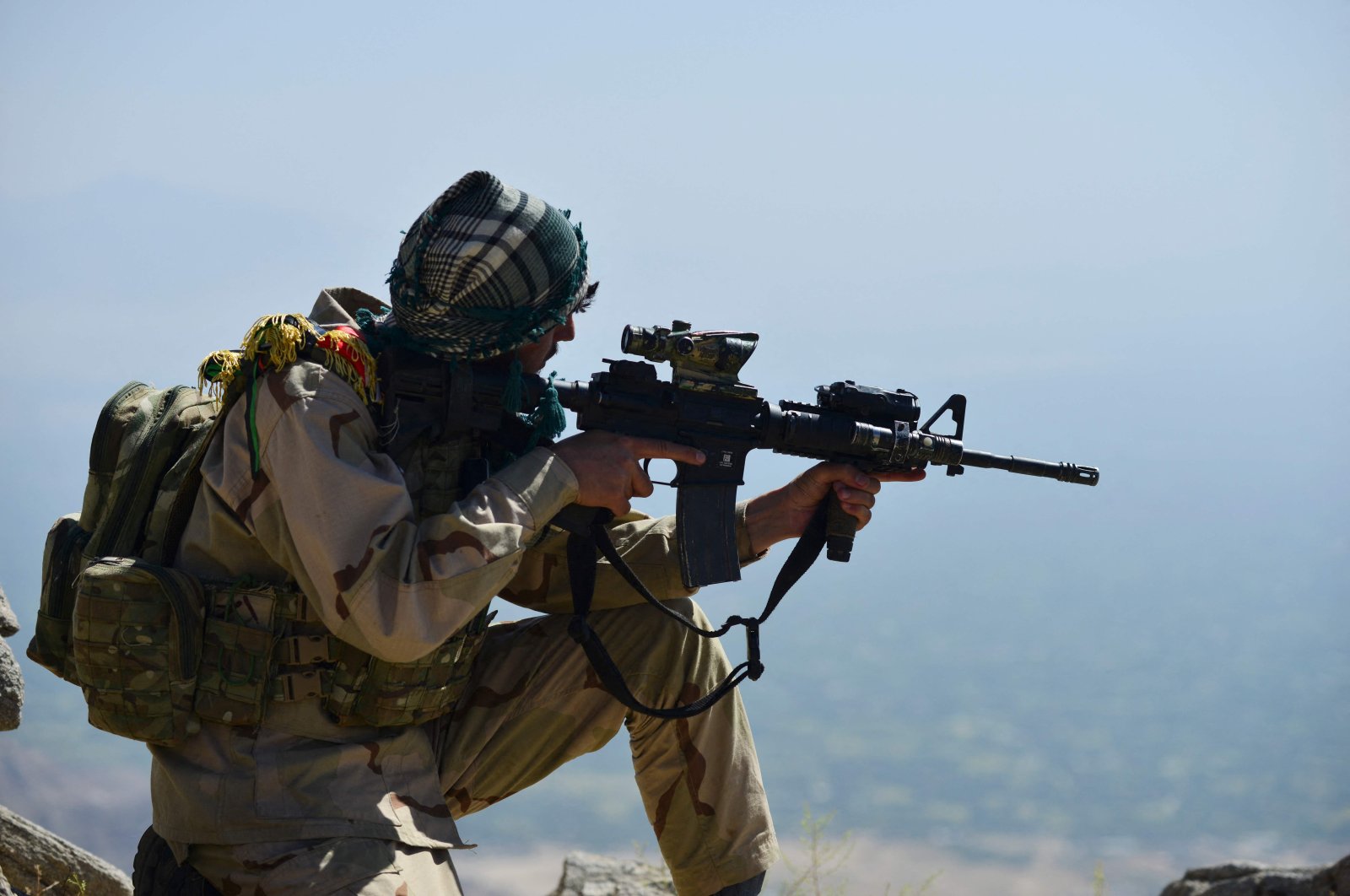 A member of the Afghan resistance movement and anti-Taliban uprising force takes up a postion during a patrol on a hilltop in the Darband area in Anaba district, Panjshir province, Afghanistan, Sept. 1, 2021. (AFP Photo)
by Hakkı Öcal Sep 06, 2021 12:05 am

The recent U.S. statements about the possibility of cooperating with the Taliban against Daesh have confused everyone

Reading Antony Blinken’s tweets on the end of the U.S. occupation in Afghanistan and his praise of Turkey, I remembered an idiom I had learned ages ago: “mealy-mouthed.” Mr. Pickering, our peace-corps English instructor in high school, used to translate it as the equivalent of our Turkish expression of “Bir dediği bir dediğine uymuyor.” (Literally: “His one statement doesn’t suit his another

statement.”) That is exactly what Blinken is: “a mealy-mouthed self-serving bureaucrat” who speaks from both sides of his mouth.

Blinken needs Turkey’s help in Afghanistan, for instance, to convince the Taliban leaders to accept the U.S. foreign aid, or some other wicked design they might have in the offing. How about sowing seeds of enmity between the Northern Alliance (now known as the Panjshir resistance forces) and the Taliban?

The Panjshir resistance forces are led by former Afghan Vice President Amrullah Saleh and Ahmad Massoud, the son of a famous resistance fighter against the Soviet occupation; there is no love lost between them and the Taliban. Only a week ago on Monday, they killed eight Taliban fighters after clashing with the opposition militia in the Panjshir Valley. The Panjshir has been the only province to hold out against the Taliban; in neighboring Baghlan province, Taliban forces seem to be overpowering local militia.

Former vice president (and the only legitimate person representing the Afghan government) Amrullah Saleh, who has been seeking international support since the fall of Kabul on Aug. 15, appeared on Fox News last week and appealed directly to the American people to push their government to come to the help of Panjshir resistance forces. His main arguments are that al-Qaida and the Taliban have not parted ways, that Pakistan is sponsoring the Taliban and that the Panjshir opposition invites Americans left behind in Afghanistan to seek protection in the valley.

Despite the fact that Amrullah Saleh resides in Panjshir, the control of the militia is in the hands of Ahmad Massoud. Some troops of the former Afghan army and members of the U.S.-trained special forces have joined the National Resistance Forces (NRF) and declared loyalty to the Panjshir Alliance. Massoud has called for negotiations with the Taliban but has added that he was willing to fight them if the Panjshir Valley is attacked.

During the last phase of the U.S. evacuation, the only surviving part of al-Qaida in Afghanistan, Daesh-Khorasan Province (Daesh-K), made its presence known by killing 15 U.S. troops and more than 170 Afghan people, including many Taliban fighters. The U.S. forces and the Taliban jointly resisted the Daesh assault. Gen. Mark Milley, the chairperson of the Joint Chiefs of Staff, now openly purports the probability that the U.S. will coordinate with the Taliban to carry out future counterterrorism operations against Daesh-K in Afghanistan. Secretary of Defense Lloyd Austin is not as optimistic as Gen. Milley; but still, cooperation “on a very narrow set of issues” seems possible.

Meanwhile, the first Green Beret to serve in Congress, Mike Waltz (Florida Republican), is trying to drag the Panjshir alliance into a scheme that would lead to the continuation of Bush’s “Endless War.” Rep. Waltz has proposed an amendment to a defense-bill markup in Congress to explicitly prohibit the administration from officially recognizing a Taliban-led government and to direct the Pentagon to start fortifying Panjshir forces against the Taliban. Criticizing Biden’s new plan for “over-the-horizon counterterrorism,” Rep. Waltz says that fighting terrorism “without a local entity on the ground” is not possible. Moreover, Ahmad Massoud and his men would be the U.S.’ new allies – in other words “boots on the ground” – in Afghanistan.

Rep. Waltz in an interview with the National Review magazine said that efforts to help Panjshir should also come from the private sector and a number of private groups that assisted in the evacuation effort. Who are these groups? What are their interests in continuing the “Endless War” in Afghanistan?

Ahmad Massoud and the Taliban should reach an agreement before those “private groups” create a sanctuary designed to be used as their boots on the ground. The Wall Street Journal and other conservative media began fanning the fire with their reports that clashes around Panjshir continue and are causing casualties on both sides. The situation in Panjshir is perilous, but the solution is not in a “Muslim kills Muslim” scheme. The Taliban, tempted by their easy overthrow of a war-weary Afghan army, might think that they can defeat “a handful Uzbek and Tajik people” in the north. Ahmad Massoud, on the other hand, might be fooled by Rep. Waltz and his ilk promising tons of arms, rockets and money to continue their dirty war.

A believer, the Prophet of Islam says, should not be bitten from the same spot twice, implying that a Muslim won’t repeat the same mistake, for he would take the necessary precautions. Just as they say: “Fool me once, shame on you; fool me twice, shame on me.”

The Afghan people killed each other in the name of Islam before. If the U.S. is looking for new allies, they should look elsewhere. The allies, in their lingo, are actually all lies. Well, you may ask Blinken, the “mealy-mouthed self-serving bureaucrat.”