20-year tally: What the Afghanistan War cost in lives, dollars 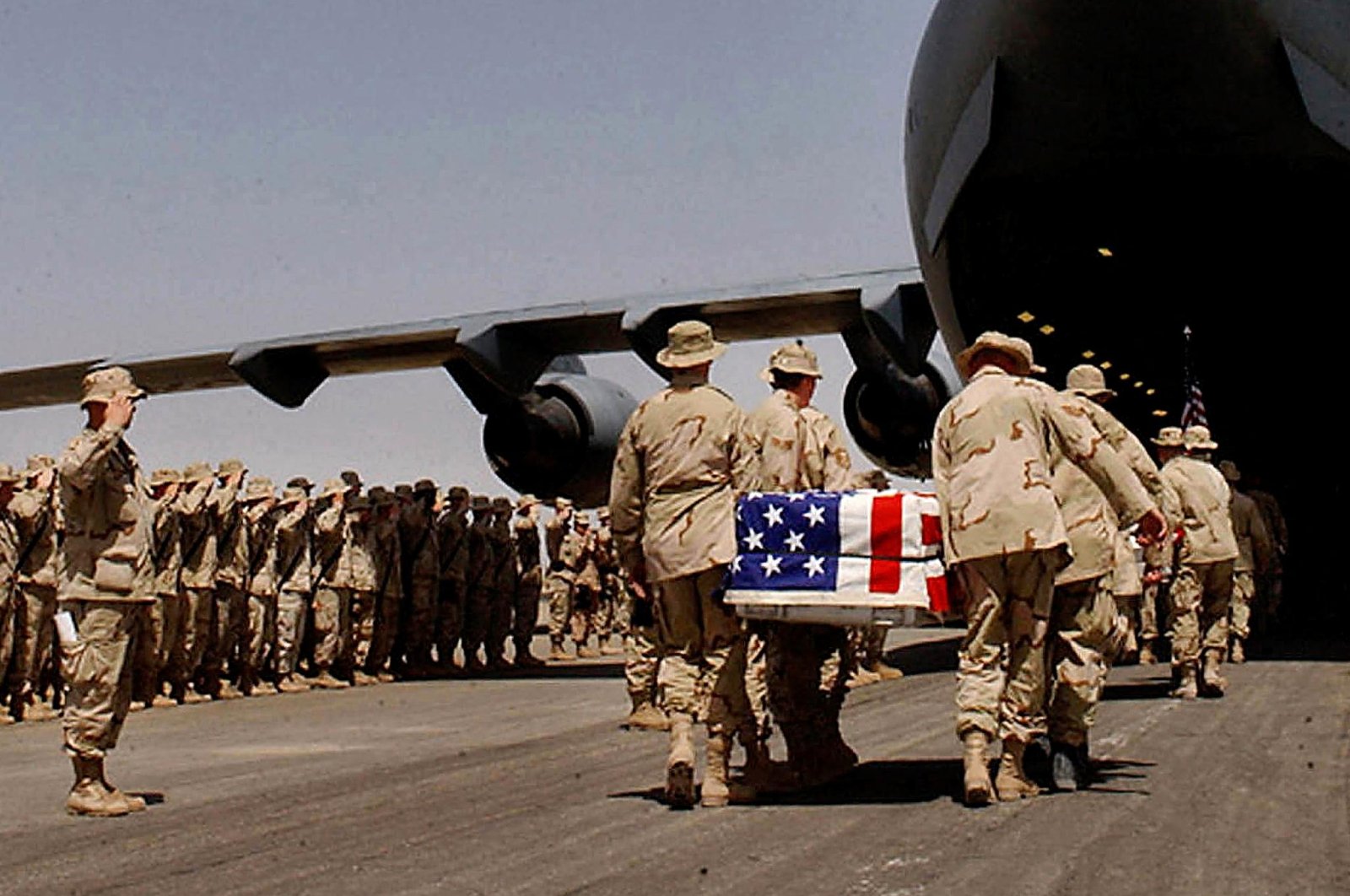 U.S. soldiers carry the coffins of their colleagues draped in national flags to a C-17 aircraft during a memorial ceremony held at Kandahar army base, Afghanistan, March 30, 2020. (AFP File Photo)
by ASSOCIATED PRESS Jul 12, 2021 9:57 pm
RECOMMENDED

As Washington's war in Afghanistan comes to an end, analysts are stepping back to assess the actual cost of the conflict. Stretched over nearly 20 years, the American combat mission was the longest in the United States' history.

Over the years, ordinary Americans tended to forget about it, and it received measurably less oversight from Congress than the Vietnam War did. But its death toll is in the many tens of thousands, and generations of Americans to come will be burdened by the cost of paying it off.

As the U.S. commander for Afghanistan, Gen. Scott Miller, relinquished his command in Kabul on Monday, here's a look at the U.S.-led war in Afghanistan, by the numbers.

Much of the data below is from Linda Bilmes of Harvard University's Kennedy School and from the Brown University Costs of War project.

Because the United States between 2003-2011 fought the Afghanistan and Iraq wars simultaneously, and many American troops served tours in both wars, some figures as noted cover both post-9/11 U.S. wars.

The percentage of the U.S. population born since the 2001 attacks plotted by al-Qaida leaders who were sheltering in Afghanistan: Roughly one out of every four.

The number of American service members killed in Afghanistan through April was 2,448, U.S. contractors 3,846, and Afghan national military and police 66,000.

Other allied service members, including other NATO member states' personnel, who lost their lives totaled 1,144, and 47,245 Afghan civilians were killed during the conflict. The Taliban and other opposition fighters lost 51,191.

Aid workers lost during the war totaled 444 and journalists, 72.

The infant mortality rate saw an approximate 50% drop since the U.S., Afghan and other allied forces overthrew the Taliban government, which had sought to restrict women and girls to the home.

The percentage of Afghan teenage girls able to read today is 37%.

Afghanistan districts and district centers that the Taliban says it controls as Western forces withdraw are more than one out of three.

Congress authorized U.S. forces to go after culprits of the Sept. 11, 2001 attacks on Sept. 18, 2001; however, the number of times U.S. lawmakers have voted to declare war in Afghanistan is zero.

The Senate Finance Committee has only mentioned the costs of the Afghanistan and Iraq wars since Sept. 11, 2001, once.

PAYING FOR A WAR ON CREDIT, NOT IN CASH

THE WARS END. THE COSTS DON'T

Bilmes estimates the United States has committed to pay $1.6 trillion to $1.8 trillion in health care, disability, burial and other costs for roughly 4 million Afghanistan and Iraq veterans. Those costs will peak after 2048.