An American presidential tradition: 'America is back' 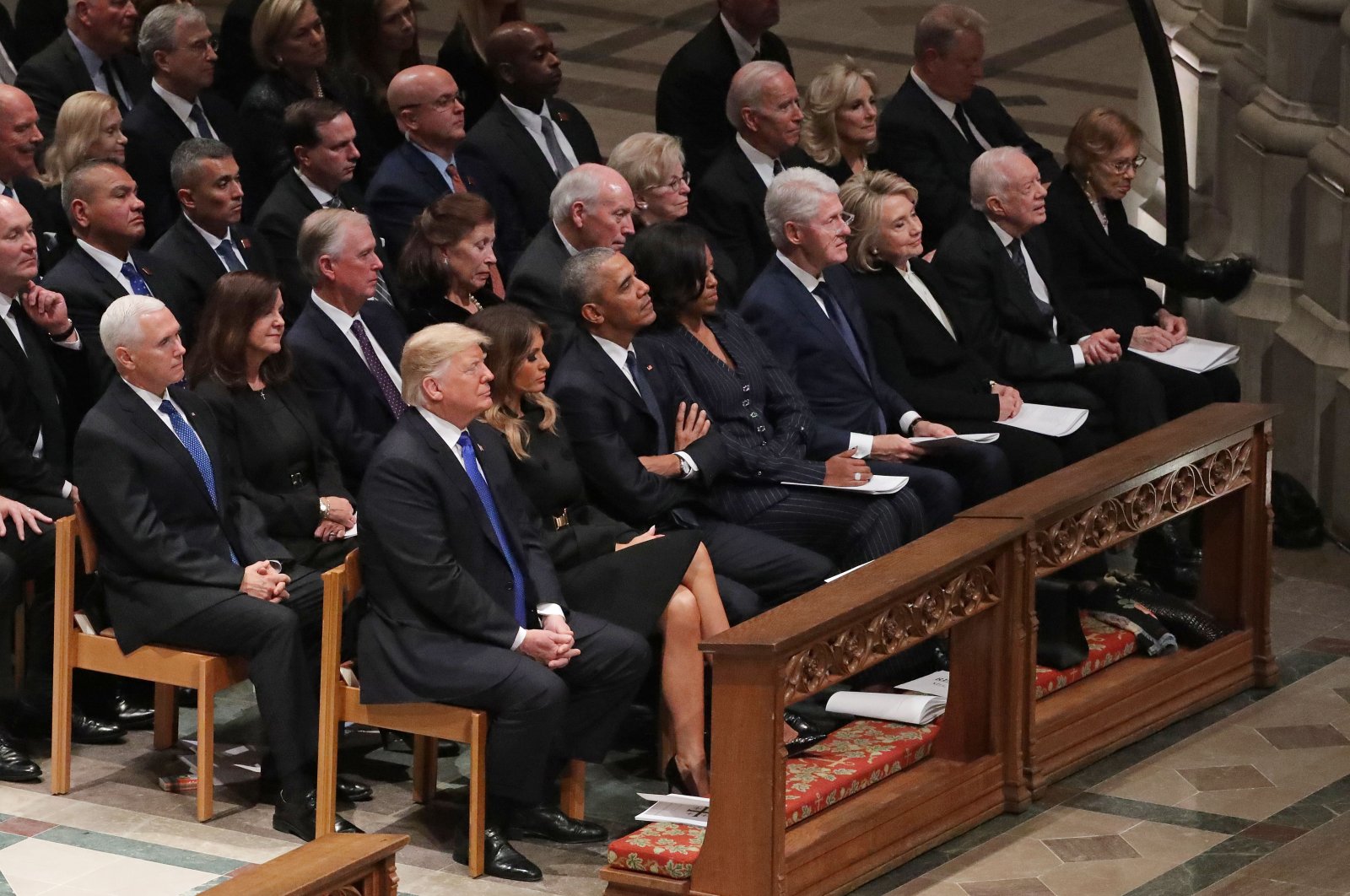 The famous quote thought to have been said by Leo Tolstoy states that “all great literature is one of two stories; a man goes on a journey or a stranger comes to town.”

In U.S. presidential politics, many stories of presidents’ tenures start with a single phrase: “We are back.” Many different U.S. presidents have asserted the statement over the years, promising that with their arrival to the Oval Office, America will go back to its “default settings.”

According to many U.S. presidents, these “default settings” refer to a strong America that is willing to be a global leader. As mentioned previously in this column, it is never specified which period of U.S. history Joe Biden or any of his predecessors planned to take the U.S. back to.

It seems to be an amalgamation of different periods in history when the U.S. economy was stronger, its leadership was unchallenged and the country held a moral high ground around the world.

The term today is considered synonymous with the Biden presidency but it has a history of its own.

During his address to State Department staff on Feb. 4, at the very beginning of his speech, he repeated the phrase twice and said: “America is back. America is back. Diplomacy is back at the center of our foreign policy.”

He also often used this phrase during his interactions with foreign leaders. In his remarks for the Munich Security Conference, he once again repeated the term twice.

He argued that “I said at that time, 'We will be back.' And I’m a man of my word. America is back. I speak today as President of the United States at the very start of my administration, and I’m sending a clear message to the world: America is back. The trans-Atlantic alliance is back. And we are not looking backward; we are looking forward, together.”

However, Biden is not the only president who made an assertion of the U.S.' arrival to the world stage.

In fact, even though Biden uses this term in part to set himself apart from the Donald Trump administration, Trump had also used the same phrase.

For instance in 2018, during the commencement address of the Naval Academy in Annapolis, he deployed the phrase in a rather grandiose return of the U.S. message.

"We are witnessing the great reawakening of the American Spirit and of American might. We have rediscovered our identity, regained our stride and we're proud again... Our country has regained the respect that we used to have long ago abroad, yes they’re respecting us again, yes, America is back.”

Like Biden, when using the phrase, Trump also intended to differentiate himself from the previous administration. According to him, this return of the U.S. also meant the regaining of the respect lost during the Barack Obama presidency.

However, ironically, Obama also used the same phrase during his presidency. In fact, during his State of Union speech in 2012, he said: “We’ve made it clear that America is a Pacific power, and a new beginning in Burma has lit a new hope. From the coalitions we’ve built to secure nuclear materials, to the missions we’ve led against hunger and disease; from the blows we’ve dealt to our enemies, to the enduring power of our moral example, America is back.”

For Obama, the return in question was the return to moral leadership that was not exhibited during the eight years of the George W. Bush presidency.

During his presidency, Obama was not the only person who used this term as in 2015 then-Vice President Biden had also asserted that the U.S. was back. During a speech at Drake University in Iowa, Biden, while talking about the country's economic accomplishments, had said: “Almost 12 million jobs have been added since we’ve been in office, over a record 59 straight months of private sector growth. The fact is, America is back. America is leading the world.”

At that point, for Biden as a vice president, the return of the U.S. mostly had to do with economic recovery.

Of course, even before that, the use of the term can be traced way back to the 1980s, when President Ronald Reagan used it during his State of Union speech in 1984. He had said “there is renewed energy and optimism throughout the land. America is back, standing tall, looking to the eighties with courage, confidence, and hope.”

Later in the same year during an address to Temple Hillel and Community Leaders in Valley Stream, he used the term again and said, “from New York Harbor to San Diego Bay, a strong economic expansion with low inflation is leading the rest of the world into recovery. America is back. America is on its feet. And America is back on the map. But we cannot and we will not rest until every American who wants a job can find a job.”

Thus after Trump’s “Making America great again,” we are likely to see the overuse of the old term “America is back” for the next four years.

Many presidents used it in order to differentiate themselves from others. However, Biden seems to be using it excessively. We will see what the term really means and how effective and significant the term will be in defining his tenure.