Armenia’s defeat may be new window of opportunity 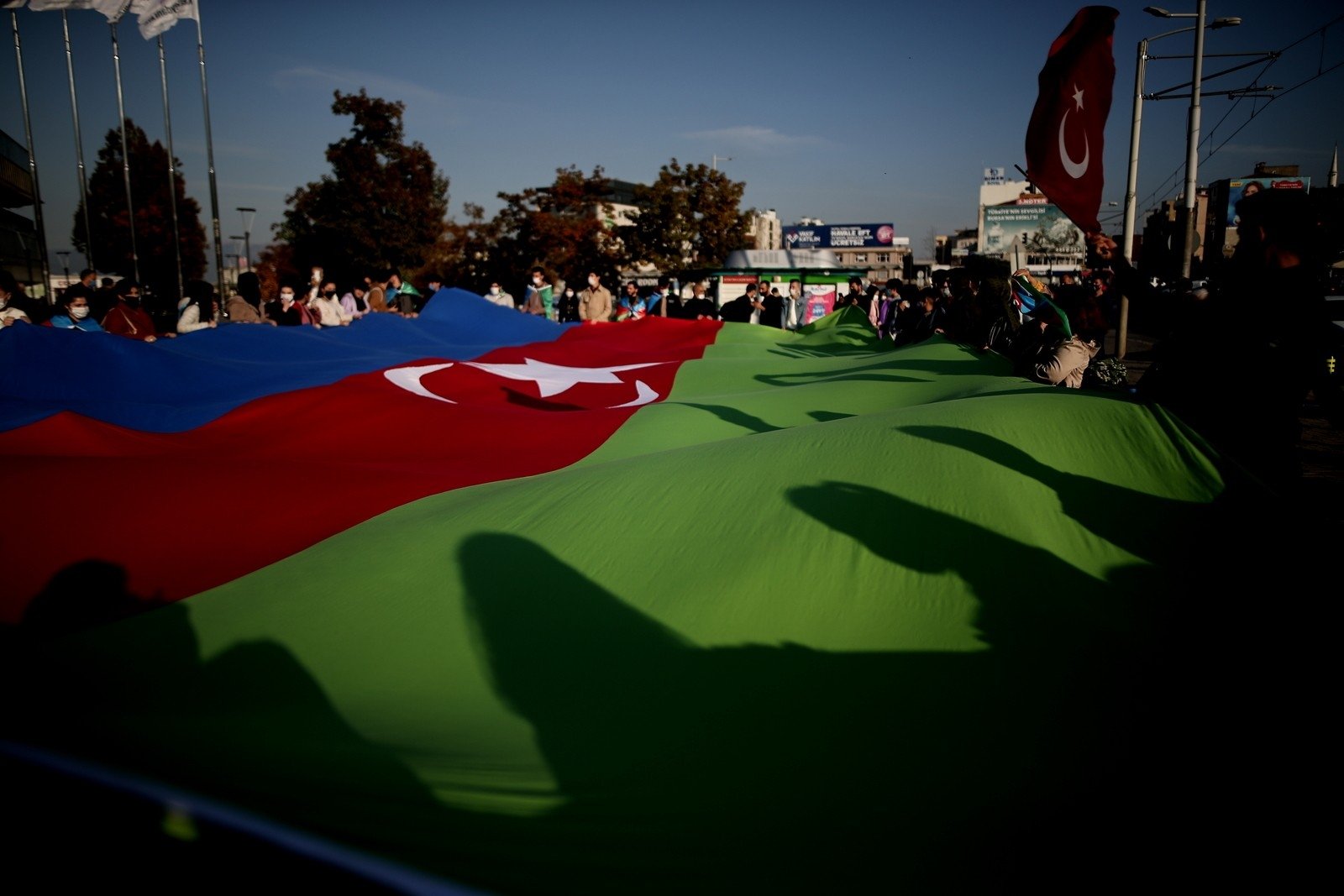 People wave an Azerbaijani flag during a celebration for Azerbaijan's victory against Armenia in the Nagorno-Karabakh region, Nov. 13, 2020. (İHA Photo)
by Yahya Bostan
Nov 16, 2020 12:05 am

The fighting in Nagorno-Karabakh has ended after 44 days. The Russian-brokered cease-fire agreement last week brought an end to Armenia's three-decade occupation of Karabakh. At the same time, it was agreed that Russian peacekeepers be deployed to the region and Turkey would serve as an observer to monitor the cease-fire. Turkey and Russia continue to discuss how the cease-fire and the withdrawal of Armenian troops will be monitored.

The latest war in the South Caucasus, which Armenia's Prime Minister Nikol Pashinian started, led to major changes in the region's geopolitical map. Let us note that the Karabakh war was the first interstate conflict to be won with armed drones. In other words, the use of armed drones in a conventional war took military technology to the next level. By using its Turkish-made drones, Azerbaijan changed the course of that conflict.

According to Azerbaijan's President Ilham Aliyev, armed drones inflicted damages of over $1 billion on Armenia's military. Thousands of Armenian troops perished in drone attacks. As such, the 44-day war in Nagorno-Karabakh opened a new chapter in the history of warfare.

What did the world encounter when the fog of war dissipated after 44 days? Azerbaijan emerged as the clear winner, as the government in Baku liberated its occupied territories after 30 years. Over the three last decades, that country carefully modernized its military and complemented that process with economic welfare – fueled by its rich natural resources.

At the same time, Turkey's support for Azerbaijan took their bilateral relations to the next level and effectively curbed Russia's influence over Baku. Turkey and Azerbaijan thus emerged as the driving forces behind the emerging geopolitical order in the Caucasus. It would be wrong, however, to assume that this fresh balance of power will inevitably clash with Moscow's regional influence.

It is an indisputable fact that Russia exerts a strong influence over the Caucasus. That influence did not weaken in light of the Karabakh war. Indeed, Moscow stepped in, just when Armenia's defeat became a certainty and compelled the two countries to settle. In doing so, Russia waited until Azerbaijan liberated its occupied territories but got to deploy its military, temporarily, to Karabakh in order to stay relevant in the region. Moscow's most recent move was arguably an attempt to meddle in the South Caucasus directly, thus getting rid of its Armenian proxy.

In the final analysis, Armenia suffered a humiliating defeat in 44 days. That country experienced two forms of devastation: Azerbaijan dealt a heavy blow to its neighbor's armed forces, resulting in a desperate Armenia that forced children to fight. It remains unclear how Armenia, a country facing serious financial and social turmoil, will overcome such a great loss of property and lives. Secondly, Armenia's national values have been notably undermined in the Karabakh war. That country's education system and history books have long glorified the Nagorno-Karabakh region, telling Armenian children that the occupied Azerbaijani lands were almost sacred. The loss of that territory, after three decades, will amount to a political and social earthquake in Armenia.

Indeed, we have already seen that earthquake's precursors in Yerevan, where the local population was bewildered by the cease-fire agreement. According to media reports, an assassination attempt against the Armenian prime minister was foiled last week. The chaos is expected to prevail until Pashinian, the man responsible for the Karabakh war, agreed to step down.

Going forward, what should Armenia do? Until today, the government in Yerevan implemented a destabilizing regional policy, occupying Azerbaijani lands and refusing to de-escalate tensions with Turkey. Armenia not only fueled instability but also failed to reap economic benefits. With the Armenian occupation of Nagorno-Karabakh coming to an end, a fresh window of opportunity has emerged before Yerevan.

Armenia and its neighborhood stand to benefit from a normalization of bilateral relations with Azerbaijan and Turkey. To make that happen, Armenia's official ideology must be normalized as a first step. To start a new chapter, Yerevan must kick racism, nationalism and ideologically charged statements out of its history books.