Can we make the world a better place after coronavirus? 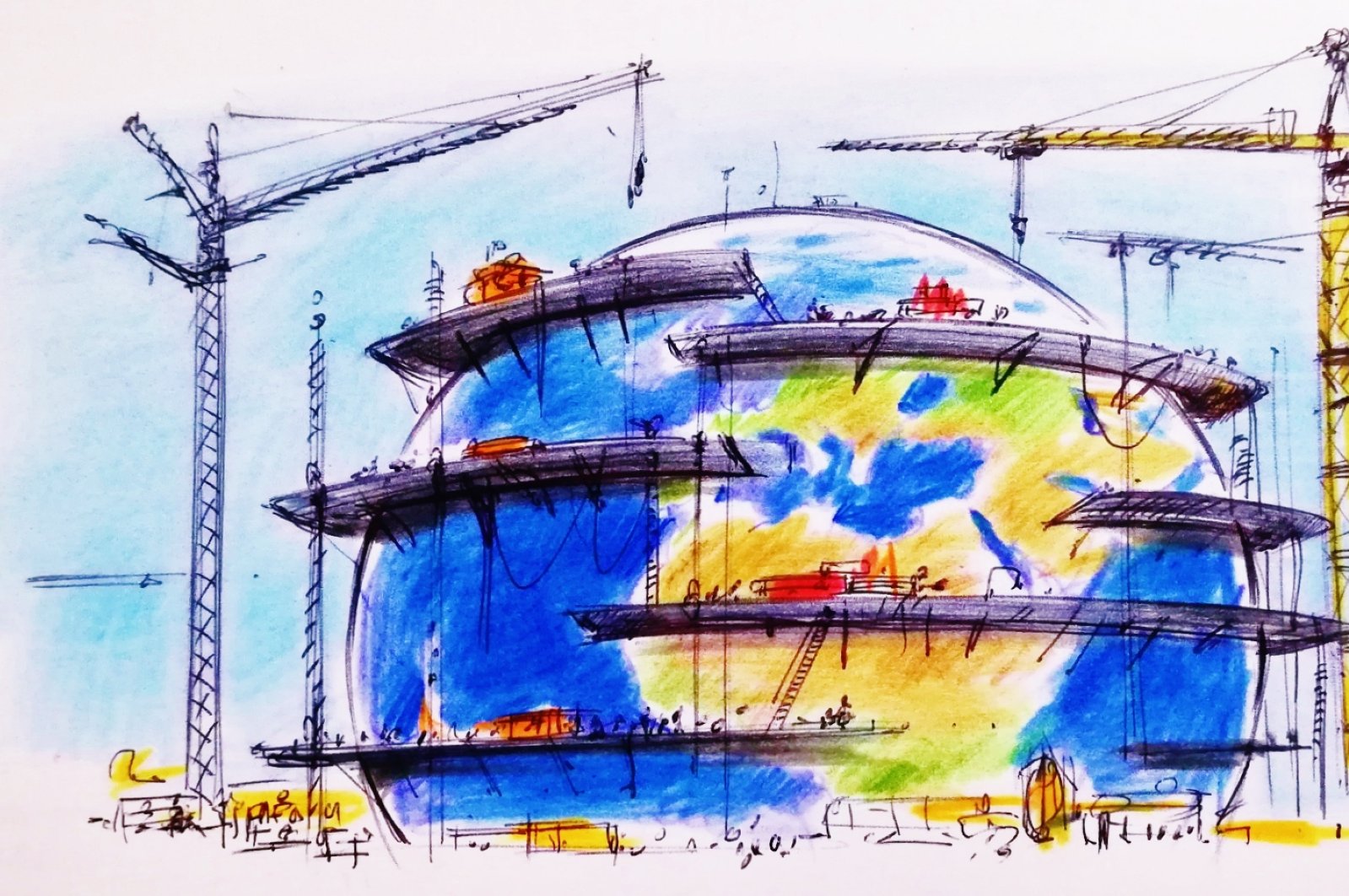 Turkey sent planeloads of medical supplies to the United Kingdom to help hard-hit medics in their fight against the novel coronavirus. A Turkish military cargo plane carrying emergency equipment departed from Ankara and landed in London on Friday which was reportedly followed by another on Saturday. Containing surgical masks, industrial masks, hazardous material suits, the aid packages were sent with a special note quoting Sufi mystic Mevlana Jalaladdin Rumi, who died in 1273 in Konya, Turkey:

“There is hope after despair and many suns after darkness.”

Anadolu Agency (AA) reported that Dominic Raab, the U.K. first secretary of state and secretary of state for foreign and commonwealth affairs, thanked Turkey for its help, and Foreign Minister Mevlut Cavusoglu described the move as an “indication of strong friendship between the two countries.”

It was reported in British media how medical staff in the U.K. were running out of personal protective equipment which is desperately needed to fight COVID-19. The lack of medical equipment is a disaster waiting to happen for health staff who fight on the frontlines against the coronavirus.

In the past weeks, Turkey has also donated medical equipment to many countries, including Italy and Spain, the European countries which are worst hit by the coronavirus. An A-400M cargo plane of the Turkish Air Force carrying aid donated by Turkey reached Spain and Italy on April 1 as part of efforts of NATO allies to respond to the coronavirus pandemic. Reports said the medical supplies donated by Turkey to Spain and Italy consisted of personal protection equipment and disinfectants, including 450,000 masks.

NATO Secretary General Jens Stoltenberg welcomed this example of NATO solidarity in action by saying he was “proud to see NATO Allies supporting each other through our disaster relief center.” Italy and Spain thanked Turkey for its help. Turkey sent the medical supplies after Italy and Spain had requested assistance via NATO’s Euro-Atlantic Disaster Response Coordination Center, which is the alliance’s principal disaster response mechanism.

In addition to that, Turkey sent aid to five Balkan countries including Serbia, North Macedonia, Kosovo, Bosnia-Herzegovina and Montenegro.

In March, Turkey signed an agreement with Iran, a country that has been severely hit by the coronavirus, on donating health care supplies, extending a helping hand to its neighboring country, which is already suffering from sanctions and found itself in a tight corner. As part of the agreement, 1,000 diagnostic kits, 4,715 overalls, 20,000 aprons, 4,000 N95 masks and 75,000 three-ply masks were donated to Iran, the Ministry of Health said on its website.

Moreover, as a firm supporter of the Palestinian cause, President Recep Tayyip Erdoğan said to Mahmoud Abbas in a phone call that Turkey is backing Palestine in its fight against the coronavirus as well, according to a statement by Turkey’s Directorate of Communications.

Libya and Tunisia are some other countries where Turkey sent medical supplies.

All of the medical aid are part of Turkey’s contributions to the fight against the coronavirus which started in China and spread to the whole world. The Ministry of Health is granted the authorization to sign health agreements “on behalf of the Turkish Republic for in-kind donations of various drugs, medical devices and supplies to 86 countries in 2020 by a presidential resolution.”

While addressing a meeting of leaders of the G-20 economic bloc focusing on the coronavirus pandemic via videoconference, Erdoğan called upon world leaders to help the most vulnerable people and countries amid global pandemic.

“No country has the luxury of implementing protectionist, unilateral policies,” he said, and invited all countries to participate in a fair fight against this global health crisis until all humanity breathes a sigh of relief.

Currently, rich and developed countries are at the epicenter of the deadly virus, which shows that we all need each other’s help not only today but all the time. We are on different ships now facing the same storm, but it doesn’t mean that we have to be all alone. It also doesn’t mean that helping each other should be limited with beating the pandemic. We can and we will win the war against the coronavirus and prevent the catastrophic loss of lives. However, will we take a lesson from the crisis we have been through?

Before the pandemic, today’s global situation had been described as “the greatest humanitarian crisis of our lifetime.” Accordingly, the world was facing the highest level of human suffering since World War II. Around 150 million people around the globe are in need of humanitarian help and protection, and the global system, which was supposed to prevent crises, abandoned them as there is no sympathy for marginalized people in developed countries.

Turkey has been ranked second after the U.S. with its humanitarian aid, according to official reports, and the country’s humanitarian expenditures is nearly 1 percent of its gross domestic product (GDP). In addition to that, it hosts the highest number of refugees in the world, official figures reveal. What I mean is that providing help is the international policy of Turkey; it is not only for the fight against the coronavirus.

For years, Erdoğan has tirelessly said that there is a need to revise the current system and stated the structure of the world order is the main reason for its failure. There are too many predictions on the media these days about how the new world order will be in the aftermath of the global pandemic. Today, we see how much we need each other. This is a great chance to empathize with the people who suffer from diseases in Africa, or the ones who die under bombs and in never-ending wars, or the poor countries that cannot provide help their own people. Maybe, we can make the world a better place after this health crisis. If we can learn from it...