'Cancel Culture' cannot get to root of US racism 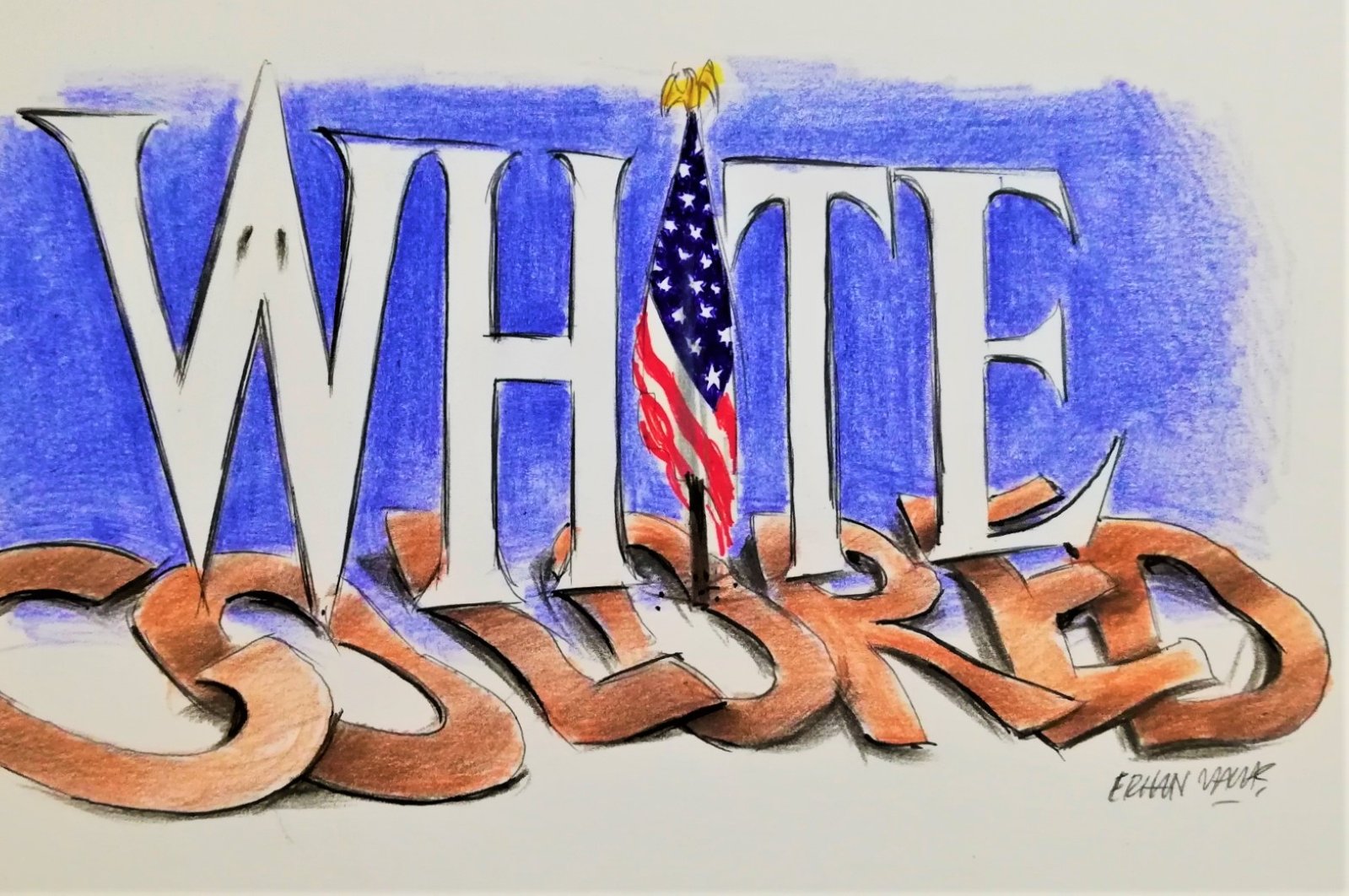 The “white establishment" would stop this new Iconoclasm before it reaches its proper destination: Mount Rushmore. Kyle Smith in his National Review Online article explains for us why the left would consider it to be the ultimate icon to be toppled:

“Washington and Jefferson held slaves, Teddy Roosevelt is damned as a racist, the land the monument sits on was seized from indigenous peoples, and the sculptor, Gutzon Borglum, was friendly with the Ku Klux Klan.”

His article titled “The White-Guilt Cult” is one of the efforts of the right providing rationale to stop the Wokism. Like many on the right, Smith made fun of the movement born out of the protests, naming it the “new woke religion,” which is filling a “God-shaped hole” in secular hearts.

The left’s similar efforts made headlines all over the world. It was called “A Letter on Justice and Open Debate” signed by 152 dignitaries. Major newspapers mentioned the name of only the rich and famous among them. The Daily Beast called them “assorted rich fools, a bunch of wealthy blowhards such as Bill T. Jones, Gloria Steinem, Reginald Dwayne Betts, Salman Rushdie, Wynton Marsalis, J.K. Rowling." Yet the list included not so rich but equally arrogant, pompous, boastful and opinionated people such as Noam Chomsky of Massachusetts Institute of Technology (MIT), Nicholas A. Christakis of Yale University, Francis Fukuyama of Stanford University, Nell Irvin Painter of Princeton University and Steven Pinker of Harvard University.

In fact, they said the same thing: The protests were creating their own “brand of dogma.” This catchword “dogma” somehow makes me think that the text of the open letter must have been penned by Steven Pinker. The 152 signatories said that the “powerful protests for racial and social justice are leading to overdue demands for police reform” that “needed reckoning,” but the movement was going to be “a new set of moral attitudes and political commitments that tend to weaken our norms of open debate and toleration of differences in favor of ideological conformity.”

Neither the deep right nor the high left of the American establishment was going to tolerate a real process of reflection on the original sin of the American foundation: racism. They would allow the protestors to waste their energy, kneel a little on the streets, pray for a while together, even occupy and destroy somewhat (four blocks of downtown Seattle, for instance), as soon as the protestors’ vigor is spent, the Knights Templar of Solomon would buckle down and jump in, as they did.

Fred Bauer, a writer from New England whose work has been featured in numerous publications, including The Weekly Standard and The Daily Caller, warns that “the great awokening undermines ‘E Pluribus Unum.'” Bauer purports the protest movement is doing exactly that. The new religion, dogma or whatever you choose to call it, is about to harm the “Unum” that the U.S. has been standing on. Officially, the “Pluribus” (many) here references “the 13 smaller colonies joining together” and the “Unum” (one) to “one nation.”

Nonetheless, I will argue that there were “many” ethnicities and races and the one refers to founding volition that consciously made the decision to create the Union with the intention of creating one nation out of white people like themselves.

Britain and its colonies in the New World needed to have Africans as unpaid workers, so they commercialized slave labor. But like every self-respecting Christian, the intellectuals among the founders were very much aware that slavery should be abolished. Slavery was a social fact in the East, far and near, but with Islam, the whole institution had been put on notice: It should be abolished. As the newest religion, Islam introduced a new social pact: slave or master, all human beings were equal and slaves should be freed. Unlike Talmud’s dual rules for the slaves of different origins, the Quran provided one set of laws: To please the Creator, the slave owner should free them right away.

The product of thousands of years of social development, slavery was reduced to a waning aberrance as a result of wars (not commerce), but in 40 short years, it had come to extinction wherever the Islamic urban civilization had taken root. First, it made people aware of the fact that slaves were not property but persons, and it prohibited keeping slaves in chains. When the adherents of the new faith began considering their slaves as humans, they started recognizing their human rights, too.

Many a governor of the new Islamic states had been freed slaves. While the language of a slave-based society still survives in English today, the new lexicon of Islam had found new uses for the terms. For instance, nobody could be called a slave of anyone because this term was now reserved for all human creations of God: “the slave of God.”

This lexiconic reform brought by the new faith also made the slave trade disappear gradually. The last bunch of them created their sultanate in Egypt from the ninth to the 19th centuries. Yet the Arabs and other Africans enslaved and sold other human beings to the Europeans. Slavery survived and even flourished after the new demand for labor surged in the Americas.

The new U.S. agriculture (King Cotton) and manufacturing sector (the steam engine) needed workers, free or enslaved. Slavery was so deeply engraved in the hearts and minds of the plantation owners that even after Britain abolished it in 1833 and the U.S. 32 years later, it took four years of civil war and the killing of 618,222 men by their neighbors before the common law in the southern states began reflecting on the northern conscience.

Nevertheless, the “northern conscience” was not guilt-free itself. Despite the civil war, for the sake of keeping the unity, the enforcement of President Abraham Lincoln's Emancipation Proclamation had been slow and inconsistent. The southern slaves were not considered as “real property” anymore, but for a long time after the official abolishment of slavery, those freed slaves were treated as “chattels personal.” What else could a freed slave do if he or she did not agree to “go” with the farm? Keynes’s social democracy, state interventionism and the welfare state were still a century away.

Let’s go a century back and remember that those conscientious Europeans could not even tolerate the existence of any other faith on the same land with them. They found a solution by leaving those lands and moving across the ocean. (Columbus had discovered an already discovered and inhabited country.) They needed to purify their own souls from pride, etc., but also the environment from those whom they considered “different from them.” The land they found to live in peace and work for salvation was not pure enough to their taste. They were reticent to share their newfound land with the indigenous people already living there.

Czeslaw Milosz, who survived the German occupation of Warsaw during World War II, and when communist authorities threatened his safety defected to France and ultimately chose an exile in the United States, single-handedly sounded the death knell for Stalinism and any other totalitarian ideologies which captivated minds. Milosz believed the American mind was also captive because of their willing avoidance of any intellectual activity. Suppressing the ills of such inactivity with superior technological ingenuity, American society never discussed anything, Milosz wrote, that every society should deliberate intellectually. The Americans run and run to work, he said, under the spell of a different kind of captivity.

Unending yearning to create “heaven on earth” made the American the master of everything created on it. Everything on the face of the Earth, the planet and the ecosystem were given to him: “Prosper! Reproduce! Fill Earth! Take charge! Be responsible for fish in the sea and birds in the air, for every living thing that moves...”

So, first pilgrims put the original owners of the land into their reservations and gave them whiskey, lots of it. As soon as the indigenous were out of sight, he imported black slaves from Africa, and with their help, he began building cities in the mountains. He now had a master bedroom in his house; he blacklisted things he didn’t like; he played golf in Masters’ Tournament with his black caddies; if he didn’t like them, then he sold it down the river. White people were excepted from the literacy test to vote, but African Americans were not. A black person could be legally lynched for speaking back to a white person. It is not implemented anymore, but the clause that counts a black slave three-fifths of a person is still in the Constitution.

How could the U.S. face up to its racist history while its legacy is still alive in the language, preserved in the attitudes of white people and displayed proudly in the banners and flags, statues and rituals? The American Civil War ended the selling and buying of black people but considering the black people the “usual suspects” still continues in practice. The violence, a corollary of buying and selling a human person, still continues to draw a cringe-worthy reaction when a Confederate banner is seen on the windowpane of a pizza parlor in Athens, Georgia.

But neither isle of the establishment would allow confronting the founding values of “this perfect union.” Unless they do it, the “stupidity” Milosz talked about 66 years ago will continue and no meaningful discussion about the roots can take place.

One election after another will replace this president with that candidate. Those figures on Mount Rushmore continue to look down with hollow eyes; neither the deep right nor the high left would allow anybody to touch them. As Ruthie Blum wrote, the danger of denigrating America's founding fathers would never be real.

The cancel culture itself will be canceled soon after ruining a couple of statutes without really touching their legacies.