Cash is always ‘the king’ 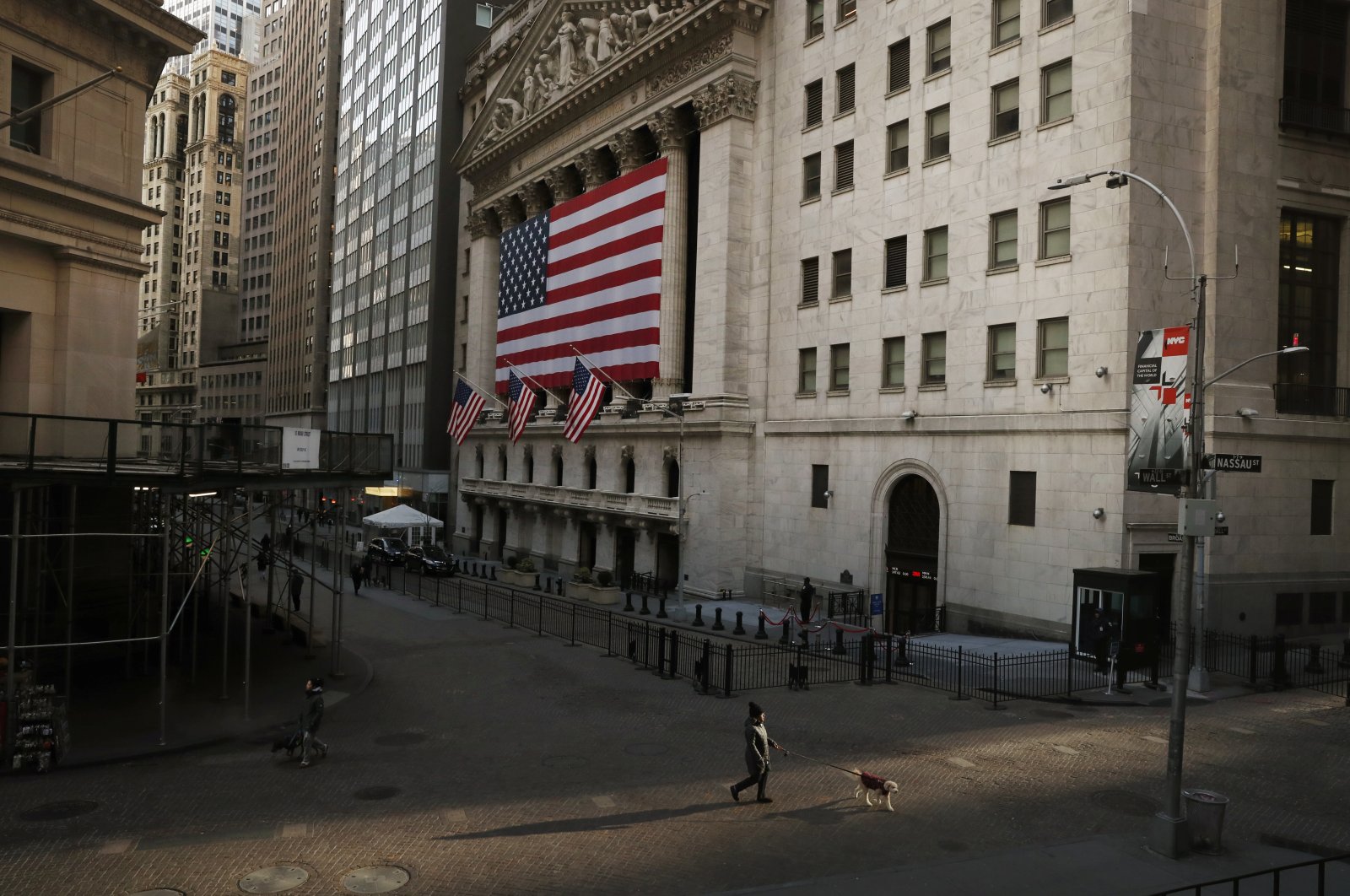 A pedestrian walks on Wall Street, as concerns about the coronavirus keep more people at home, in front of the New York Stock Exchange (NYSE) in New York, the U.S., Wednesday, March 18, 2020. (REUTERS Photo)
by Kerem Alkin Mar 21, 2020 12:05 am
RECOMMENDED

German Chancellor Angela Merkel's statement that 60% to 70% of Germany's population will be affected by the virus outbreak, British Prime Minister Boris Johnson's statements that the virus will spread more dangerously and that many more families will prematurely lose their loved ones, added to the very late warnings and measures by the U.S. administration, the number of possible cases and deaths in question, have all made the situation even more pessimistic.

From a period when China and the Far East were the epicenters of the pandemic, we have now reached a period where both Western Europe and the U.S. and Canada came to the fore.

The World Health Organization (WHO) announced that “Europe is now the center of the epidemic.” This took the global financial markets to even more troubling waters than the stock market crashes in the 1929 Great Depression, 9/11 and the 2008 global financial crisis in the last 10 days, especially last week.

While global investors and local savings holders were selling heavily in stocks and bonds, the most surprising development was a record decline in gold and silver prices. Whereas it was expected that the money coming out of stocks and bonds would turn to gold as a safe haven.

The essence of the sales observed in all investment instruments is as follows: the pandemic and the extraordinary period caused by the virus seems to have triggered the “cash is the king” rule around the world, thus a transition to cash around the world. The leading central banks who are aware of this fact are distributing money to the market through a “helicopter operation” to meet the cash needs in their markets.

On top of the New York Federal Reserve’s (Fed) $500 billion moves, the Fed itself announced a $1.5 trillion cash move. The European Central Bank (ECB), on the other hand, will purchase an additional 120 billion euro ($128.79 billion) worth of bonds.

In all countries, where quarantine measures related to coronavirus were announced, many monetary and fiscal policy measures are being implemented one after the other, including money injection to companies at low costs, tax discounts, tax delays, even zeroing of taxes, spreading and postponing of debts over the long term, postponing the capital adequacy check of banks, and special supports to tourism, airline transport sectors.

The reports and analyses of international financial institutions point out that the delays in the debt-accounts receivable relationship among the real sector in Europe and the problems in the collection of trade receivables have unexpectedly multiplied.

As of today, the economic damage caused by the virus outbreak in Asia-Pacific is thought to have reached $211 billion. The current picture in Europe indicates that the loss caused by the virus worldwide can reach between $500 billion and $800 billion. We will also carefully monitor the possible effects of this situation on global trade.

The world economy has struggled with a lot of big and small crises in the last century that have deeply shaken its foundations. When such crises that affect the whole of the world economy come to the fore, crisis-repellent economic policies set on a nationwide basis follow three pillars: monetary policy, fiscal policy and direct control policies by the government.

The lack of one of these pillars creates a weakness in the fight against the crisis. Therefore, while the decisions are taken by the Central Bank of the Republic of Turkey (CBRT) Monetary Policy Committee constitute the pillar of monetary policy measures, fiscal policy and direct control policy pillars have been put in place by President Recep Tayyip Erdoğan’s announcement of the “Economic Stability Shield” program.

Some direct control measures that can be quickly listed are: in case of companies experiencing difficulties in loan payments during the April-May-June period, stating “force majeure” in their registers; encouraging flexible and remote working models; raising the lowest pension to TL 1,500; TL 2 billion support to families in need; social loan packages for citizens; reducing the share of the citizens – who live in homes with a value less than TL 500,000 – that will be covered by their savings down to 10%; maintaining the minimum wage support; 20,000 new teacher appointments; sanitizing cologne and mask support for the elderly and extending the duration of the prescriptions of patients with chronic diseases without the need to go to the hospital.

On the fiscal policy side: the income tax, VAT and social security premium payments of the April-May-June period are delayed for six months; the VAT in domestic air transportation is reduced from 18% to 1% for thre months; the accommodation tax is postponed to November; stock financing support is given to the exporter; the limit of the Credit Guarantee Fund is increased from TL 25 billion to TL 50 billion; the payments of the deductions of withholdings are postponed for three months; the April-May-June payments for the loans of the tradesmen from Halkbank are postponed for six months, and the holiday bonuses of retirees will be paid at the beginning of April.

The decision regarding the postponement of the tax and social security premium payments primarily for the sectors that are predicted to be the most affected by the coronavirus crisis undoubtedly allows the measures to be extended to second- and third-stage affected sectors if the sectors can explain the “force majeure” to the economic administration.

At this point, thanks to the market diversification success of the Turkish exporters, despite the coronavirus crisis, while we saw an increase of $2.2 billion in export orders between Jan. 1 and March 18 compared with the same period of last year from 131 countries that were less or partially affected by the virus, this figure is $668 million more to 122 countries for the period from March 1-18 when compared with last year.

As stated by Treasury and Finance Minister Berat Albayrak, no real sector party affected by the process will be suffering; Turkey will sustain its determined stance in budgetary discipline and the fight against inflation. If we follow the “stay home” strategy, I hope we will get through this process in three weeks.