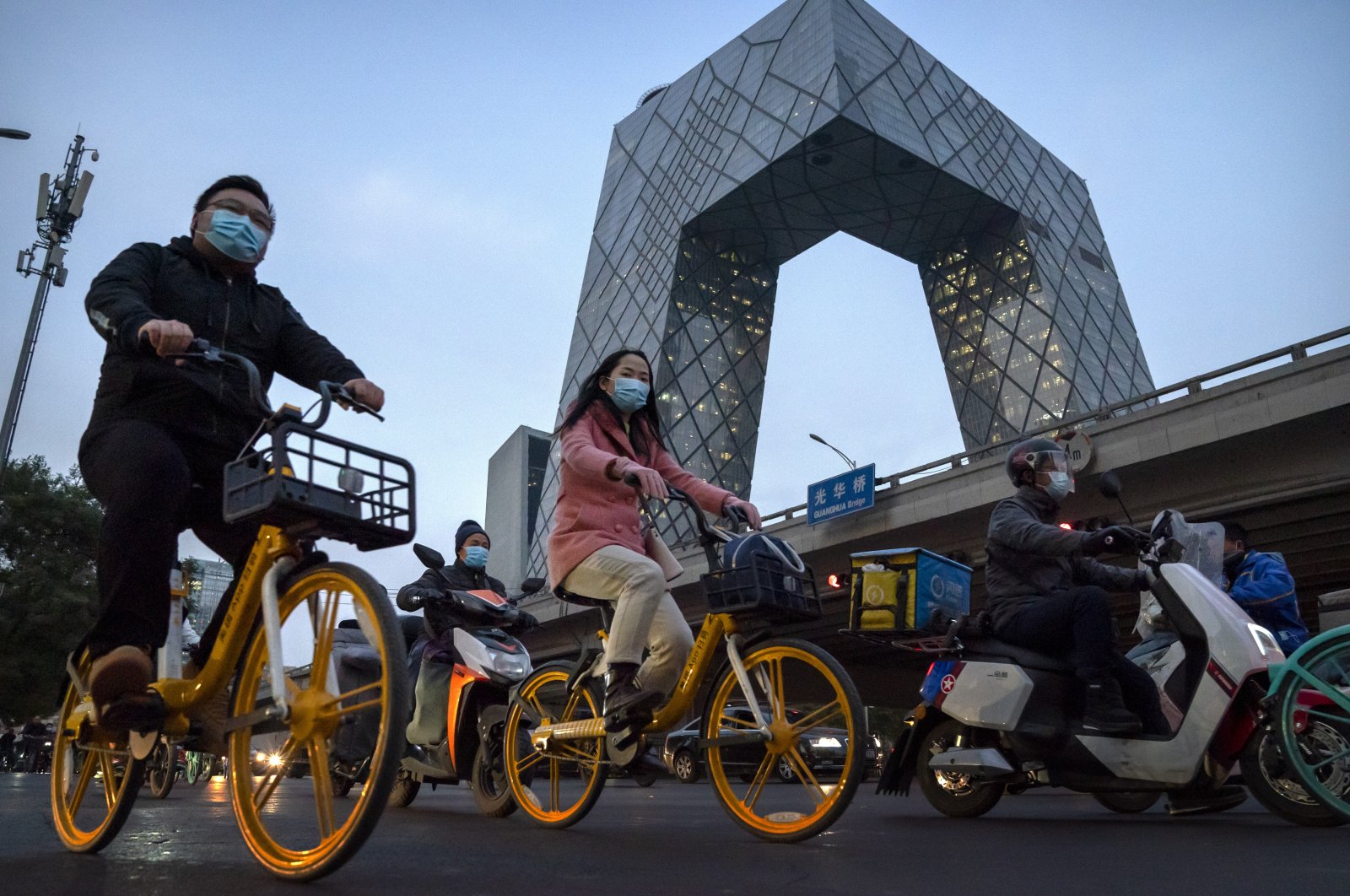 In the midst of the global crunch caused by the COVID-19 pandemic and the debates over the U.S.’ turbulent post-election process, China is attempting to formulate a new strategy for 2025, 2030 and 2035.

For example, as part of its theme “Internet +,” emphasized in the five-year development plan for 2016-2020, China has focused on providing faster and more efficient internet service to every Chinese citizen. It is a comprehensive move in the name of digitalization.

Thanks to Huawei in particular, China has made significant progress in becoming an important global supplier for smart devices and digitalization infrastructure.

As of the end of October, Samsung maintained its position as the global market leader with 79.8 million smartphone sales, while China’s Huawei reached 50.9 million and Xiaomi netted 46.2 million sales. Apple fell to fourth place with 41.7 million devices sold.

The main theme of China's five-year plan, which will come into effect next year, is “double circulation.” This means that China will continue to open up to the world but is aware that it will lose some customers in global trade due to global supply chain diversification.

China will therefore balance some of its losses by reviving the national economy and increasing the share of internal circulation based on its population and economic activity.

For this purpose, it will prioritize the new-generation urbanization, urban employment, share of consumption and service sector in the national income, social security network, education and research and development expenditures.

During the critical four-day meeting of the Central Committee of the Communist Party of China (CCP) in late October, the country’s economic and political goals for the next five years were discussed in detail.

Many topics ranging from technology to green energy use were covered. The gross domestic product (GDP) growth rate targets for the next five, 10 and 15 years were not pinpointed; however, the goal of doubling the national income in 10 years and bringing the per capita income to the levels of developed countries by 2035 seem to have come to the fore.

There were many targets including green and low-carbon oriented practices, self-sufficiency in energy and strategic reserves for the market economy. In addition, income inequality among cities and village households was also highlighted as a priority. Of course, the risks brought on by the aging population and the policies to be followed were not forgotten.

In order to balance its huge foreign trade surplus and its increasing weight in global trade – which is “disturbing” for many countries, especially the U.S. – China also announced a $22 trillion import trade target for the next 10 years.

It is not an unattainable goal for China, which imported $2.14 trillion in 2018 and $2.08 trillion in 2019. Let's see if U.S. President-elect Joe Biden will pressure China as much as incumbent President Donald Trump did in the trade wars.

The red-coded scenarios for climate change and global warming point to a future where we should worry that the sea and ocean water levels could rise between 7 meters (23 feet) and 30 meters, and even above 70 meters in some areas.

The U.S. should take carbon emissions and global warming seriously as soon as possible. Many international institutions are working hard to see to what extent the inevitable disruptions to the ecological balance of the world by 2030 could be reversed.

Following the European Union's call for zero emissions in 2050 and the “Green Agreement” announced at the end of 2019, China's target of a carbon-neutral economy by 2060 sounded exciting. The statement by Japanese Prime Minister Suga Yoshihide on a carbon-neutral society by 2050 also sounded interesting.

Having said that, one of the important prerequisites to achieving these goals is to meet the energy needs of the world economy with low-carbon-releasing energy derivatives and to concentrate energy technologies in this field.

Therefore, the increase in technology and capacity investments in the field of renewable energy since 2010 stands out as the most indispensable strategic move to save the world from a real disaster.

In fact, the Renewable Energy 2020 report of the International Energy Agency (IEA) indicates that renewable energy investors worldwide increased their investments by 4% compared to 2019, to 198 gigawatts (GW). According to the report, the new renewable power investments accounted for 90% of all global energy investments in 2020, a historic record.

The IEA's report points out that, in a normal scenario, 218 GW of additional renewable energy capacity investment would be realized in 2021 and 210 GW would be added in 2022. However, in 2021 and 2022, the effects of the coronavirus outbreak will fade and capacity increases will be close to 270 GW and 275 GW, respectively. This outlook also confirms that an increase of 11-12 GW is expected in geothermal and biomass energy investments.

While the EU aims to increase the share of renewable energy in its total energy production capacity to 32% by 2030, it has reached an agreement on an $889 billion improvement fund in order to adapt and reduce its impact on climate change.

The investments in wind power plants on the sea and ocean will double compared to 2020.

We hope that these moves are enough to save the future of the world.