Coup allegations, Boğaziçi University and the real agenda of Turkey 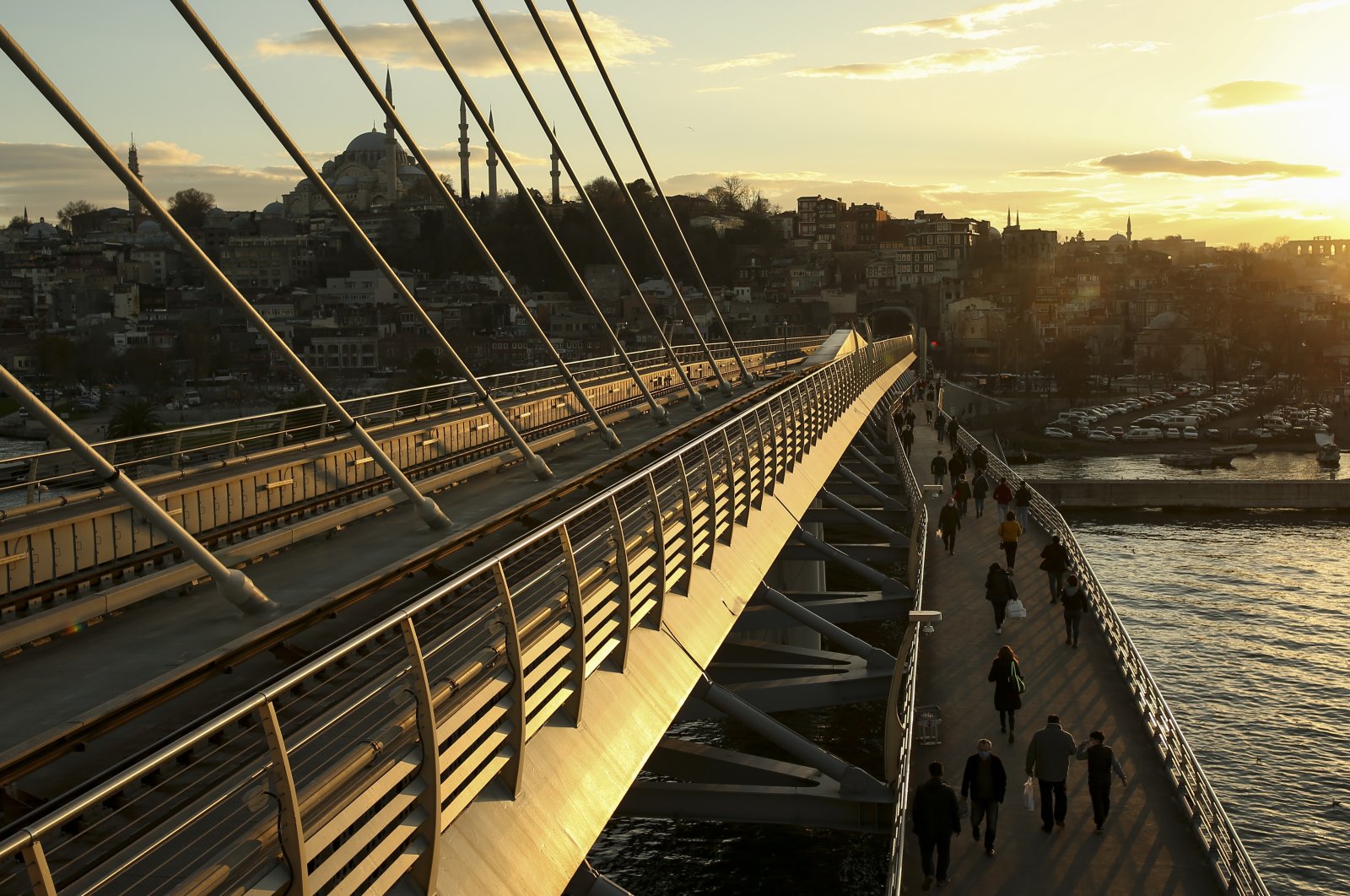 Backdropped by the Süleymaniye Mosque, people walk on the Golden Horn Bridge, over the Golden Horn in Istanbul, Turkey, Dec. 30, 2020. (AP Photo)
by Burhanettin Duran Jan 07, 2021 12:05 am
RECOMMENDED

Allegations of a coup dominated Turkey’s political arena before the Muslim headscarf controversy could be put to bed. From a journalist’s dream of “a great natural disaster” to topple President Recep Tayyip Erdoğan to a former military commander claiming that the 1960 coup could have been avoided if an early election had been called, to the attempted birth of an opposition movement over the appointment of Boğaziçi University’s new rector, Turkey is dealing with a range of fierce debates. All of these conflicts attest to the resilience of the idea of Kemalist tutelage, which simply refuses to respect popular will.

The main opposition Republican People's Party (CHP) Chairperson Kemal Kılıçdaroğlu tries very hard, albeit unsuccessfully, to curb secularist anger. The case of Fikri Sağlar, a CHP heavyweight, was quite striking. He issued three statements, each more revealing than its precursor, to unleash his rage.

Mumbling about “the reactionary threat,” Sağlar proceeded to claim that the Justice and Development Party (AK Party) was “gradually pushing the country toward sharia law.” Ironically, the CHP leadership had carefully avoided the label of Islamism when attacking the ruling party. The former cabinet minister, however, conveniently blended the charge of “one-man rule” with “Islamism,” showing Turkey’s conservatives that the ultrasecularist-leftist prejudice was still alive.

Turkey may have rung in the new year with domestic spats, but one must look elsewhere to find the issues that will impact the country most severely in 2021. A number of questions, including the Muslim headscarf controversy, may be debated, but Turkey’s international standing, along with its related policy decisions and other players’ responses, will be the defining issue through 2023.

Domestic politics, too, will take shape according to that debate. Hence the president’s emphasis on implementing reforms and turning over a new leaf. Against the backdrop of economic developments and the international system’s rebalancing, Turkey will look to redefine its relations with the U.S., the European Union and others.

As the COVID-19 vaccine becomes widely available, significant improvement is expected to follow. Uncertainty, however, will remain the key feature of international politics. As great power competition gains fresh momentum, changes in hostilities and cooperation will push regional players into realignment.

Considering whether Joe Biden, America’s incoming president, can undo the Donald Trump effect at home, the idea that his administration will reinstate the so-called liberal order in world politics seems far-fetched. Washington’s relations with China, Russia and the EU won’t just resume under new rules. Indeed, it will take time for Biden’s motto, "America is back," to be translated into policy.

Even if that process is managed with the kind of decisiveness needed to resolve various contradictions, it stands to cause new problems simultaneously. News of Iran’s latest move to enrich uranium highlighted the difficulty of making progress, even in relatively less problematic areas, such as reinstating the nuclear deal with Tehran.

Nevermind that Israel will possibly play multiple games against that background. As such, policymakers in Ankara hope that the Biden administration will devise its Turkey policy on the basis of a rational assessment.

As the country that responded best to the chaos that marked Trump’s presidency, Turkey will take the necessary steps to seize opportunities over the next four years. Under Erdoğan’s leadership, the country’s defining feature has been its ability to engage in power struggles amid uncertainty. Over the last four years, Turkey scored a lot of points by taking crucial steps in Syria, Libya and Nagorno-Karabakh. That’s why ideologically charged smear campaigns, labeling Turkey as aggressive, neo-Ottoman, Islamist or pan-Turanist, aim to contain the country.

For the record, it is easy to appreciate why some people support such campaigns abroad. What about those within, though, who resort to labels like pro-sharia and Islamist, spread allegations of a coup in the making or attempt to start a new wave of Gezi protests at Boğaziçi University?