Did the 'Orb Alliance' collapse? 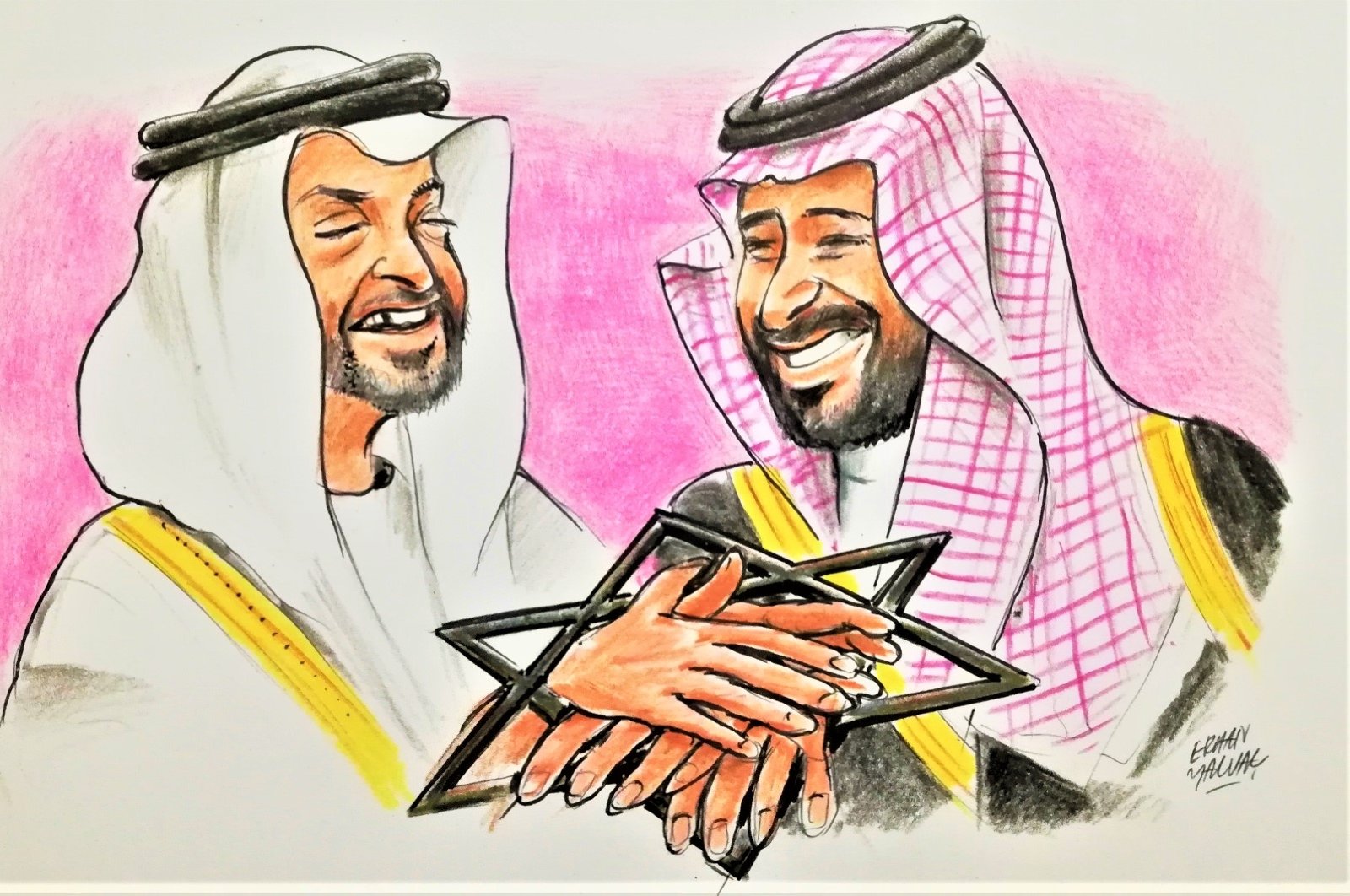 The transfer of power in the United States will have a ripple effect on certain foreign policy issues. Those of us who roam the corridors of diplomacy in the Turkish capital Ankara are all too familiar with the phenomenon. Turkey's diplomatic establishment, too, pays particular attention to the areas vulnerable to change and carefully develops alternative complementary strategies – but let's leave that for another column. Today, I want to delve into the curious developments that have occurred in Turkey's vicinity since Joe Biden's victory in the U.S. presidential election.

It is no secret that Turkey and the United Arab Emirates (UAE) have had their differences. As the Arab Spring turned up the heat on Gulf regimes, Turkey's support of pro-democracy movements in Egypt and Syria escalated tensions with Abu Dhabi and Saudi Arabia. Against this backdrop, the Emiratis quite openly targeted Turkey and, under Sheikh Mohammed bin Zayed's (MBZ) direct orders, made a series of moves to hurt Ankara. These actions included the financing of terrorist organizations targeting Turkey, providing military and financial support to Libya's putschist Gen. Khalifa Haftar and buddying up with those at odds with Turkey in Southern Cyprus.

A group of countries, led by the UAE, doubled down on their anti-Turkish policies following Donald Trump's 2016 victory – a turning point that was spearheaded by a partnership dubbed the Orb Alliance (During his 2017 trip to Saudi Arabia, the outgoing U.S. president posed for a picture with Saudi Arabia's King Salman and Egypt's usurper president, Abdel Fattah el-Sisi, laying their hands together on a glowing orb).

Jared Kushner, Trump's son-in-law and chief adviser on Middle East affairs, was the mastermind behind the partnership in which the crown princes of the Emirates and Saudi Arabia, in turn, were tasked with implementing the alliance's policy decisions.

The Orb Alliance rested firmly on mutual interests. Accordingly, the Gulf states would recognize Israel and endorse its decision to relocate its capital to Jerusalem. In return, the United States and Israel agreed to allow the Emirati and Saudi regimes to continue their rule, helping them carry out unlawful acts in other places. The partners all agreed on containing Iran's expansionist efforts.

To be clear, the Orb Alliance was no union of equals. Trump even publically declared that the Saudi king would not last two weeks without U.S. support. The 2018 murder of journalist Jamal Khashoggi in the Saudi consulate in Istanbul, showed just how much confidence the Orb Alliance had given Saudi Crown Prince Mohammed bin Salman (MBS).

The roots of Qatar's troubles with Saudi Arabia and the UAE were the same roots troubling Turkey. Remember the terms that Qatar was expected to accept? Doha was supposed to shut down Turkey's military bases, burn bridges with Ankara and support a potential move against Iran. In other words, the Orb Alliance's direct target was Iran but its indirect target was Turkey.

In the end, Qatar rejected the terms and faced a blockade, with the situation remaining unchanged until Trump failed to clinch reelection in November. Earlier this month, the Gulf Cooperation Council (GCC) invited Qatar back to the table after four years and shook on a normalization deal. The borders reopened after three years in the presence of Trump's son-in-law.

The agreement was only possible thanks to the foundation that the Orb Alliance provided as the Trump-sponsored pact allowed for the Arab states to begin ameliorating ties with Israel. The U.S. president and Israel got what they wanted but the UAE and Saudi Arabia were unable to fulfill their regional ambitions – normalizing ties with Qatar, something they did not want to do, attests to the fact.

Let me close with a quote from Emirati Foreign Minister, Anwar Gargash, who made the following remarks in a recent interview with Sky News: "We have no reason to disagree with Turkey. What we want to tell Turkey is, we want to normalize our relations within the framework of mutual respect for sovereignty."