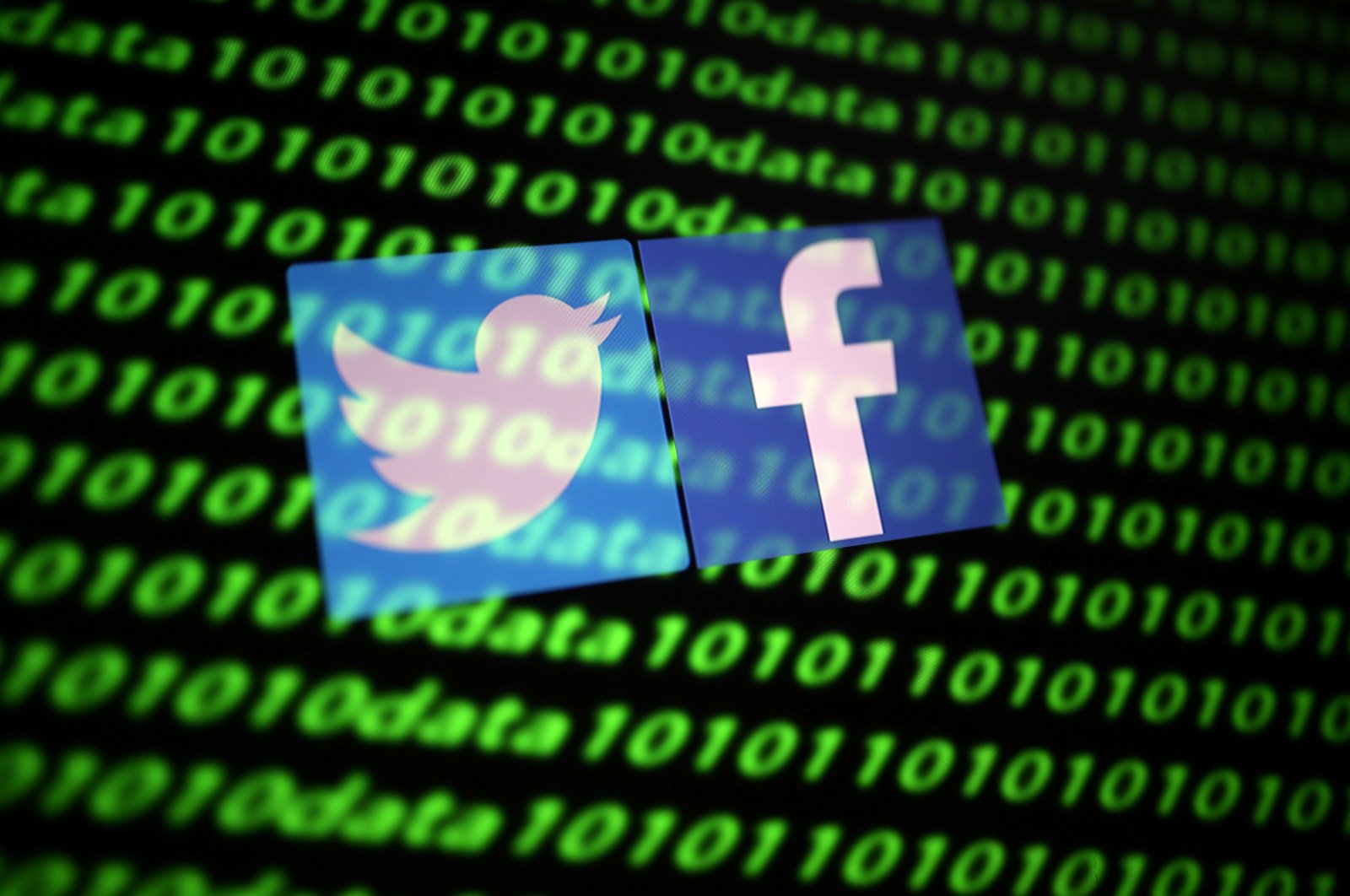 The Twitter and Facebook logo along with binary cyber codes are seen in this illustration taken, Nov. 26, 2019. (Reuters Photo)
by Burhanettin Duran Jul 04, 2020 12:05 am
RECOMMENDED

The debate over the regulation of social media platforms rages on, as countries around the world grapple with hate crimes, insults, terror propaganda, disinformation, manipulation, fake news and defamation.

Back in 2017, Germany and France, along with other European countries, passed new laws to protect their citizens from the negative impact of digitalization. The lack of regulation regarding social media platforms had emerged as a serious shortcoming. Earlier this week, President Recep Tayyip Erdoğan launched an effort to regulate the operations of Facebook, YouTube, Instagram, Netflix and others in light of a rather unfortunate incident.

Shameless responses to Treasury and Finance Minister Berat Albayrak’s announcement of the birth of his fourth child on Twitter marked a new low. I would like to hereby congratulate the minister and his wife, Esra Albayrak, and condemn this attack on the sanctity of families. I hope that the perpetrators will be punished and this unfortunate incident will encourage politicians to find a middle ground regarding social media regulations.

The joint social and political response to that obscenity was a welcome development. Yet those who fuel all forms of anti-Erdoğan sentiment on social media must draw the right lessons from the latest attack against a newborn. Such reckless acts cannot be deemed a form of political opposition. They undermine our shared values and weaken democracy. The rivalry between political and ideological views must not lead to violations of basic humane values. We must keep in mind that people from all political backgrounds have faced (or will face) such smear campaigns to tackle this problem.

The opposition does not solve any problems by urging the government not to meddle with social media and claiming that Turkey is restricting freedoms. Indeed, we must make new laws regarding social media with the understanding that any Turkish citizen could end up in the same situation as the Albayrak family. Those companies must be required to establish permanent offices and pay taxes in Turkey. They must combat fake accounts and swiftly share information with the Turkish authorities regarding criminal content. Turkey must punish companies failing to comply with those rules – just like France, Germany and Italy.

Regulation is not the same as restricting access to social media platforms. It merely is an attempt to protect Turkish citizens, civil society, humanitarian values, the state and democracy. It is intended to prevent terrorist groups like the Gülenist Terror Group (FETÖ) and the PKK, along with anti-Turkey lobbyists, from spreading insults and manipulative content online.