Do you live your reality or your dreams? 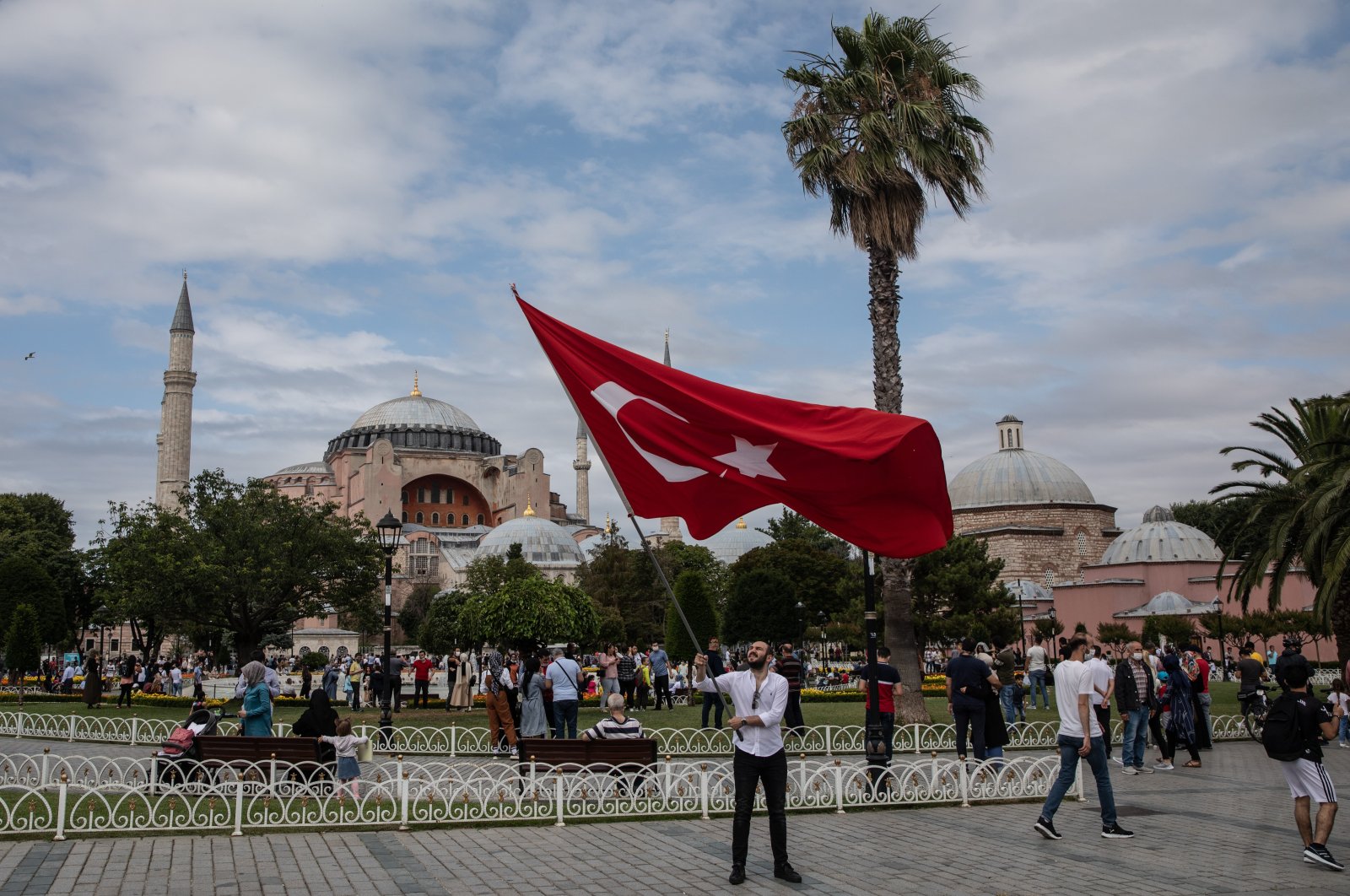 Both we and NATO know that Turkey's purchase of the Russian S-400 anti-aircraft weapon system disturbs the U.S. not because its installation in a NATO country could be harmful to the alliance's defense system or because of the $2.5 billion (TL 20.33 billion) Turkey will put in Russia’s pocket. It is disturbed by Turkey's cooperation with Russia on aerial defense systems.

This partnership provides Turkey with technical training opportunities as well as missile technologies expertise. That is to say, Turkey is about to take an essential step toward achieving independence in terms of its defense, a goal that has already been nearly 70% realized.

This is mostly a national defense issue and therefore those announced percentages should be viewed accordingly, but if the list of the items and the video images rolling on TV screens when President Recep Tayyip Erdoğan or Defense Minister Hulusi Akar speak can be taken as indicators of the real developments happening in Turkey then it is safe to say defense independence is a genuine issue on Turkish minds.

Mark the word “real” in the previous sentence. Ever since Hermann Hesse – a German-Swiss poet, novelist, painter and winner of the 1946 Nobel Prize for literature – uttered his famous words “there is no reality except the one contained within us,” and Dr. Phil made us believe that what is contained within us as reality is what others say is true, we have lived in a post-truth age.

We see one reality in Turkey, the Pentagon sees another reality. The reality of Turkish-Russian synergy and how Turkey benefits from it does not fit into the world designed within heads in the Pentagon and Foggy Bottom.

This happens when you depart from American pragmatism and enter your own principled realism. Those principles are actually the dictates of an ideology that has already dragged the good U.S. of A. into countless wars which couldn’t be won.

Let the U.S. promise whatever it wants to promise to Greece by bringing an aircraft carrier under Turkey's nose. It is not going to deter Turkey on its path to defense independence. U.S. President Joe Biden's haughtiness will not discourage Erdoğan from achieving the vision, nor will the European Union nodding its collective head like a suction pump in agreement with veiled U.S. threats instill fear of the consequences in Turkish hearts

Emmanuel Macron of France has been trying this for months now. He is even selling his out-of-date Dassault Rafale aircraft to Greece for a song. Greek Prime Minister Kyriakos Mitsotakis hopes that the warplanes will act as a deterrent to Turkey claiming its maritime rights in the Eastern Mediterranean.

Let’s go back to the real truth: Turkey has been reemphasizing its willingness to join the EU, despite all their quarrels. Both the opposition and government alliances in Turkey agree on one thing: full membership in the EU.

Despite the country's membership application having been neglected for 33 years, 11 months and 13 days, which many could consider declined, Turkey remains as adamant as it was when it applied for full European Council membership on April 14, 1987.

Turkey has renewed its full membership application on several occasions since then. Despite the obvious reluctance of the EU, most Turks sincerely support the EU quest. But no one should confuse the country’s natural tendency to be oriented towards the West with its acquired worries about the Western intentions about Turkey.

Turks have not fabricated these worries about Western intentions without reason. For them, Ottoman Empire came to its demise due to natural causes. For Turks, their survival on one-sixth of the empire's area was achieved in spite of European and American designs.

Still today, those books the purportedly tell the story of the U.S. and European grand-designs about Turkey and the region remain on top of best-selling lists.

Hence, when the Organization for Security and Co-operation in Europe (OSCE) Minsk Group (read France) stalls from freeing Nagorno-Karabakh from the Armenian occupation, not only people of Turkey but Azerbaijan as well remember those grand imperial schemes of the late 19th century on the region.

When those Biden neocons revive the plans for dismembering Iraq and Syria, not only the people of Turkey and Azerbaijan but all the Sunni and Shiite Arabs of the region, remember the Sykes-Picot agreements between France and England, as well as 28th U.S. President Woodrow Wilson’s maps presented at the Paris Conference.

When you do not deliver the planes that Turkey has been helping manufacture that have been paid in full to purchase, Turks are naturally going to assume that you do not want Turkey capable of sufficiently defending itself.

The absence of the F-35 warplanes is not going to make Turkey any less capable of defending itself. That is not the issue here. It is the very act of denying Turkey what rightfully belongs to it; the bullying attitude that says “We can do whatever we want to! And you can do nothing about it.” That is the message the deep state (or what former U.S. President Donald Trump used to call the “entrenched bureaucracy”) has been sending to Turkey.

But before lecturing Turkey, all prime ministers or presidents on the other side of the Danube should check their facts and their relationship with reality. Because the truth looks different from this side.